Decades ago I hired a friend of one of my employees. The corporation I worked for wanted growth and to grow more bodies were needed. The new hire was average at best but again the company wanted growth so I stuck with him. One morning it was brought to my attention the aforementioned employee threw a temper tantrum and punched a hole through a wall in our conference room.

I took a look at the hole, found the guy, fired him immediately and escorted him to his car.

He’d created a situation that required a response.

His behavior put the safety of the other employees, our customer base, and the business in general, at risk.

My response was swift and enforced the “law”.

To his credit he realized his mistake and left without further incident.

The overwhelming majority of my employees were thrilled with my decision as order had been immediately restored and the few who weren’t knew if they broke the “law” they would also lose their jobs.

The need for “security” by the human animal is only superseded by water, food, and shelter.

Currently “security” is something humans across the planet do not feel they have because of one particular issue.

Brexit wasn’t about leaving the EU. Brexit was about stopping the massive migration of Islam into the United Kingdom.

Donald Trump wasn’t elected because he is a genius contractor worth billions.

Trump was elected to stop the massive migration of humans coming from Mexico, Honduras, Guatemala, China, and any country that practices Sharia Law.

For those of you who doubt this we only have to return to the early Primaries of the Republican Party. Trump was in the bottom half, when he said on the stage for all to hear, that he would build a great wall and start removing humans here illegally.

Then candidate Trump went from the last half of the pack to the Leader and never looked back.

Abraham Maslow did us a tremendous service when he articulated the primary needs of the human animal.

As I have covered many times that the Human Animal and Human Being are two completely different things I won’t do so today.

The Progressive-Democratic-Socialist-La Raza-BLM-CAIR Party has just elected a new leader who believes in “The Race” and the eventual overthrow of a portion of the United States through…massive migration from Mexico, Guatemala, and Honduras.

An open border concept until La Raza has enough of “The Race” to remove the United States Constitution.

What’s crazy is it has been happening for decades and Reagan, both Bushes, Clinton, and Obama have embraced it with both hands with massive amnesties, financial, medical, and educational support.

How is America paid back?

By the Mexican Central Bank reporting that almost 25 BILLION American Dollars left the United States in 2016 to land in their institutions and has been happening for years.

In other words incredible wealth is LEAVING our economy to be spent in a country that is not only a failed State but openly traffics in humans, narcotics, weapons and is controlled by drug cartels.

Yes, we are funding our own demise.

For many, that 25 BILLION number, looks oddly familiar.  There is a reason for that.

That number is reportedly what it would take to build the Wall.

So if we stop providing water, food, shelter, education, legal representation and employment for illegals (who are removing the circulation of money inside the United States) and employ Americans we will easily have more than enough to enforce the law and secure the country in less than one year.

Sounds so easy doesn’t it?

In fact we have a phrase for this.

For those in Local, State, or Federal government who will not uphold their oaths indictments must occur.

Thu Mar 9 , 2017
On Aug. 10, 1990, Jennifer Schuett was abducted from her bedroom by an unknown man. She was strangled, her throat was slashed and the 8-year-old was left for dead in a field in Dickinson, Texas. Unable to speak, she found a way to answer questions and provide investigators with important […] 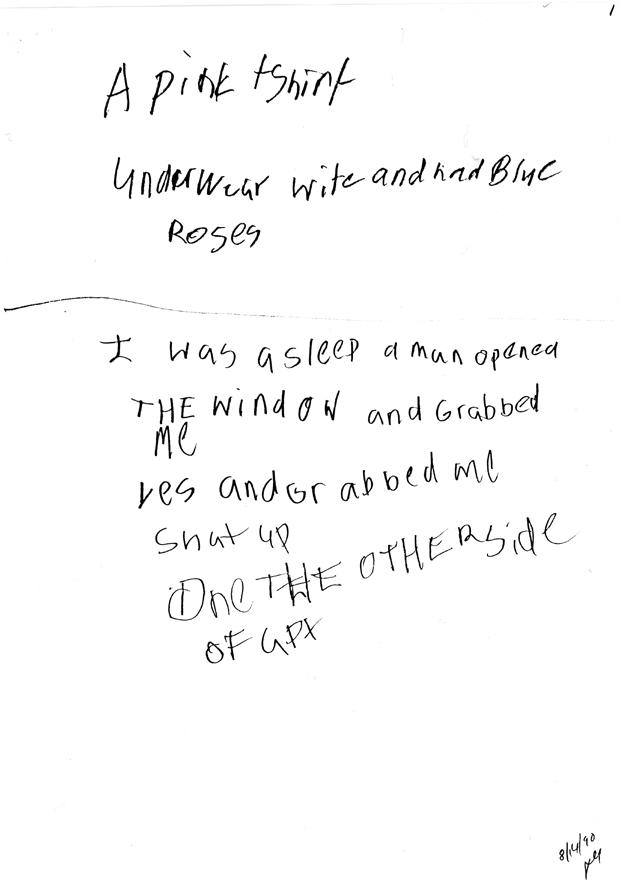