Neil Gorsuch had a real opportunity.

Senator Orrin Hatch, interestingly enough, walked the Supreme Court Nominee right into Marbury versus Madison.  Gorsuch could have spent a significant amount of time providing knowledge (assuming he had some) or at least both sides of the argument in the 1803 case.

Instead he punted with a weak comment about not wanting to re-litigate the most important case in American Jurisprudence.

Gorsuch later decided to announce that “we are stuck with them” once judges are approved.

Of course this is false and is yet another example of the difference between an “educated” person and one with knowledge.

Finally, he was asked a wide variety of questions, that an ethical person, would answer the same way every time.

He responded to some, parsed others, and then fell back on I cannot comment on specific cases when something came up he didn’t want to answer.

This is called pulling a James Comey.

I wish I could say I am still surprised by Boomer Politicians, Media, etc., but after thousands of stupid comments and actions the only thing that I am surprised by anymore is our willingness to believe them.

I can hear the questions now.

What about Trump, Jason? Do you still support him?

I’ve stated many times that although I support Donald Trump I do not support the Republican or Democratic Parties.

Trump is the first “non-politician” to be elected President in my lifetime.

Yes, but they are mistakes of assertion and trust, not passivity or ethics.

He currently trusts Reince Priebus, Paul Ryan and apparently James Comey.  These are mistakes, and because of these mistakes, the swamp isn’t being drained.

Neil Gorsuch was chosen by the Republican Establishment, and just like the rest of us, I doubt Donald Trump had ever heard of him until recently.

Some will say Gorsuch is a conservative, a Constitutionalist.

I listened to the man.  He isn’t even close to a Constitutionalist.

Now I am not a conservative.  I am an American but it is my understanding to be a “social conservative” one must definitely be pro-life and probably against gay marriage.

Gorsuch stated under oath both of these issues are settled law and in case some haven’t been paying attention they aren’t “settled” to the satisfaction of social conservatives.

He is a “compassionate conservative”.

In other words a liberal.

An enabler of corruption, who “interprets” the Constitution, to make it fit whatever case is in front of them, is guaranteed the “right” outcome.

Under John Roberts, forcing Americans to purchase a product or financially penalize them through the Internal Revenue Service, was “constitutional”.

It is well past time to stop using attorneys/judges to fill our courts.  Constitutionally it is not a requirement.

Morally we cannot afford it anymore.

In roughly the same news cycle a young woman who has been called a “right-wing firebrand conservative” was asked a question about abortion.  She shocked many when she said she was for limited government and part of limited government was not having them in her home, her guns, or her body.

She was ripped by some in the “conservative” crowd and suspended from her job by her boss who among other things is a Never Trumper.

Now, Glenn Beck has every right as an employer to “suspend” Lahren for her comments, and depending upon how her contract is written, every right to fire her if he so desires.  I doubt he will, as Ms. Lahren, has passed Mr. Beck in the ratings department.

The reason I have paired these two items together is to show how one subject, abortion, is allowing the security of our country to weaken daily.

More important than failing economic and legal systems that are causing the deaths of Americans daily.

More important than human trafficking that allows slavery to continue.

Because of this one issue, liberals have just enough “one issue supporters” to allow decades of criminality to not only “creep” in but overwhelm our schools, jails, prisons, hospitals, and social programs through amnesty and amnesty related programs like DACA.

Two potential DACA recipients were just picked up in a “sanctuary city” in Maryland for raping a fourteen year old girl at school.

We aren’t protecting anyone.

It doesn’t have to be this way.

In fact for America to survive and thrive it can’t be this way anymore.

“Though I walk through the valley of the shadow of death, I will fear no evil: for thou art with me”.

One thought on “Protection or Politics” 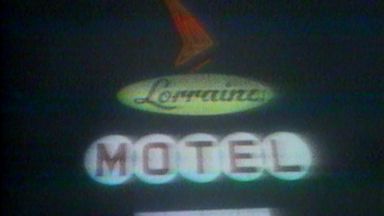