One day last week, on my way to work, I turned on the radio.

These days I normally head straight to music, but on this particular day I was feeling good and a little curious about the rest of the channels that I’d ignored off and on for the last few years.

I went to FoxBusiness first and listened to a grown man-child drone on about nothing in particular.  After sixty seconds my brain began to atrophy and I reached for the knob.

I hadn’t listened to the Comedy News Network (CNN) in forever but there had to be a missing plane somewhere that Russia was probably responsible for.

Wolf “Coyote” Blitzer was hyperventilating about the possibilities of Hurricane Irma while trying to pin some politician down regarding the raising of the debt ceiling.  In between the Coyote’s wailing and whining the no name politician used the term “schooled up” which caused me to lung for the knob and twist it to anything that would make the pain stop.

I landed on a station titled Mad Dog.  Mad Dog is supposed to be a sports talk radio station and par for the course the host was talking about how Hurricane Irma was going to mess up his kid’s fantasy football team.

Then again that is sports these days.

I’m always a glass half full person but we may need more glass and better humans.

In other words we need a bigger boat.

I thought about one more shot with sports radio but my senses finally kicked in and reminded me that to listen to former athletes who don’t enunciate or use words like “funna” “aks” or “whatsupdog”, accompanied by shock jocks that have no idea what it is like to compete athletically at any level, wouldn’t be something beneficial to my day.

As previously mentioned I headed to music.

I enjoy all forms of music but these days I prefer to listen to melodies that were created not sampled, harmonies not drowned out by a thumping bass, and lyrics that don’t refer to women as bitches and “hoes”.

Actually it’s not just these days.

It’s been this way my entire life.

I call it sane.

That’s an inside joke for those who have been with me for a while and have also read Late Bird.

As always thank you.  You are the reason OUR message continues forward.

We are building an army from Northern California to Oklahoma to Michigan to New York to Florida.

As an American Brother of mine recently wrote, “It’s just beginning. I’m glad we are finding out who all the softies are before s*&t gets real. Pass me the ball, I’m ready to score. March on Brother!”

I landed on a country station that reminded me EXACTLY why I listen to country. The duo Brooks and Dunn came screaming through the speakers, fortunately without bass.

There are so many wonderful lines here I won’t try to cover them all.

They did masterfully describe our country.

“Only in America, Where we dream as big as we want to”.

Otherwise known as the pursuit of happiness.

Of course for those to dream of fame and fortune someone has to pay the rent.

That someone is US and we continue forward to ensure that those “faces in the rear view mirror” get that chance to be President.

Lookin’ at the promise of the Promised Land.

They are counting on US.

They are counting on you.

Dreamin’ in Red White and Blue.

Where we dream as big as we want to.

The dream is Freedom.

The rent is due.

4 thoughts on “Lookin’ at the promise of the Promised Land”

WATCH: Prince Harry: The birth of a royal 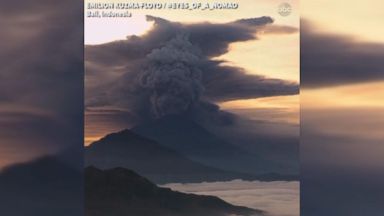