Presidential candidate for 2020, former Vice President Joe Biden apparently forgot what his late son, Beau Biden did for a living.

On Thursday during a CNN town hall with a live audience Biden claimed that his son, Beau was the “Attorney General of the United States.”

The elder Biden was sadly mistaken because his son Beau was Attorney General of Delaware but not the United States.

Anderson Cooper of CNN was the moderator and asked Biden, “How will you restore the barriers between the Department of Justice and the Oval Office?”

Biden went on to stumble through his words and said, “My son  ̶̶  the one who  ̶̶  my deceased son, was the Attorney General of the United States and before that, he was a federal prosecutor in one of the largest offices in the country in Philadelphia.”

Biden then added, “And I’ll tell you what, he wouldn’t even talk to me about anything he was doing  ̶̶    his father  ̶̶   and he shouldn’t have, and I didn’t have any control over either one of those things.”

Your son was not the “Attorney General of the United States.” pic.twitter.com/QnoT0xKvCW

The caucus have begun in Nevada and hopefully we’ll have the results in a timely manner. We’ll find out if people in that state support the gaffe machine known as Joe Biden or one of the other 2020 Democratic candidates.

Personally, I cannot imagine standing behind any of them.

Sat Feb 22 , 2020
Earlier this month, temperatures in Antarctica appeared to reach a record-breaking 64.9 degrees Fahrenheit, matching the temperature in Los Angeles that day. New images released by NASA show the dramatic ice melt caused by the heat wave, a phenomenon that is becoming more and more common in the peninsula.  NASA’s […] 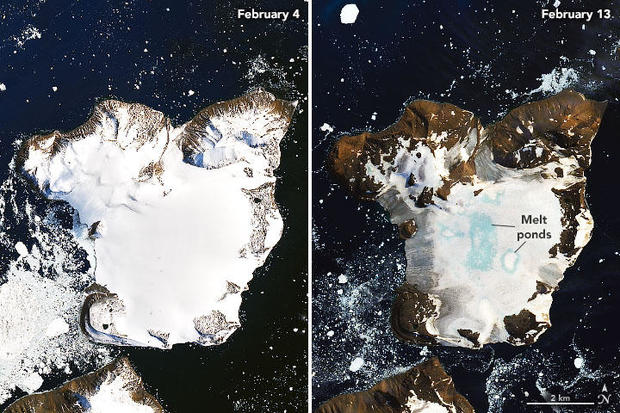