Leaders don’t lead from the back or check the wind and adjust to which way they think it is blowing.

It is understandable that some in America aren’t sure anymore what ethical leadership looks like.

After twenty-four years of Clinton, Bush, Obama, the appearance of “leadership” hasn’t been seen in almost three decades.

So let us be clear.  Leaders don’t join groups.

They create a vision and move forward regardless of support.

Real leadership is driven by ethics and ethical people don’t meet “in the middle”.

How does one meet La Raza in the middle?  They think they are the RACE.

How does one meet Black Lives Matter in the middle? Wait until they attack more cops and then grant them pardons?

How does one meet CAIR in the middle? Allow the continued murder of homosexuals as long as they stop beating women?

How does one meet the Klan in the middle? Offer pink sheets, fire retardant timber, and a dental plan?

This is America and we don’t meet evil “in the middle”.

At least we don’t where I come from.

You see where I come from we don’t wear onesies or vaginas.  We listened to the Material Girl but even back then we all knew she wasn’t like a virgin or sane.

We’d heard of Meryl Streep but back then we called her Jane Fonda.

Where I come from citizens wore guns on their hips, not concealed in the least, and if you had a truck, you had a rifle in the rack, and nobody cared or got shot.

I personally wasn’t much into guns or knives.  It’s hard to carry one when you are constantly swinging a bat but my younger brother and I used to stalk deer in the mountains to see if we could get close enough to touch them.

Almost did a couple of times.

Where I come from if we catch you beating a women, well let’s just say, Allah isn’t going to help you.

Where I come from if you think you are a special RACE, well let’s just say it won’t be our first rodeo in dealing with evil, but trust me when I say this, you won’t be able to handle the bull or the horns.

Where I come from if we catch you attacking cops, well let’s just say, justice will come swiftly and without mercy, prejudice or pardon.

Finally where I come from if you start wearing sheets on your head, well, we call you Democrat and have been doing so since you voted to keep slavery.

If you burn crosses we call you Democrat and have been doing so since Margaret Sanger wanted to abort all black and poor children in America.

If you give eulogies for a Klan member we call you Democrat and have been doing so since both Hillary and Barack covered Robert Byrd in warm words.

If you give money to our enemies we call you Democrat and have been doing so since Clinton and Obama gave millions if not billions to the Muslim Brotherhood, Hamas, and Iran.

You see where I come from we don’t suffer fools even if they played Forrest Gump.

Where I come from we don’t coddle traitors even if they think the Thunder Rolls.

Where I come from Fidel and Che are murdering, rapist thugs, Christians and Jews aren’t the problem, and women don’t brag about having abortions.

Where is this place you come from Jason?

I come from the United States.

I have had the privilege of being part of a citizenry that is known far and wide for two things.

I will borrow from a newly minted twenty-first century poet.

There will be no middle ground.

There is no race, only a People.

We are the People and go by only one name.

It’s time to remember where we come from and who we are.

You are either an American or a Democrat.

11 thoughts on “America. Where I come from.”

Fri Feb 3 , 2017
Produced by Judy Rybak [This story first aired on Feb. 4. It was updated on Dec. 9.] HAMMOND, Ind. — For nearly two decades, Sally Glenn went to prison every other weekend to visit her son, Roosevelt. “It would hurt me. And when we’d leave there I would cry,” she […] 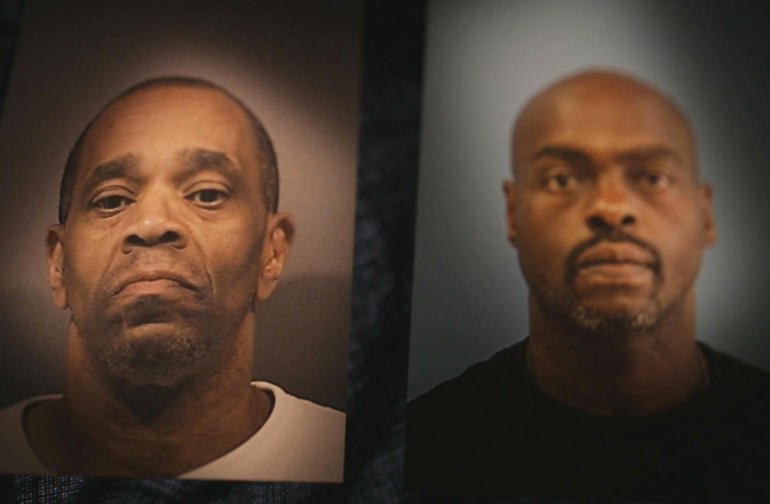