With all the insanity and illegality happening in the courts these days I thought it pertinent to again cover how our system works and doesn’t work. The idea of Democracy is to serve the majority which eventually leads to Tyranny.

This is the culmination of Socratic Theory.

A Republic or in our case a Constitutional Republic is meant to protect very specific Rights of the Individual. Specific Rights stated in our Constitution not the collective rantings of Norway, China, or Saudi Arabia. Pretty soon the Colonel Sanders crowd will be calling themselves Sharia Socialists and telling us all how Stalin and Mao were misunderstood.

Health care, health insurance, education, or lack thereof are not Rights regardless of what anyone thinks.

Yes portions of Democracy were kept in the creation of a Republic but Madison & Company were very clear.

These United States are not a Democracy.

We are the evolution of Democratic tendencies (group think), into the Protection of again, the Individual.  This was suppose to stop the train from derailing into Tyranny.  Of course too many in America have no concept of this process including our politicians. Yes we are a measurement of our elected “leadership” and yes that is currently a very sad statement.

Generation after generation we have been told that our Republic has three co-equal branches of government. Most have no idea where this concept originated but they are more than willing to continue to repeat it.

This is Aristotle’s model, later built on by Montesquieu.

Both Madison and Jefferson knew this was behaviorally incorrect and Madison specifically went about securing a system that protected I over We. As I’ve written in the past Congress was meant to have most of the authority. Many will refer to this as the power of the purse. This is partially correct.

The reason we know Congress was meant to have more authority over the other branches is very clear.

The Power of Impeachment, Conviction and Removal resides in the House and Senate.

This is legislative not criminal authority and expressly allows Congress to remove the President and members of the Federal Judiciary.

Neither the Judiciary or Executive Branches have this authority over Congress.

We weren’t meant to be ruled by a tiny group of judges (oligarchy) or a King (monarchy).

We weren’t meant to be ruled at all.

The power resides in the House, the system closest to the People, to impeach.

The authority then moves to the Senate, the “deliberative” body, for conviction and removal.

The Framers even built in a check and balance within Congress.

Thankfully they did as Jefferson’s concern of “despots” ruling America has risen to dangerous levels.

Our last three Presidents should have all been impeached, convicted, and removed.

Clinton was impeached but not convicted and removed.

Because they weren’t, our courts are filled with horrendous appointees, who believe they are untouchable.

It’s time to replace the Ninth Circuit who among other things completely ignored the rule of “standing”.

Of even greater need is the removal and replacement of the Supreme Court.

John Roberts is a great place to start.

The removal of Sotomayor and Kagan is an even better ending. 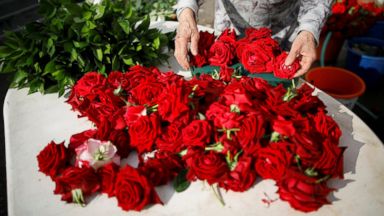