It appears the Democratic Party has completely embraced Game Of Thrones.

Joe the Groper Biden looked into the camera and stated, “A dark winter is coming.”

As a good Liberal he continued to shoot himself “in the leg” while proclaiming that he would end fracking and all fossil fuels.

So a brutal winter is around the corner and the “Big Guy” says let’s turn off all of the heat, while AOC, his Klimate Khange Kzar is certain we are all dead in less than a decade if we don’t kill all the cows and most of the white people.

Newsom attempted to one up Kracker Joe by stating California will be off fossil fuels as soon as possible while currently forcing rolling blackouts on the people.

The only humans with less intelligence than Drug Addict Gavin are the Democrats who keep voting for him.

They remind me of Russians playing roulette with a five round revolver and every chamber loaded.

The felonious thug known as Walter Wallace Junior was finally provided some Justice for the terrorizing of his community when he rushed law enforcement with a knife.

The craziest thing was the stealing of washing machines as though cleanliness is a big concern in the hood.

I mean “Come on man,” and yes I know we’ve been told “they all think the same” but you’d “think” at least one of “them” would snatch a dryer but then I guess if they did, then they “ain’t black.”

I know this much.

Anyone voting for any Democrat ain’t smart. . .or American.

The media couldn’t find a baby picture of WWJ so they put up one of him wearing a Farrakhan bowtie.

The initials of Bubba Wallace’s distant “cuz” begs the question of What Would Jesus Do in this situation?

I guarantee he wouldn’t threaten to kill multiple women, rob others, sell drugs, and then rush the cops, who were answering a 911 call, with a knife.

He also wouldn’t soil his drawers over a garage door pulley.

What is the problem with the Wallaces?

William would not be pleased.

Freedom!!! has been replaced by F*ck the Police but then let me call Five-O when my boyfriend/husband/baby daddy is beating the living sh$t out of me.

If everything goes well the pigs will kill my abuser opening the door to sue the city for all the bacon.

Sadly this has happened too many times.

The parents of the criminal Michael Brown were given a “settlement” for their pain.

Not only should they have never received this money, they should have been held legally accountable for raising a felon.

Some early Pennsylvania voters are having buyer’s remorse as they were informed that Biden is corrupt, a liar, and wants to ban fracking.

I hope they are able to change their votes but my only question is WHERE HAVE YOU BEEN???

Anyone just realizing Biden is a corrupt molesting traitorous swamp dwelling piece of fecal matter should be given a field sobriety check and a rectal RONA exam as their heads being hidden in their derrieres can be the only logical reason.

I guess the silver lining is the light finally coming on, unlike those who listened to plastic pooch Cher poorly lip sync and say yep I’s Riden Wit Biden.

Q or QAnon is being slandered AGAIN as a white supremacist group that is going to attack the poor defenseless Liberals if the monster Trump is not re-elected.

Black Lives Matter and Antifa are burning cities all over the nation but it’s Q, an online group that is trying to end child abuse and trafficking, that is the problem.

An American Hero and Brother of mine sent me a note requesting I write this week’s column about Hope.

I scoured the web, listened to the television and radio, and spoke with too many people to count.

Hope was not the four letter word most used.

Still, I was determined to locate some optimism. . .somewhere.

Lo and behold Fox News had on a guest that was smiling, laughing and proclaiming to be one hundred percent on the Trump Train.

I blinked twice, shook my head thrice, and searched the sky for flying pigs.

I even checked my pulse to rule out a heart attack induced hallucination and investigated my drink to ensure I wasn’t drugged.

If Leo Terrell can switch sides anything is possible.

I’m still not sure if I’m buying Leo’s about face mea culpa but my Brother the Master Gardener didn’t ask for certainty.

He asked for Hope.

Gleeful Leo is on the Trump Train.

It appears the Red Tsunami has already started.

For the first time in four years I am looking forward to watching CNN and MSNBS.

For those of you who have been with me for a while you know I abhor the usage of profanity but it appears to be the only way this particular message can be delivered.

As I’m sure many of you have seen there are a wide variety of slogans and sayings on Trump t-shirts and hats.

My favorite is a message to every Liberal.

Trump 2020 Because Fuck You Again.

White House unloads on Fauci for dire warning about pandemic

Sun Nov 1 , 2020
Washington — As coronavirus infections surge around the country while President Trump claims the nation is “rounding the turn” of the pandemic, the White House is again taking aim at Dr. Anthony Fauci, the nation’s leading infectious disease expert, who offered a stark warning in a recent interview of what […] 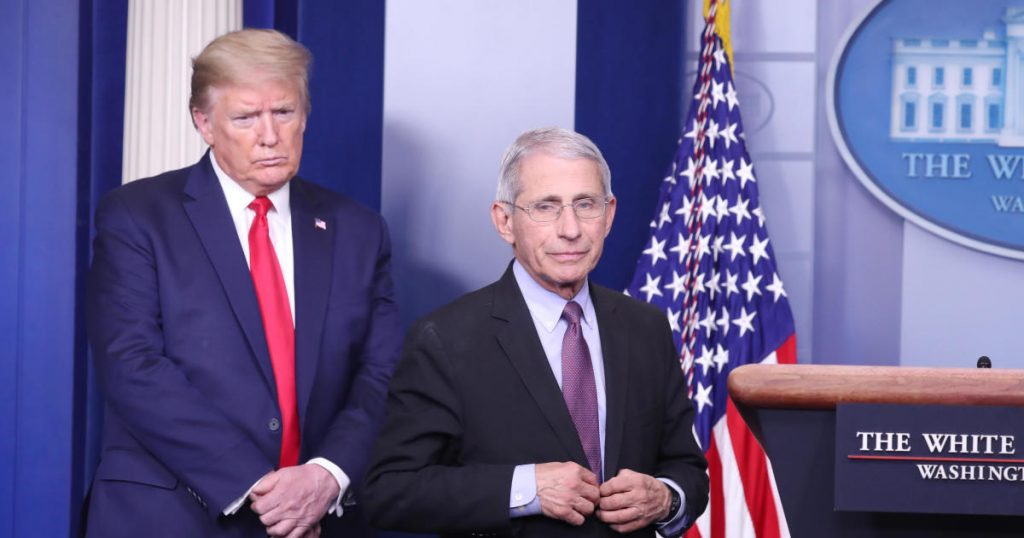