On Monday Judicial Watch got some good news when a federal judge ruled to have former Secretary of State Hillary Clinton appear for a sworn deposition.

The conservative watchdog group will be able to call the two time loser of presidential elections against former President Barrack Obama and President Donald Trump, to answer questions about her use of a private email server that she conducted government business on.

This ruling comes after Judicial Watch exposed that the FBI released a December 2019 status conference in which it is explained that “approximately thirty previously undisclosed Clinton emails.” It also revealed that the State Department “failed to fully explain” where they came from.

D.C. District Court Judge Royce C. Lamberth said in his ruling that Clinton’s past responses left much to be desired.

Clinton has argued that she has already answered questions on this issue. She disputed that she should not have to do this again.

Lamberth said, “As extensive as the existing record is, it does not sufficiently explain Secretary Clinton’s state of mind when she decided it would be an acceptable practice to set up and use a private server to conduct State Department business.”

The federal judge also acknowledged that Clinton responded to written questions in a separate case saying that, “those responses were either incomplete, unhelpful, or cursory at best. Simply put her responses left many more questions than answers.”

Lamberth is also against written questions and answers saying that writing “will only muddle any understanding of Secretary Clinton’s state of mind and fail to capture the full picture, this delaying the final disposition of this case even further.”

Even after all this time, after the State Department has been pushing hard for the discovery phase of the case to end, Lamberth said he is not ready to close the case and said that “there is still more to learn.”

It appears that Clinton is still on the hook for her use of a private email server. And as it should be. She never faced justice for her alleged criminal deeds.

Could that day be coming? My hopes for justices have been with me for a very long time now. I’m beginning to lose hope of actual justice being served.

There is a positive aspect to this though. If Clinton is under investigation, she wouldn’t make a good vice presidential nominee for anyone.

Worst of Apple's coronavirus problems are over

Mon Mar 2 , 2020
Apple CEO Tim Cook discusses his optimism towards China containing the coronavirus and how Apple is managing product supply and production. Apple shares have been bruised and battered in the wake of the coronavirus outbreak, but it looks like the worst is over, according to one Wall Street firm. Continue […] 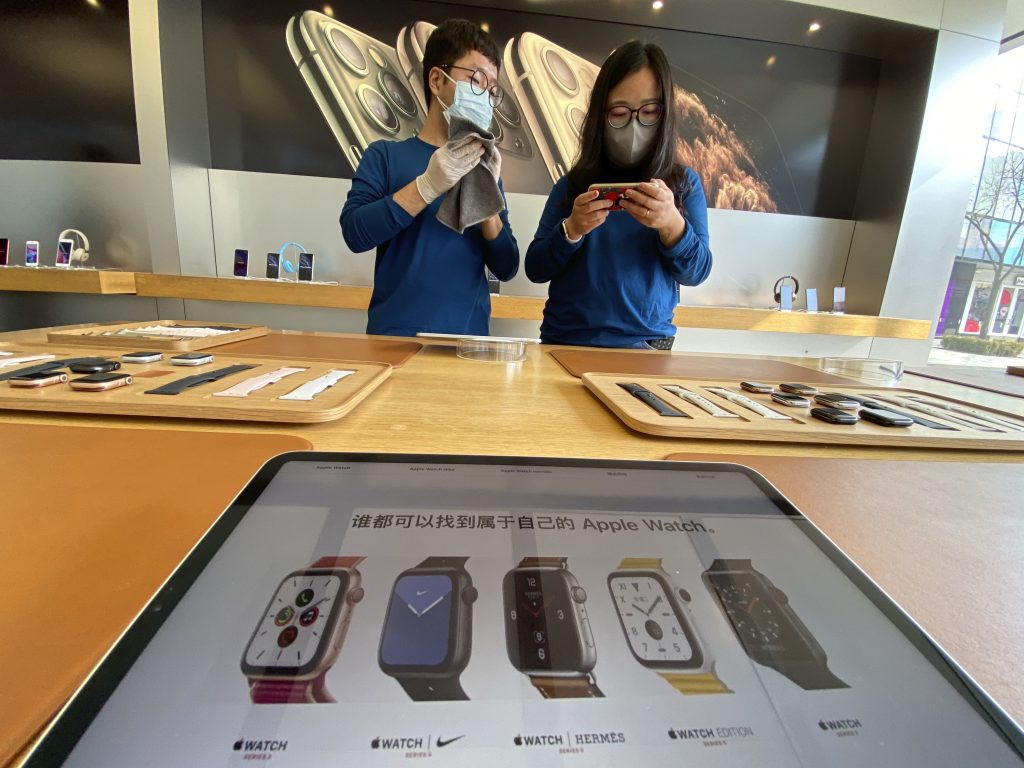