On Friday President Trump sought to discredit his onetime lawyer, Michael Cohen, by tweeting some of his thoughts on a book deal that Cohen was seeking.

The book deal that has been reportedly proposed paints Trump in a very different light that what was described by Cohen while he testified to Congress this week.

Cohen testified before a Congressional committee for three days in both public and private hearings on Capitol Hill.

Cohen was shopping the book to publishers weeks before the FBI raid on his office. It was reported that Cohen promised chapters would focus on first lady Melania Trump and Trump’s children, as well as the “unfortunate saga” of Stormy Daniels.

Trump’s tweets reflected his feeling on the matter:

Wow, just revealed that Michael Cohen wrote a “love letter to Trump” manuscript for a new book that he was pushing. Written and submitted long after Charlottesville and Helsinki, his phony reasons for going rogue. Book is exact opposite of his fake testimony, which now is a lie!

Congress must demand the transcript of Michael Cohen’s new book, given to publishers a short time ago. Your heads will spin when you see the lies, misrepresentations and contradictions against his Thursday testimony. Like a different person! He is totally discredited!

Oh’ I see! Now that the 2 year Russian Collusion case has fallen apart, there was no Collusion except bye Crooked Hillary and the Democrats, they say, “gee, I have an idea, let’s look at Trump’s finances and every deal he has ever done. Let’s follow discredited Michael Cohen…..

…and the fraudulent and dishonest statements he made on Wednesday. No way, it’s time to stop this corrupt and illegally brought Witch Hunt. Time to start looking at the other side where real crimes were committed. Republicans have been abused long enough. Must end now!

Michael Cohen’s book manuscript shows that he committed perjury on a scale not seen before. He must have forgotten about his book when he testified. What does Hillary Clinton’s lawyer, Lanny Davis, say about this one. Is he being paid by Crooked Hillary. Using her lawyer?

The now-disbarred attorney gave disdainful testimony about Trump before the House Oversight Committee on Wednesday. Cohen out rightly called Trump a “racist,” a “conman” and “a cheat.”

Cohen’s testimony came after he pleaded guilty to lying to Congress about a Trump real estate project in Russia as part of Special Counsel Robert Mueller’s investigation into Russian meddling and potential collusion with Trump campaign associates.

Now the president and his Republican allies have aggressively sought to discredit the former Trump loyalist.

On Thursday, Reps. Jim Jordan (R-Ohio) and Mark Meadows (R-N.C.) wrote to Attorney General William P. Barr, asking him to investigate whether Cohen had perjured himself this week when he insisted during his testimony that he had not wanted a job in the Trump administration. Cohen said that he had been content to serve as Trump’s personal lawyer.

On Friday Republicans seized a video clip that has recently resurfaced from a November 2016 appearance by Cohen on CNN.

During the interview, Cohen is pressed by CNN’s Chris Cuomo about whether he would move from New York to Washington with Trump.

When asked if there was a chance Trump would ask him to take a job on either “the political side” or the “governmental side,” Cohen says, “I certainly hope so.” Asked if he’d go to Washington, Cohen says, “One hundred percent.”

During Wednesday’s congressional testimony, Cohen told lawmakers he was “extremely proud” to be the personal attorney for Trump as he became president.

But during his testimony Cohen said, “I did not want to go to the White House. I was offered jobs.”

Alleged contradictions seem to be surfacing from every which way. Cohen has promised to return to Capitol Hill and testify on March 6, 2019.

Cohen’s lawyer is Lanny Davis who is a longtime Clinton ally. From 1996 to 1998, he served as a special counsel to former President Bill Clinton. That fact alone makes me think that there is something rather fishy going on.

Trump said prosecutors should start looking at Democrats “where real crimes were committed.”

I agree with that 100 percent. As a Republican, I’ve been waiting for the real criminals to be arrested for what feels like a very long time.

Fri Mar 1 , 2019
The Atlanta Fed’s GDPNow initial model estimate shows negligible growth for the first quarter of just 0.3 percent. The Atlanta Fed noted Friday that the 2.6 percent estimate on Thursday of fourth-quarter real GDP growth was slightly above the forecast it released earlier in the week. The first-quarter report, which […] 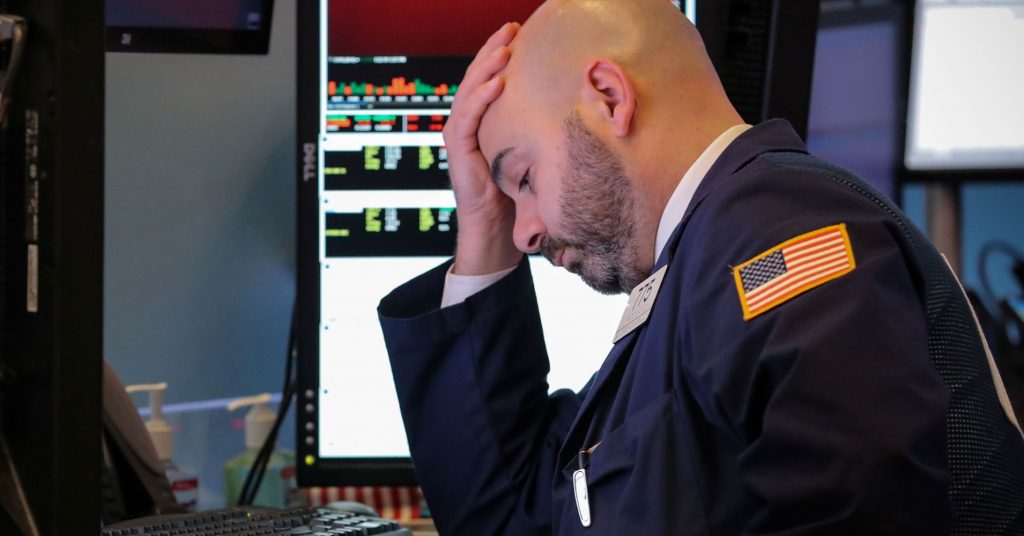