Most Americans have never seen them, but they know them: Ben & Jerry ice cream pints have lined freezer aisles in supermarkets across the country for decades, though their enterprise was just a couple of years old when they met Sanders in 1981. That was back when Cohen and Greenfield scooped flavors out of a renovated Vermont gas station, when the “political revolution” mostly occupied downtown Burlington, and everyone had more hair.

On Saturday, Representative Alexandria Ocasio-Cortez, the 30-year old progressive firebrand, endorsed Sanders’ presidential bid in Queensbridge Park. The candidate’s list of endorsements for his 2020 presidential bid is growing, and Cohen and Greenfield, too, are sticking with him.

The founders of a company now worth over $1 billion with 600+ franchises worldwide surface regularly on the trail. Most recently, Cohen and Greenfield drew nearly two hundred fans to their 2020 solo campaign debut in Plymouth, New Hampshire. The two pose for selfies, offer hugs and scribble autographs between scoops. On occasion, the businessmen attract voters more interested in meeting ice cream’s original power couple than in hearing from Sanders.

The ice cream gurus dismiss comments about their own popularity. Cohen regularly jokes that viewed from behind, his white crown of hair confuses him for Sanders, causing disappointment for some voters. “I think especially if somebody really hopes that Bernie will be around, and they see me,” he said between scoops. “It’s kind of close enough.”

Both Cohen and Greenfield relish their Bernie Sanders’ warm-up routine, shaping introductory remarks into small stump speeches. “A pint in every freezer! A sundae in every bowl!” Cohen vowed to several hundred gathered in Dover, New Hampshire.

Greenfield is quick to point out that the company Ben & Jerry’s does not support any political candidate, and the Sanders’ campaign pays for the ice cream served at its events. “But I do have to say that Ben and I personally do support Bernie Sanders. And we are all in for Bernie!” Greenfield announced in Raymond, New Hampshire.

Ben Cohen, accompanied by Greenfield most days, has headlined two dozen Sanders’ campaign events in New Hampshire alone this primary season, criss-crossing thousands of miles in a Mini Cooper convertible wrapped in $2,000 worth of vinyl stickers boasting Sanders’ name and image. “We’re going to be having a fleet of these cars driving all over.” Cohen explained. “Wrapping my car is just a prototype.”

Those who do not qualify for two dozen limited-edition “car wraps” can still be part of the grassroots movement’s automotive wing. Armed with a bucket, towel and stack of bumper stickers, Cohen and Greenfield have personally washed the bumpers of dozens of sedans, SUVs, motorcycles and one Hearst before emblazoning each vehicle with a Bernie bumper sticker. It’s a campaign ritual they’ve dubbed the “scrub and stick.” Greenfield scrubs. Cohen sticks. The comedy sketch of sorts often begins with Cohen crouched beneath the car or up on the window shield, and ends with Greenfield washing the entire vehicle.

Sanders attended Ben & Jerry’s annual shareholders meeting in 1987. “This has got to be the first corporate meeting I’ve ever been invited to,” Sanders told the Rutland Daily Herald at the time.

In the late 1980s, Greenfield and Cohen revived bumper sticker efforts as part of their “1% For Peace” campaign, encouraging the U.S. to redirect 1% of its defense budget to peace-promoting activities.

Sanders lauded Ben and Jerry’s (plus Ben and Jerry) at a September rally “for showing what a progressive business can be like.” In a departure from his typical anti-corporation spiel, Sanders told crowds, “They’ve been out there for virtually every important social justice fight for the last 40 years.”

“If you’re a parent, and your kid goes off and does something really good, you’re proud,” Cohen said. “The values lasted. It got sucked into the DNA.”

Cohen called Sanders last week, soon after his heart attack. Cohen joked with Sanders, “Now that you’ve got your arteries unclogged, you can go out there and unclog the corruption in the federal government,” Cohen recounted.

The sixty-eight year old recipient of quadruple bypass surgery downplayed the Senator’s hospital visit. “He got like ‘heart-lite,'” Cohen quipped.  “A couple of stents. That’s nothing.”

After his heart attack, Sanders may want to opt for lower-cholesterol flavors. “We’ve all gotten fat eating Ben and Jerry’s ice cream, right?” he laughed with crowds in New Hampshire before his procedure.

The entrepreneurs have created signature ice cream flavors for Sanders’ 2016 and 2020 presidential campaigns. “Bernie’s Yearning,” a play on mint chocolate chip was released in 2016. The Sanders’ campaign’s latest flavor, “Bernie’s Back” came to Cohen overnight.

“The base is hot cinnamon. That’s for our collective movement — holding politicians’ feet to the fire.” Cohen exclaimed. Sitting on the top of the pint is a chocolate disk “symbolizing all the money that has gone to the top 1% over the past 20 years.” To experience the flavor’s full effect, recipients need to break through the chocolate, distributing it to the bottom of the pint.

Asked about Bernie Sanders’ favorite flavor, Cohen paused. “He liked ‘Bernie’s Yearning.’ And he liked ‘Bernie’s back.'” Greenfield nodded in agreement. “But those are the only flavors we’ve ever seen him eat.” 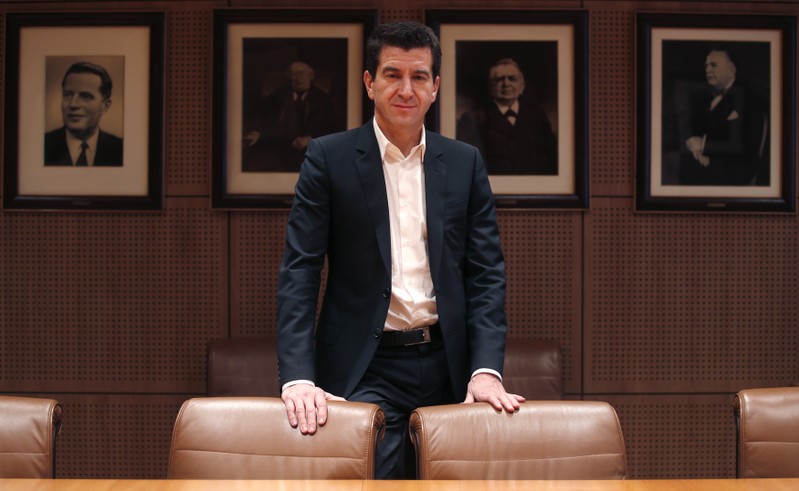