Between cisgender soccer, Taylor Swift’s travails, and Kamala Harris “transportation” thoughts, this entire week of Yes I am a Liberal seems to have taken on more of a stand-up comedy routine than normal. In their honor let us recalibrate and regurgitate where necessary, and use Liberal logic, to provide Progressive puns.

Due to the comedic nature of this column we must embrace a Liberal legend of comedy known as Dave Chappelle.

Mr. Chappelle is your classic drug induced verbal bleater that supports Barack, while rambling about bigotry, and calling his own children “little niggers”.

How much of a difference?

The self-proclaimed “lesbian”  who lost her fecal matter over President Trump.

I thought that was Rosie O’Donnell.

No, Rosie promised to go to Canada and take Poopie Goldberg with her.

Sadly, as with all Liberals, she lied.

Megan is the soccer player who when asked said, “I think I am extremely American.”

Why are we asking her about Dave Chappelle’s usage of profanity toward his children?

Because her statement had “a’s,” “er’s,” and “re’s,”all over the place, never mind the fact that she “thinks” she’s an American.

I wonder when she’ll figure it out.

I’m also very curious about this new type of American known as Extremely.

Are Extreme-Americans the same as Asian-Americans or can they be split into two bigoted groups known as Hispanic and Latino Americans?

What about La Raza Americans or as AOC likes to call them now Meso-Americans?

Does color of skin come into play? We know that African-Americans are also called Black Americans, but then for the sake of diversity, the questions begs to be answered why are White Americans shorted?

What about hair color?

Uttermost Megan seems to have quite a few different members of ROYGBIV plastered on her head.

She seems to struggle with this, as though bathroom decisions, weren’t already stressful enough.

Is she Rainbow Brite or Fifty Shades of Grey?

Speaking of love Willie Brown’s ex-girlfriend whose father is Jamaican, and mother Indian (red dot Loretta Sanchez not woo woo), spent a lot of time ranting about her experience with public busing.

It seems Willie’s Woo Woo wants to start busing kids all over the country.

She needs to check with Border Diversity Queen Cortez.

I don’t think we can afford the CO2 that all these buses will create, besides we are now down to eleven years.

Maybe we should start busing the cows?

You gotta love politicians forcing children into environments of which they want no part.

Still, as this is a comedy sketch we need a diversity joke and in this joke I will only use “stereotypes” that have been used by other “comedians” for decades.

I am not creating any new “technology” rather I am “reinventing the wheel” that will not roll.

According to the “experts” ten white guys in a group is not diverse, so one of the white guys must be removed and a black guy added.

What is Affirmative Action for two hundred Alex?

Okay back to the “joke” before I was so rudely interrupted. Nine white and one black guy are now grouped.

For the sake of “diversity,” how is this better?

According to polling, the water cooler, and ESPN the group now has someone who can play running back!

Also according to MTV, and the caucasian overbite, they now have someone who can dance!

As if that wasn’t enough (and you know it is) the group finally has added someone that can handle all the fat white chicks!

OMG! That is sooo freaking hilarious and wrong! You can’t say that!

Don’t bring your liberal hypocritical condemnation to me.

Remember what I said in the beginning.

I am re-inflating the tire of the Liberal comedians over the past few decades. This is Progressivism at its finest. Stereo-typing and bigotry all rolled into one.

Same joke we just have to slightly change the participants.

According to the “experts” ten black guys in a group is also not diverse (It’s now called an NBA team) and the Libs want diversity, so one black guy is removed, and a white guy is added.

We can handle a touch of diversity in our lives!

Nine black guys and a white guy are now grouped.

For the sake of diversity how is this better?

According to polling and real life liquor stores the group now has someone who can pull up their pants!

This new diverse group just added someone who has a job!

Diversity is the best! Forcing people together due to the color of their skin is the only way to go!

Better running backs, better dancing, improved employment, correct underwear usage, and last but certainly not least, Victoria’s Secret can go back to their regular programming as all the plus size possibilities are covered.

That there is some White Privilege.

Kamala and Alexandria were right.

Let’s just ban all airlines, ships, and cars and give everyone a bus and new set of cheekbones courtesy of Cherokee Warren.

Then we can all be Meso-American and get free health care.

Combined with legal and soon to be free marijuana we should have all diseases including Cancer cured in no time.

If we could only teach Libs to stop peeing and pooping on the streets we could eradicate Hepatitis A.

Then again is that Hepatitis with an “a” or an “er?”

Sun Jul 7 , 2019
The Houses of Parliament are silhouetted in London, Britain April 10, 2019. REUTERS/Gonzalo Fuentes July 7, 2019 By Kylie MacLellan LONDON (Reuters) – British lawmakers from both the ruling Conservatives and opposition Labour on Sunday said they were looking at ways to prevent the country’s next prime minister pursuing a […] 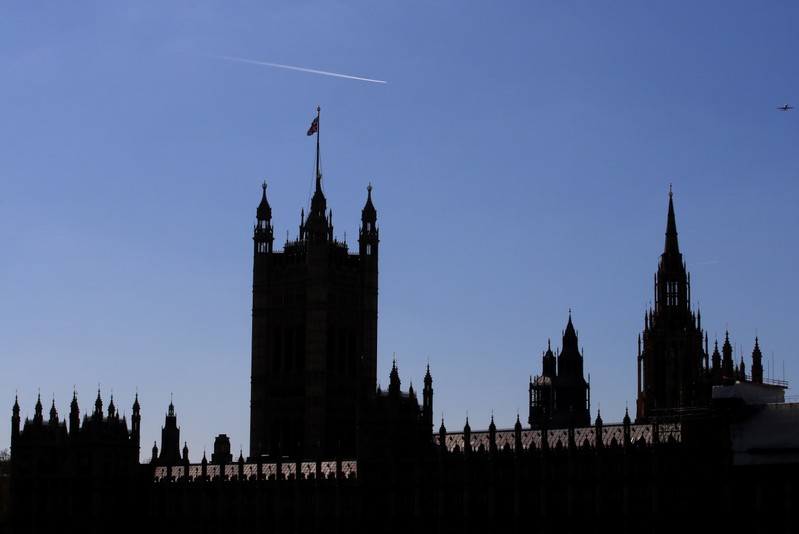