Residents and visitors to Hollywood California got a rather interesting view. A billboard was in clear sight on Friday morning. A group of Conservative street artists had put up their work of art.

A billboard, which just happened to be across the street from CNN, was taken over by the artists known as “The Fraction.”

“The Fraction” mocked CNN with their latest project that also made fun of its president Jeff Zucker for its coverage, or lack thereof, of the summit in Hanoi, Vietnam.

This week’s summit between President Donald Trump and North Korean Dictator Kim Jong Un was actually the big news of the week.

The billboard must have been a sight to behold. I’m sure that Republican views must have caused laughter and agreement with the wording. On the other hand, Democrats may have thought it wasn’t so funny.

The billboard referred to CNN as “Communist News Network.” It also had the phrase “Keep Korea divided” with an asterisk that read “because OrangeManBad.”

The sign also featured an image of Jeff Zucker. The title given to the CNN president was “CEO, CNNPC,” a reference to the “non-playable character” meme which has depicted liberals as robotic.

Okay, I think that’s funny but I really don’t think of CNN as real new, in fact, I’ve called them “Fake News” for a very long time now.

An anonymous member of “The Faction” told The Hollywood Reporter, “When Trump speaks glowingly of Kim Jong Un it’s a tactic. Zucker and his journo-activists know this, but are more than willing to try to torpedo the summit — the future of the long-suffering North and South Korean people be damned.”

After seven hours of being seen, the sign was taken down and replaced with an advertisement for a marijuana dispensary.

Did you see either one of them? I didn’t see them in person but lyrics came into my mind when I saw the sign. The lyrics to the song say it all:

The two leaders at the Hanoi summit couldn’t agree on the terms of an agreement. The Trump and Kim summit ended earlier than expected.

On Wednesday CNN gave practically no coverage to the summit. They instead kept the spotlight on the turbulent congressional testimony of former Trump attorney and “fixer” Michael Cohen.

While the congressional hearing was interesting, it didn’t compare to the Summit.

Sat Mar 2 , 2019
President Donald Trump reiterated his criticism of the Federal Reserve’s monetary policy and said it is promoting a strong U.S. dollar, possibly at the expense of the U.S. economy. “America is now booming like never before,” Trump said, speaking at the Conservative Political Action Conference on Saturday. “Other countries are […] 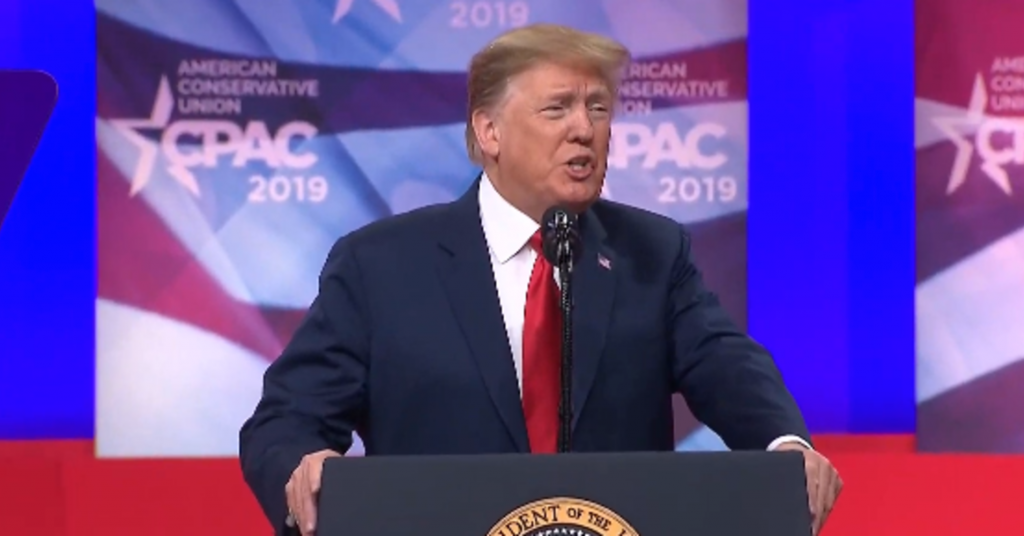