The number of New York Police Department officers who have tested positive for the coronavirus has risen.

On Thursday it was reported that twenty NYPD officers had tested positive for the COVID-19 virus but that number has jumped to thirty-five as of Friday.

None of the thirty-five officers have been hospitalized as of yet but there is one who was hospitalized in serious condition with pneumonia but his test has not confirmed that he is positive for the virus.

The number of officers who have called in sick has been on the rise.

The First Precinct has been the hardest hit with thirty-one officers who have called in sick, so far. That is a whooping seventeen percent of the precinct’s staffing.

NYPD has a Movie and Television Unit and they were called in to fill in depleted ranks at that Precinct.

The union representing NYPD officers filed a complaint last week that claimed the NYPD has failed to provide sufficient protective equipment to use in the cleaning and sanitizing supplies.

It was reported that officers can get masks and hand sanitizer if they feel it is required.

With the outbreak of the virus, the NYPD has increased cleaning of its facilities. This has affected work schedules.

Officers are screened and monitored daily by department doctors before returning to work.

The NYPD sick desk is handling the calls from officers who feel they are sick with the virus. A panel, including doctors, makes a case-by-case determination as to whether someone should be quarantined. They do not have to be symptomatic to be quarantined.

The crime rate in New York City has fallen over the last few weeks because of closures in the city but calls with people asking for ambulances, or asking for a response to their home because they are sick has increased.

In the mean time the number of officers infected continues to grow.

Fri Mar 20 , 2020
Delta’s first Airbus A350 in Atlanta. Leslie Josephs | CNBC Delta Air Lines‘ CEO Ed Bastian warned Friday that the airline’s second-quarter revenue will be down 80% — or $10 billion — from the same quarter a year ago because of coronavirus, the latest grim message from airline executives who are anxiously awaiting […] 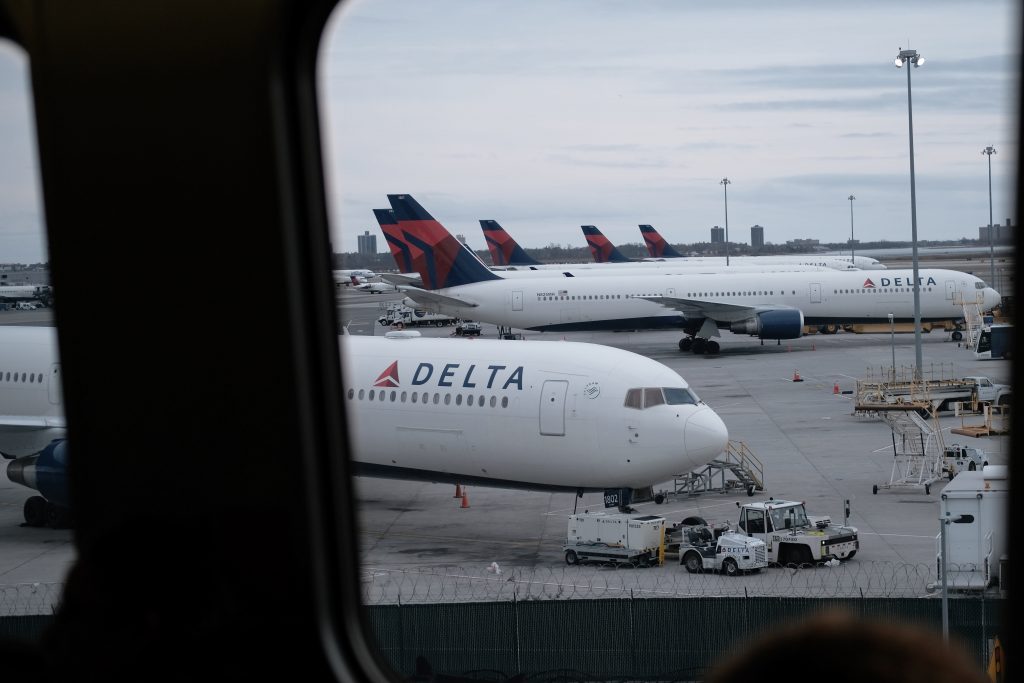