People walk past a sign of the Industrial and Commercial Bank of China (ICBC) at the venue for the second China International Import Expo (CIIE) in Shanghai, China October 31, 2019. Picture taken October 31, 2019. REUTERS/Stringer

SHANGHAI (Reuters) – The European Union said that China should make rapid and substantial improvements to the business environment or risk “promise fatigue.”

The comments from the European Union Beijing mission come ahead of China’s massive week-long import fair in Shanghai next week, an attempt by the country to showcase its free trade credentials.

China has long been dogged by allegations of unfair trade practices, from forced tech transfers to protectionist market entry policy. The country has been criticized for making promises to open its market and not delivering on them.

The EU said in the statement late on Friday that European firms had provided positive feedback on the China International Import Expo (CIIE) last year and had increased sales or met new potential buyers.

But more needs to be done in connection to the EU-China Comprehensive Investment Agreement, said the statement.

The EU “urges China to show more ambition and genuine effort towards rebalancing and level playing field,” it added.

The EU said it would be closely monitoring China’s roll out of its corporate social credit system and its impact on European companies and is concerned about the “wide scope, vague nature and lack of clear criteria of many of the key provisions”.

Beijing has been developing a plan to give “social credit” scores to reward or punish individuals and corporations using technology to record various measures of financial credit, personal behavior and corporate misdeeds.

The key market access barriers the EU would like to see removed include restrictions on foreign direct investment, subsidies granted to state-owned enterprises, forced transfer of technology and “buy China” policy for central and local governments.

Vietnam says human traffickers must be strictly dealt with

Sat Nov 2 , 2019
Residents light candles to pray for 39 people found dead in the back of a truck near London, in front of Hanoi Cathedral in Hanoi, Vietnam October 27, 2019. REUTERS/Stringer/File Photo November 2, 2019 (Reuters) – Vietnam said on Saturday that human traffickers must be strictly dealt with as the […] 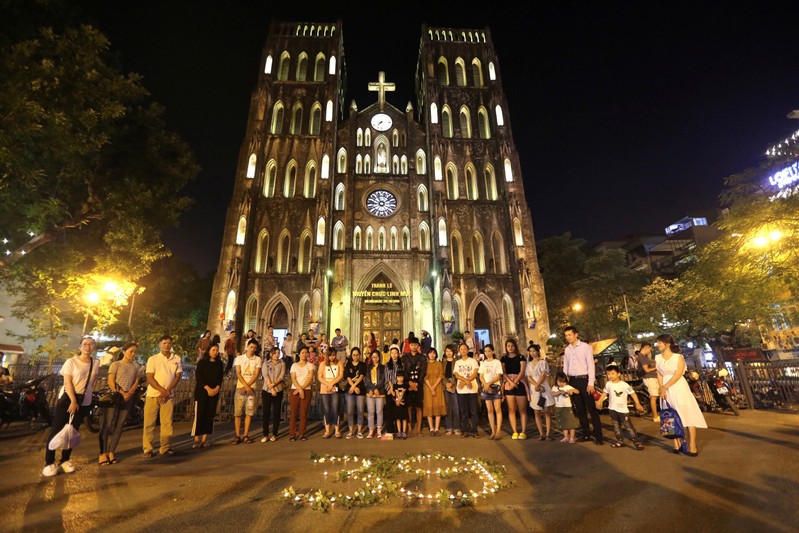