On Friday President Trump made a bold move as he vowed to uncover the origins of the Russia investigation. Trump’s confidence has led him to approve the declassification of documents that are related to the surveillance of his campaign during the 2016 presidential election.

Trump is now on his way to Japan but before leaving on Marine One, he spoke to reporters and defended overriding “longstanding rules” on classified material.

Trump told reporters, “We want to be very transparent, so as you know, I declassified everything. We are exposing everything.”

Trump wants to have everything revealed so that investigators looking into the origins of the probe have everything they need, “so they’ll be able to see how and why this whole hoax started.”

The president also stated that the probe was an “attempted takedown of the president of the United States.”

He added, “You’re gonna learn a lot. I hope it’s going to be nice, but perhaps it won’t be.”

Trump made it very clear that he does not have “payback” in mind.

Attorney General Bill Barr has embarked on the review of the Russia probe which is being handled by a top federal prosecutor, John Durham.

Durham has allegedly been working on his review of the Russia probe “for weeks.” He is expected to focus on the period before Nov. 7, 2016 which includes the use of FBI informants as well as alleged improper issuance of Foreign Intelligence Surveillance Act (FISA) warrants.

Trump has ordered members of the intelligence community to cooperate with Barr’s probe.

White House Press Secretary Sarah Sanders said in a statement, “The Attorney General has also been delegated full and complete authority to declassify information pertaining to this investigation, in accordance with the long-established standards for handling classified information. Today’s action will help ensure that all Americans learn the truth about the events that occurred, and the actions that were taken, during the last Presidential election and will restore confidence in our public institutions.”

Both the president and the attorney general have claimed that the Trump campaign in 2016 was a target of “spying.” The intelligence community and law enforcement officials maintain that they acted lawfully.

There was much disapproval for Democrats over Barr’s testimony when he used the word “spying.”

It is alleged that Barr is working “collaboratively” on Durham’s investigation with FBI Director Chris Wray, CIA Director Gina Haspel and Director of National Intelligence Dan Coats. Durham is also working with Justice Department Inspector General Michael Horowitz, who is currently reviewing allegations of FISA abuses and the role of FBI informants during the early stages of the Russia investigation.

House Intelligence Committee Chairman Adam Schiff, D-Calif., is not happy with the president for allowing the release of classified materials. He called a “corrupt escalation of the president’s intention” to politicize the intelligence community.

On Friday Schiff said in a statement, “The clear intent of this abuse of power is to override longstanding rules governing classified information to serve the President’s political interests, advance his ‘deep state’ narrative, and target his political rivals.”

In my humble opinion, Schiff has first hand information of how to “target his political rivals.” Isn’t that what Schiff has been doing? Schiff is using his own deeds to create his talking points.

Call it the “Deep State,” “Shadow Government” or the “Swamp;” it’s about time the real criminals are investigated.

Fri May 24 , 2019
A Wisconsin man will spend the rest of his life behind bars for kidnapping 13-year-old Jayme Closs and killing her parents. In a case that ended when the girl made a daring escape from the remote cabin where she was held for 88 days. Jake Patterson, 21, was sentenced Friday […] 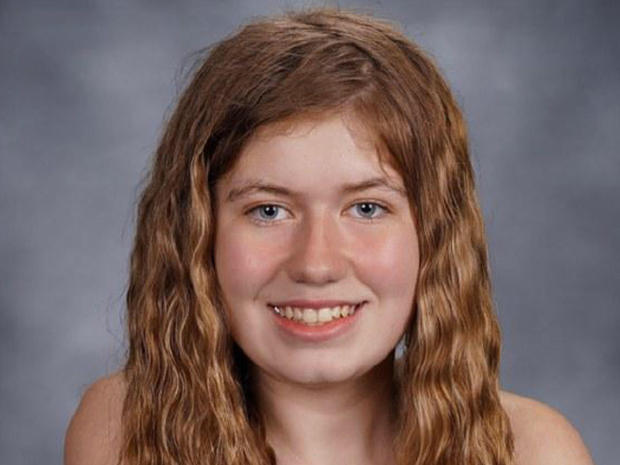