A week ago Nancy Pelosi feigned a pious attempt at finding the Lord.

Others were disgusted by her usage of a higher power, in which prior to that moment, she has had no need.

I on the other hand was reminded of a line in a song titled Breakeven.

“Just prayed to a God that I don’t believe in.”

Desperation can do that to the faithless and without a doubt the Liberals are desperate as they fear they are losing their grip on America.

We are witnessing the effects of decades of corruption and the breakdown of government at every level.

Crushing debt, secret courts, the return of certain infectious diseases, lack of the enforcement of Law and currency manipulation are just a few of the symptoms.

As the stench has grown their behavior has become even more erratic (and will continue to do so) and someone in the Swamp decided that the ruination of a President could stem the tide.

They are wildly incorrect.

In fact their Pelosi Pocket Impeachment of President Trump has proven Clausewitz correct.

Politics/War are one in the same and the War has now officially begun.

Although many shots had previously been fired, this particular move forces those feigning blindness, to now see and choose a side.

Over the years I’ve written about many subjects pertaining to the protection of these United States.

Sadly to no avail.

It is now time to remove the Sword and hone her blade.

“In war there is no substitute for victory.”

Human behavior is quite easy to predict.

A diseased organism will continue to maim, infect, and destroy until and only until it is eradicated.

For those righteous souls who will stand at the front, shoulder to shoulder, and deliver the parasites unto deaths door, I guarantee you will not stand alone.

It is time to put away the asking of patience, of compassion, of anything at all.

For those who pray that God is with America I say this.

Still, for those who continue to tilt their eyes to the sky let us pray, as Lincoln stated, that God is not with us rather We the People are with God.

The time is near.

Be ready to move.

Prepare your bodies and minds to have the strength of our ancestors who realized early at Lexington and Concord one simple truth.

This won’t be decided by trials, scribes, “Q” or kangaroo courts.

This will be decided by the People of The Great Experiment.

From this point on our decisions will decide whether “great” will be deservedly attached to our generations.

It is time to do unto others as they have done unto us.

The Young People's Chorus of New York City: Hitting all the right notes

Sun Dec 22 , 2019
The Young People’s Chorus of New York City (YPC for short) is, according to Analeia, “a whole group of kids getting along together, singing, dancing and having fun with each other.” More than 1,700 singers participate each year. Natalie has been in YPC for six years; Isaiah is in his […] 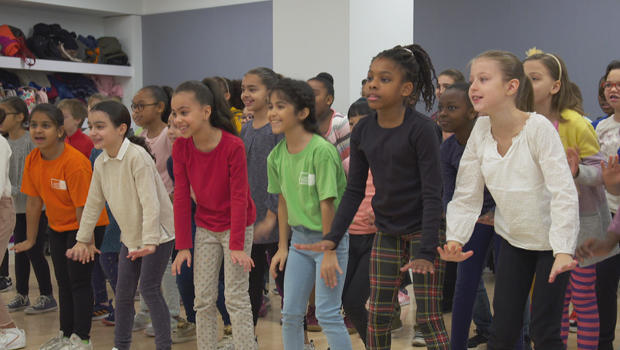