President Donald Trump might have given Syrian and Russian forces too much time to prepare for potential air strikes, defense experts say.

The world is bracing for the U.S. response to Syrian government’s alleged chemical attack last weekend on a rebel-held town. Since the attack, Trump tweeted about potential missile strikes multiple times.

“If Russia and Syria were smart, as soon as President Trump indicated early this week that an attack was possible, [Syrian President Bashar] Assad would have begun moving any and all military assets close to, or on Moscow’s military bases in-country,” Harry Kazianis, director of defense studies at the Center for the National Interest, told CNBC. “This would include aircraft, helicopters, artillery and even ammunition or high-value weapons—anything you might think the U.S. and its allies might consider a target.”

A source, who spoke on the condition of anonymity, told CNBC on Thursday that the U.S. was considering striking eight potential targets in Syria. Those targets include two Syrian airfields, a research center and a chemical weapons facility.

The source also noted that Syria’s military has repositioned a significant amount of air assets to Russian-controlled airfields in hopes that Washington would be reluctant to strike there.

Meanwhile, Trump is seeking a large-scale attack in Syria that would also punish Iran and Russia, but Defense Secretary James Mattis has been pushing back, The Wall Street Journal reported Friday, citing administration officials.

The following graphic from the Institute for the Study of War, or ISW, tracks the movements of military assets and personnel following a deadly chemical weapons attack believed to be carried out by the government of Syrian President Bashar Assad.

According to the ISW report, Syrian aircraft located on the outskirts of Hama, Homs, and Palmyra have relocated closer to heavily-defended airfields across Syria.

Russian and Assad regime forces have enhanced their air defenses around Syria’s capital, Damascus, and deployed short- to medium-range surface-to-air missiles to the Mezzeh Military Air Base, as well as other sites in the city.

“Pro-regime officials also reportedly issued an alert to the Syrian Arab Army to evacuate personnel and assets from military bases across Syria,” the report notes.

Experts note that since Trump hinted of a potential U.S. strike against Syria, the regime has had several days to execute contingency plans ahead of the attacks.

“This, in fact, could be why America has slowed its preparations for a strike — many of the best targets to stop Assad from gassing his own people might be now on Russian bases,” Kazianis said. “Trump would then need to ask: ‘Is war with Russia worth it?’ He may conclude no, and have to decide on another course of action.”

The Assad regime has denied responsibility for the April 7 attack in Douma, a town that was held by Syrian rebels.

Meanwhile, the World Health Organization has since reported that approximately 500 people in Douma were treated for “signs and symptoms consistent with exposure to toxic chemicals.” 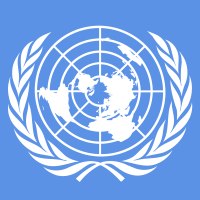