It has taken less than twenty-four hours for Basement Biden to reward criminality, anger the Canadians, and break his own Executive Order.

Are we sure Hunter is the only crack addict in the family?

While the Big Guy was bending over for criminal foreign nationals and China, Antifa and BLM continued their assault on America by attacking Portland and Seattle, again.

According to Hiden Biden, Antifa is an idea, not actual people.

This must be the liberal version of “inciting an erection.”

We now know why Fantasy Rape Bernie was wearing gloves.

Of course the first media reports of this blamed “right wing fascists” but then virtually disappeared when the Liberal goons stood to take credit.

The recently re-elected moronic mayor in Portland, who supported Antifa and hates law enforcement, is now begging those same cops to restore order.

Some around the country might be wondering what kind of idiots actually live in Portland and I can say from personal experience I know of one individual who not only supports Antifa but actively supports the Palestinian Authority, otherwise known as Hamas, but calls Trump a bigot.

She is as dumb as they come.

On one side we have the Liberals who’ve lied, cheated, and stolen their entire lives, now telling the country it’s time to get along while they put President Trump on trial, use our taxes to payoff illegals, and are still attacking cities around the country.

On the other side we have, well, I am going to borrow a line from a friend of mine to explain this simply.

Although I try to not use profanity I must admit those nine words state the situation perfectly.

So here we are watching a buffoon who just “ordered” everyone on Federal lands to wear a mask, stand in front of the Lincoln Memorial, while not wearing a mask.

Bernie and AOC are still clamoring about the end of the world in “ten years” and counting, while raking in millions from “donors” whatever that means these days, and the lying former Obama mouthpiece known as Jen Psaki stated that she is going to bring back truth and transparency.

Just one of these would be a drastic change for her.

The audacity of these parasites would be stunning but we’ve seen it for so long only the naive are still willing to be colored surprised.

On the flip side Q is being run through the wood chipper as four years of “trusting the plan” ended in excrement hitting the fan.

I was not a reader of Q but I know some wonderful Americans who were, so to them I will say, for the truth you can come here once a week, after that I guarantee nothing else of what may pass over the internet.

We may need to update that in the Biden Error. . .err. . .Era with a new understanding.

Believe none of what you see and laugh at anything coming out of their mouths.

Laughter, patience, and a long memory are imperative.

As I once explained to a distraught citizen, time is on our side, and as crazy as this sounds in our current situation, miraculous things are on the way.

It may be hard to see, and even more difficult to believe, so get off the internet, turn off ALL the fake news, all of it, and get busy living.

Stop looking skyward to be rescued.

You’ve been given Free Will and live in the greatest country in the history of Man.

The Big Fella Upstairs will provide the correct path when we, like our Founding Fathers, are willing to take the road less traveled.

Stop “trusting the plan” and trust yourselves.

Sun Jan 24 , 2021
The following is a transcript of an interview with former White House coronavirus response coordinator Dr. Deborah Birx that aired Sunday, January 24, 2021, on “Face the Nation.” The extended interview will air on CBSN, CBS News’ CBS News’ 24/7 streaming news service today and can be heard as a […] 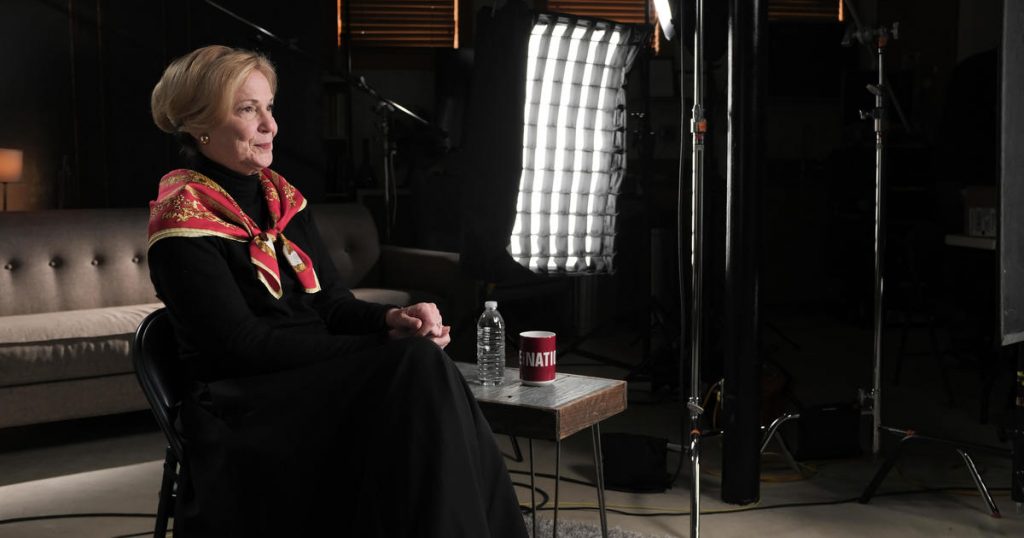