During the week of Christmas one would expect the internet, radio, and television airwaves to be filled with positivity, love, and oh I don’t know, Jesus, but no, not in 2020.

One guy on the boob tube stated “Christmas is about family, food, and fun.”

It’s supposed to be a celebration of Christ but let not the facts get in the way of a good story.

Regardless of the station or social media platform, America has been inundated with Covid panic, government debt sold as stimulus coming to save Pakistan, stolen current and future election(s) and what “black people want” or more plainly stated, “Biden owes us. And we have not forgotten.”

President Donald Trump orchestrated record low black unemployment and “criminal justice reform” but apparently the “blacks” had a different idea of what was “owed” as they supported the man, who created the problem they wanted the reform from, and then lined up like good little Germans when Adolph Biden proclaimed “If you don’t vote for me you ain’t black.”

I’d ask him what “they” are if they didn’t vote for him but he already answered that question regardless of their vote with his “they all think the same” concept so there you have it.

Hunter Biden’s daddy looked into the camera and told the blacks they all think the same, they all need to vote for him or gain Uncle Tom status, while legislating them into longer prison sentences, and according to the media and “voter rolls,” the blacks said, “Yep that be our man!”

If that wasn’t enough Jimmy Carter Biden continued to promise his version of the New Normal through disease, dismay, and disaster with threats of lockdowns, forced hijab, err, mask wearing and a “dark” winter ahead.

The “dark” is a bigoted dog whistle statement meant for his White Liberal Democratic Klan members to let them know with a nod and a wink he’s still with them, as in Barack is still bright, clean, and articulate. . .for a black man.

He also repeated the Kareem Abdul Jabbar muslim lie that “blacks” are more susceptible to the RONA.

This is 100% false but many in the black community are accepting it as truth and bleating that they want the vaccine first.

By all means line up while it’s hot and get sparked people.

You can have mine as I’ll continue to add to my giving by allowing others to don the mask while I bravely push through life,  shaking hands, sans cover, sacrificing myself for you.

In fact, as I am willing to “put my life on the line” and give you my masks and my vaccination, let us consider that reparations for the zero amount of slaves that I’ve ever owned or the days any of you spent toiling in the fields back in the 1800’s under Democratic rule.

I just love when fiction can be used against fiction yet somehow provides a logical response.

Furthermore, please take notice of the greedy and selfish Alexandria Ocasio-Cortez, who is neither black or elderly, yet pushed her way to the front of the line and took your spot and your needle.

I guess she’s changed her mind about all of us dying in ten years due to “Climate Change” otherwise known as Winter, Spring, Summer, or Fall.

All you have to do is call,

And I’ll be there,

You’ve got a friend.

Mask less, vaccine free, in my prime, and loaded for liberal coyotes.

Merry Christmas, Happy New Year, and please make sure to drink your Ovaltine otherwise you’ll shoot your eye out.

Sun Dec 27 , 2020
US President Donald Trump looks on during a ceremony presenting the Presidential Medal of Freedom to wrestler Dan Gable in the Oval Office of the White House in Washington, DC on December 7, 2020. SAUL LOEB / AFP Million of Americans lost their unemployment benefits on Sunday as President Donald […] 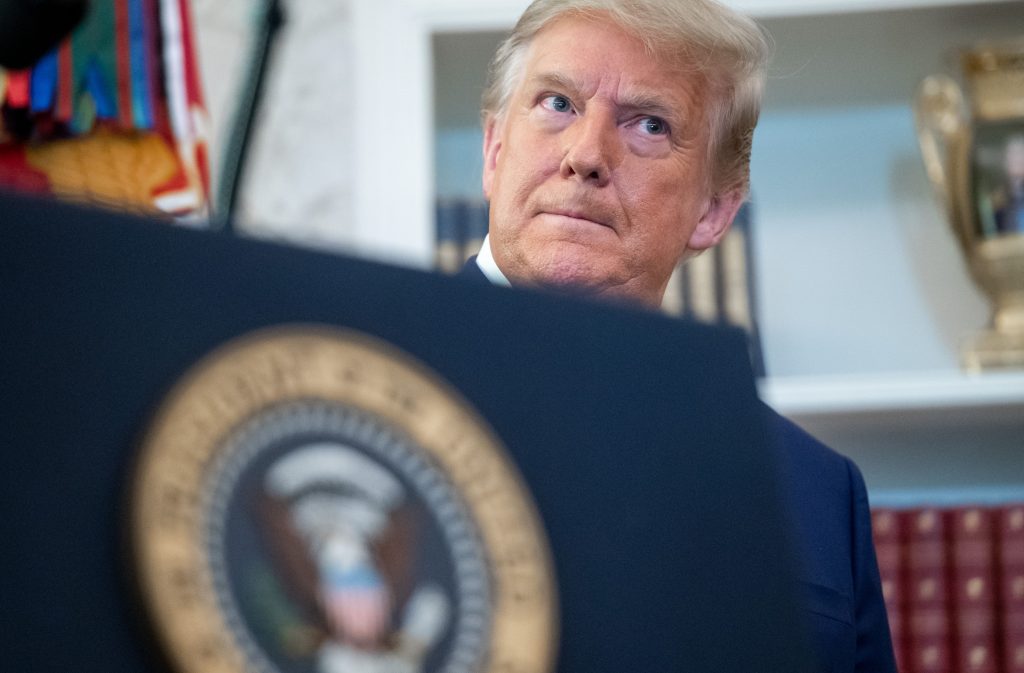