During a very busy week I took a brief moment to turn on the television and visit one of the business channels to check the price of gold and silver. As I waited for the ticker to rotate a talking head proclaimed that the reason the Republicans lost the Presidential Election was due to them not reaching out to the black community.

I have to admit it’s getting harder and harder to keep track of the “labels” but wasn’t it reported over and over that the “blacks” gave President Trump a greater amount of votes than any other candidate in Florida?

What about Detroit and Philly?

Those are blacks because they did what Joe Biden told them to do. Remember, unlike the Hispanics, they all think the same.

Okay, but it was also reported that the Hispanics in Florida voted for Trump as well?

Those were also Cubans with a splash of Puerto Ricans and Costa Ricans.

So you can be black and Hispanic at the same time?

Then why do you do it?

Because it works. Look Jason, I’m going to let you in on a little secret. Biden was 100% correct. The blacks all think the same.

Please. Main stream media all reported that they voted for Biden didn’t they? Obama, Lebron and Jay Z all called Trump a racist and the blacks sent him packing. It’s the blacks that control this country.

White people can’t seem to bend over fast enough for the “po black folk”. The Hood thinks y’all are a bunch of Kracker Klowns. Go to YouTube. They tell you all the time but do you listen? Nah. You just keep coming up with new “programs” that feed their kids, you wear the Black Lives Matter shirts, rebuild their towns, and send them checks. Trump funded the Black Colleges for future years! Do you think they are teaching love the honky? Where do you think that 1619 garbage is taught! It’s the definition of insanity but you stupid honkies keep doing it and then get excited when they give you twelve percent of the their vote. Twelve percent! You’d have to walk past dozens of black voters before statistically passing one who voted for Trump but according to you and media y’all are now diverse! Whatchoo talking bout Willis!

What about criminal reform, opportunity zones, and lowest unemployment ever in the black community?

Just doesn’t. Orangeman pandered to Kim and Kanye for almost four years, and they spit in his face. That’s the thing about you white folk. You keep trying to make sense of everything. Sometimes things just be what they be.

Okay, I guess I’ll stop asking about that but what about the Hispanics in Arizona and Los Angeles who voted for the President?

Those aren’t Hispanics. These are stupid, traitor to their race Latinos.

What do you call the ones that voted for Biden?

Those are called La Raza. Come on Jason! Where have you been? This has been going on since your “Conservative” hero Ronald Reagan legalized half of Tijuana back in 1986. They now own Southern California and control the entire State and arguably the Country with their politics and policies. They even have a Supreme Court Justice. She’s wildly unhealthy and may not last another decade but does it really matter? You idiots gave them Roberts AND crybaby Kavanaugh, let alone Gorsuch who thinks half of Oklahoma should go back to the “Tribes” and what’s with Chasing Amy? Is she ever going to “get caught up” and vote on something?

Alrighty then. Let’s recap so I have this correct.

I have. You have some wonderful policies, stories and ideas but let’s get real. The country survives on debt, has done so for a while, and is increasingly becoming neurotic and psychotic at the same time, which is quite a feat, but go ahead and recap, I don’t want to interrupt your flow.

Hispanics and La Raza voted for Biden but Latinos, Cubans, and “Ricans” who voted for the President are traitors to their race.

What about the Asians?

They went with the Dems because deep down they are comfortable with Communism as it as been fed to them for centuries.

If this is true why did some of them leave their original countries in the first place?

For the American Dream.

Soft stuff right now but when you can now legally ride the Horse from Eugene to Portland it won’t be too much longer before Mickey is riding Goofy.

Fair enough. Let me ask you one more thing. How do you see this movie ending?

Badly, in a puff of heroin laced smoke, more than likely sometime next year when the Federal Government sends out their twenty-seventh “stimulus” package of 2021, cryptocurrencies will explode even further than they are now, while the Markets get stroked.

You whiteys call it a collapse followed by the “greatest Depression ever.” So dramatic. On the South Side of Chicago it’s called every day life. You Krackers just don’t get it.

So why keep going down this road?

It ain’t our road Jack. It’s yours. We figure as long as you keep clearing and paving we’ll keep moseying along. Besides you don’t care about the hood and that’s why they voted for Hiden Biden. He’s dumb as a box of rocks but it sure pissed you whiteys off! Now they are sitting around their tables laughing at you Saltines as your President tries to claim fraud.

Sure it does, but it’s been going on for decades, and you know it, and we know you ain’t gonna do one damn thing about it. You may think you da man but we just dumped YOUR man and put OUR Kracker in place.  Our lives ain’t changing one bit.

I’ll say this Jason, you got two choices.

Stop the madness or prepare for a dark winter.

Pie recipe: Happy As A Gram, from Lauren Ko's "Pieometry"

Sun Nov 15 , 2020
Lauren Ko, who baked her first pie just four years ago, has become a social media sensation thanks to images of the gorgeous pies and tarts she whips up in her Seattle home, posted to her pun-filled Instagram account, Lokokitchen. Now she has authored a cookbook, “Pieometry: Modern Tart Art […] 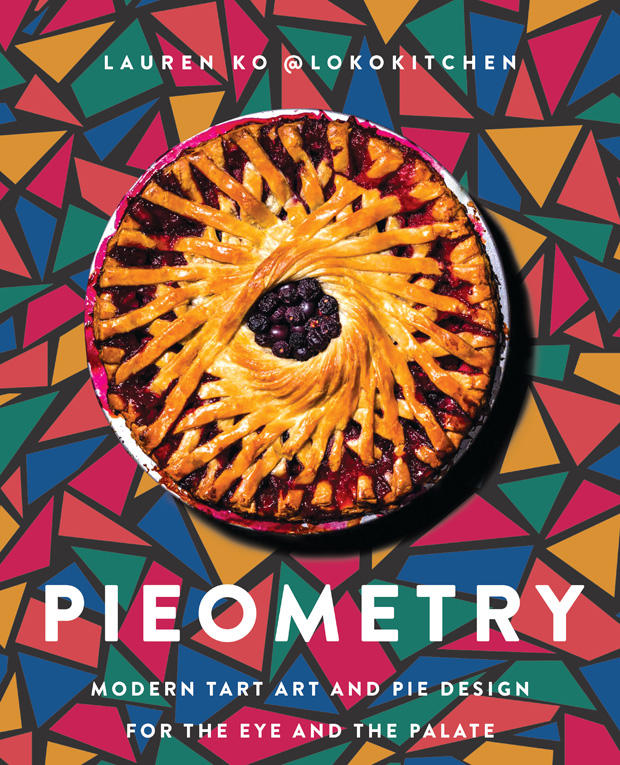