According to FBI statistics as Black Lives Matter spread across the country, fueled by Liberals, the number of humans with black skin who were murdered, increased.

These overwhelmingly PC 187 souls were not killed by police or “white supremacy”.

They were whacked by other “blacks”.

As this took place Black Lives Matter “founders” raked in millions of dollars which was spent on expensive homes, vacations, alcohol, drugs, etc.

Without a doubt the new generation of Jesse Jackson”race baiters” has arrived and just like their predecessors are living off the death of “black on black” crime.

These funds are then used to purchase property in the “white” communities where they require law enforcement to keep their homes safe.

This new group of Al Sharpton bigots are making the past idiots look like novices as they also don’t pay their taxes AND are indicted for fraud.

As Robert Palmer once sang the opportunity for these grifters is Simply Irresistible and the Liberals all lined up across the country, stared into the camera and swayed to the George Floyd Jamboree with painted faces and dead eyes as they screamed Say My Name.

I’ll say it for you.

Of course there will be those who claim the FBI and its “statistics” are not to be trusted.

One cannot however single out the FBI as corrupt and fraudulent and ignore the rest of government.

We know Social Security is overwhelmed with corruption.

Medicare fraud is an every day occurrence.

We have the Drug Enforcement Agency receiving funds from the cartels, Rona reporting that changes depending on how much funding Fauci needs, companies reporting false results and politicians buying/shorting stocks while creating new laws to either help or hurt companies depending on the politicians financial positions.

To summarize as simply as possible so even the Democrats and RINOs understand.

Social Security is the biggest Ponzi scheme in the history of Man.

Medicare is a system of drug usage.

The DEA enforces nothing.

Masks don’t kill the Rona but mass “vaccinations” for the Rona do and finally the only reason the stock markets go up and down currently is because the politicians and most importantly the Federal Reserve are in there picking winners and losers as was just witnessed on Friday.

Everyone with a logical mind knows the aforementioned statements to be true yet thankfully we have one level of government to fall back on.

One section filled with integrity, trust and virtuous behavior.

Fortunately we have our elections.

Sun Apr 24 , 2022
OAN NewsroomUPDATED 8:00 AM PT – Sunday, April 24, 2022 Abortion is becoming a major topic of debate ahead of this year’s midterms and Vice President Kamala Harris’s speech in California solidified the administration’s stance on the issue. One America’s Tom McGrath has more. Free America Network Articles 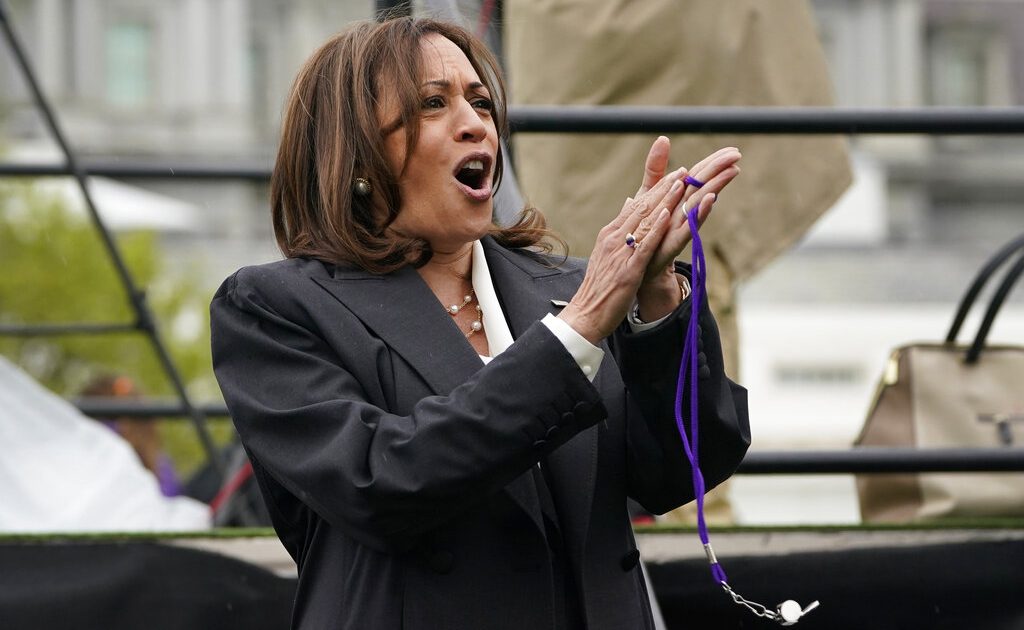