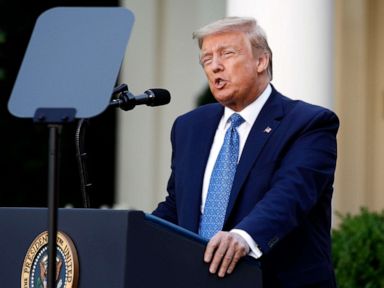 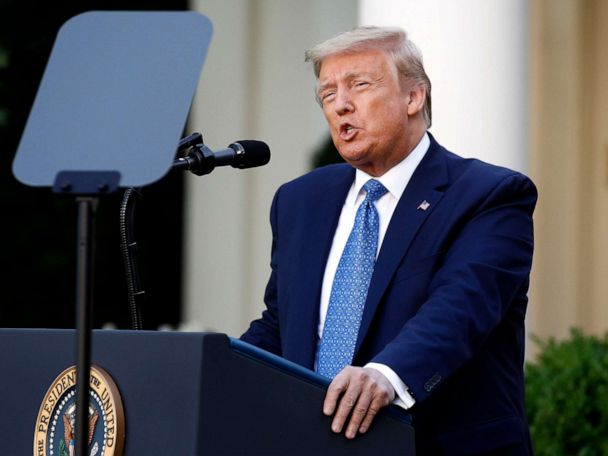 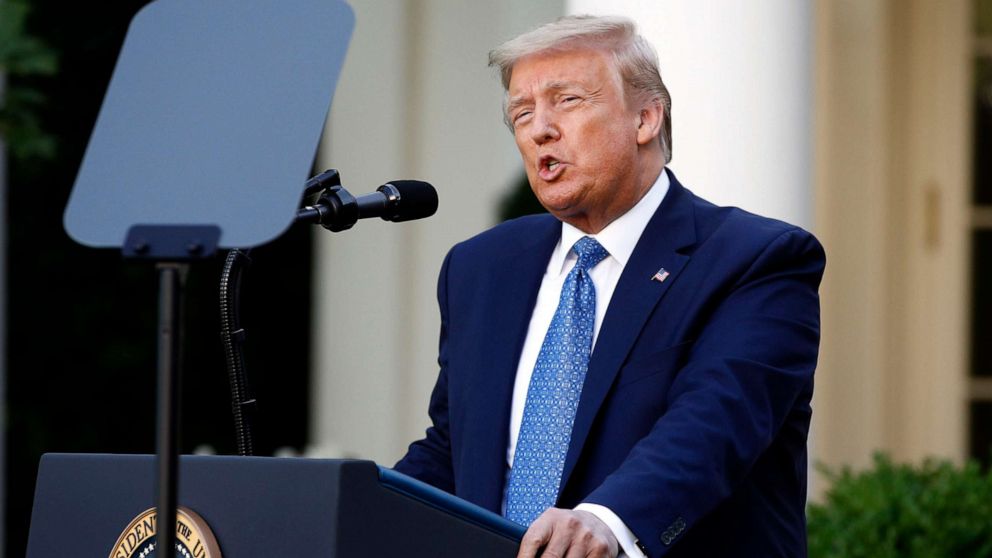 Police reinforced by National Guard troops forcefully pushed back protesters outside the White House Monday evening to clear a way for President Donald Trump to visit a church, just minutes after he said he wanted a military show of force against violent protests gripping the country.

As television cameras showed live images of Trump’s quick stop at the historic St. John’s Church, where a small fire caused damage to its basement during protests the night before, the president posed with a Bible and with senior members of administration. Moments before, police had cleared largely peaceful demonstrators from the area, using tear gas and beating some with batons and shields, including at least one news photographer.

The dramatic escalation, 15 minutes before a nighttime curfew was due to go into effect, came soon after D.C. National Guard troops were deployed near the White House.

As the protesters were being cleared from the area, Trump came to the White House Rose Garden to call himself the “law and order” president, saying “domestic terrorism” was to blame for the unrest.

“As we speak, I am dispatching thousands and thousands of heavily armed soldiers, military personnel and law enforcement officers to stop the rioting, looting, vandalism, assaults and the wanton destruction of property,” he said. “We will end it now.”

He said he may invoke the 1807 Insurrection Act, which permits a president to deploy military inside the U.S. to deal with civil disorder.

Following his remarks in the Rose Garden, Trump and his aides walked across Pennsylvania Avenue to pose before cameras at the church, holding a Bible.

“We have the greatest country in the world, we’re going to keep it nice and safe,” he said, expressing resolve that the country is coming back but did not otherwise engage on reporter questions.

He then began the walk back to the White House after just a minute or so in front of the church, his daughter Ivanka trailing him.

Bishop Mariann Edgar Budde issued a response to the president’s visit to the church, “The President just used a Bible and one of the churches of my diocese as a backdrop for a message antithetical to the teachings of Jesus and everything that our church stands for. To do so, he sanctioned the use of tear gas by police officers in riot gear to clear the church yard. I am outraged.”

In a tweet, Arlington County Board Member Libby Garvey said that officers from the northern Virginia city were recalled from Washington.

“Appalled mutual aid agreement abused to endanger their and others safety for a photo op,” she wrote.

Contacted by ABC News, Garvey said about 40 Arlington police officers had been in Washington as part of a mutual aid agreement with the U.S. Park Police serving as backup to help keep people safe.

In a statement Monday, the Arlington County Board said, “At the direction of the County Board, County Manager and Police Chief, all ACPD officers left the District of Columbia at 8:30 tonight. The County is re-evaluating the agreements that allowed our officers to be put in a compromising position that endangered their health and safety, and that of the people around them, for a purpose not worthy of our mutual aid obligations.”

New York Democratic Gov. Andrew Cuomo said Monday just after Trump spoke, “What the president did was call out the American military against American citizens, just so he could have a photo op of him walking to the church.”

“The perimeter was expanded to help enforce the city’s 7 p.m. curfew in the same area where rioters attempted to burn down one of our nation’s most historic churches the night before,” Judd Deere, a White House deputy press secretary, said. “Protesters were given three warnings by the U.S. Park Police.”

But most protesters were largely peaceful, and law enforcement began moving on them 15 minutes before the curfew even started, according to ABC News’ Rachel Scott. Minutes earlier, Trump had declared himself an “ally” of peaceful protesters.

“I am your president of law and order and an ally of all peaceful protesters,” he said in the Rose Garden.

Several truckloads of D.C. National Guard military police had arrived near Lafayette Park Monday evening where large groups of protesters had fought with police for the past three nights. At one point on Friday the protests prompted officials to have Trump taken to a bunker below the White House for his protection.

Joint Chiefs Chairman Gen. Mark Milley and Barr were seen walking near the police line in Lafayette Park as military vehicles were stationed nearby.

A U.S. official said that active duty Army military police units from Fort Bragg, North Carolina, were preparing to be on standby in the Washington, D.C. area Monday night.

The National Guard troops are going to be protecting national monuments, the White House, property and infrastructure, the official said, and not all D.C. Guard troops will be armed.

Earlier, as the White House geared up for another night of protests outside its gates, Trump lashed out at governors for their handling of demonstrations over George Floyd’s death, emphasizing instances of rioting and looting that marred overwhelmingly peaceful protests across the country.

Rather than focus on protesters’ grievances — such as systemic racism and police brutality — Trump has increasingly turned his focus to squelching the civil unrest that has accompanied the national demonstrations and has taken a hardline stance to restoring order.

He has said, without offering evidence, that much of the rioting that has wracked American cities over recent nights has been carried out by supporters of the amorphous “antifa” movement — a loose group of people who define themselves as anti-fascist. He tweeted Sunday that the U.S. would designate the group a terrorist organization, but the White House did not say Monday under what legal authority it would do so, nor did it explain how it could prosecute its members as terrorists.

The president told the nation’s governors on a call Monday that they need to “dominate” over the ongoing situation of unrest and has related the situation to a military conflict.

He said at another point: “It is a war in a certain sense and we’re gonna end it fast.”

White House press secretary Kayleigh McEnany did little to clarify the president’s meaning except to tell ABC News Chief White House Correspondent Jonathan Karl that the federal government would be deploying “additional federal assets” and that Milley would play a role in a “central command center” to coordinate the responses on the local level.

McEnany also sought to downplay the meaning of the president’s call for governors to “dominate” the streets, saying the president’s interest in calling for greater National Guard activation is not to squelch protests but to allow for them to proceed peacefully.

“When those lines are overwhelmed, law enforcement gets on the defense so what the president has said is he wants to dominate the streets with National Guard, with the police presence and what studies have shown … that when there is an overwhelming National Guard presence it actually deescalates the situation and causes less civil unrest. So Gen. Milley has really been on point in talking about the National Guard. The effectiveness and ensuring that they are utilized to great effect across the country,” she said.

The White House has maintained an “elevated security posture,” with staffers on Monday discouraged from coming in and advised to hide their badges, according to an email sent to staff Sunday night.

In a series of tweets since late last week, Trump has fanned the flames of division by threatening to sic “vicious dogs” on protesters outside the White House — evoking ugly images of dogs used on African Americans in the 1960a — and writing, “when the looting starts, the shooting starts.” The latter, made famous by a Miami police chief in the 1960s, was roundly condemned for its racist history.

Over the weekend, the entire DC National Guard was called up to assist with maintaining order, and a mix of law enforcement agencies — among them Washington’s Metropolitan Police Department, the Secret Service, and U.S. Park Police — pushed back protesters near the White House.

Other federal units have joined, as well, including riot teams from the Bureau of Prisons and a Federal Bureau of Investigation hostage rescue team, a senior Department of Justice official said Monday.

Trump on Monday said in his call with the governors said Washington would be “under much more control” because “we’re pouring in and we’re going to pull in thousands of people.”

He did not elaborate.

Tue Jun 2 , 2020
Fox Business Flash top headlines are here. Check out what’s clicking on FoxBusiness.com. A deal in the money-transfer sector may be in the works as Western Union eyes MoneyGram International. Continue Reading Below This would bring together the top two U.S. providers in that space according to Bloomberg. GET FOX BUSINESS […] 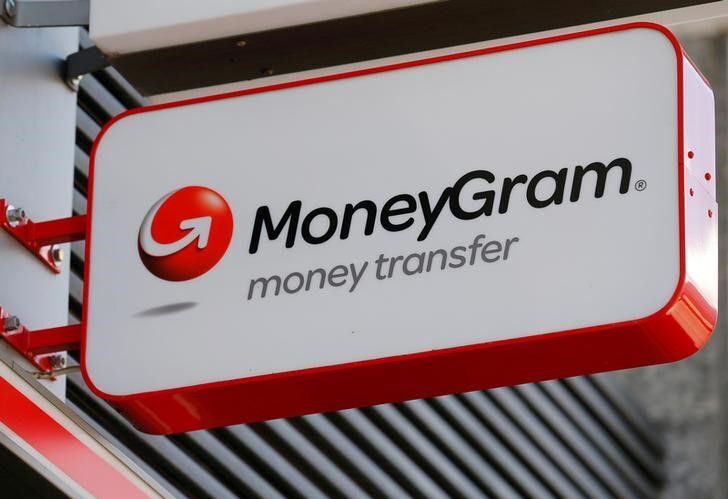