A few days ago I was having a conversation with a friend. He’d just had one of his cars broken into and was struggling as to why it happened.

“They took twenty bucks and a pair of sunglasses. What’s the point?”

The State with the best year round weather (Hawaii not included) beautiful forests, incredible mountains, serene deserts, and the Pacific Ocean, has become a dump.

I looked at my friend and said, “People say all the time that things are changing. They are wrong. Things have changed. The only question now is what are we going to do about it.”

Sadly in California, not much.

There is a reason for this.

California is now filled with other nationalities and groups.

This is called the Bay Area Rumsfeld Effect, or in other words the idiot who tried to Marshall Plan Iraq, which Obama turned into ISIS, while funding Iran, Hamas, and Hezbollah with pallets of cash.

This, according to the media, is of course all President Trump’s fault.

California will continue its slide into chaos because the one group that it must have is leaving in droves.

This group made up of free thinking Individuals is known as AMERICAN and they have had enough and are leaving the mess behind for greener pastures in Tennessee, Washington, Arizona, Nevada, Texas, etc.

According to reports so many AMERICANS have left, the largest populated State in the Nation will lose a seat in the House of Representatives, for the first time.

I have no doubt, if all the criminal foreign nationals were deported, California would lose more than one, and our hospitals, schools, jails, and prisons could stop having fifty-two different interpreters on call.

We might even be able to get through the DMV in an eight hour period or not be required to have “Real ID” otherwise known to Democrats as “voter suppression”.

Still, where are my manners.

How selfish of me to be discussing the plight of Cali when Climate Change is burning down half of Australia.

Two dozen down under were indicted for ARSON?

Out here on the Left Coast we call that PG&E or the homeless burning toilet paper.

Speaking of the Left Coast the Golden Globes kicked off in So Cal.

Ricky Three Sheets to the Wind Gervais fired off with several minutes of hilarity.

It was funny to watch the Liberals sit there and take shot after shot about their idiocy, hypocrisy, and support for their “God” Harvey Weinstein.

Tom Hanks and crew sat fugly in their suits and dresses, having just stepped over needles and urine, fresh from arrival in their limos and jets, ready to consume more in three hours, than the entire country of Haiti, also known as CFC.

Liberals thought I was referring to Chlorofluorocarbons . . . oh who am I kidding.

They have no idea what I just said, or how to even pronounce it.

It’s kind of like Qasem Soleimani or in Liberal speak yes I’ll have a Salami Quesadilla.

Good ol Liberals, you’d think for once they’d approve of President Trump as they are looking for everyone but themselves to consume dramatically less.

That’s one Qasem who will forever be carbon neutral.

Let’s just call it Late-Term Abortion and get this party started.

Why don’t we protect the babies and abort the Liberals.

We can start in California.

Sun Jan 12 , 2020
Space X CEO Elon Musk Photo by Kevork Djansezian For a long time, American space exploration was a closed circle: There was just one customer, the U.S. government (NASA) and a handful of giant defense contractors. Then in 2008 Elon Musk’s SpaceX put the first privately-financed rocket into orbit, Jeff […] 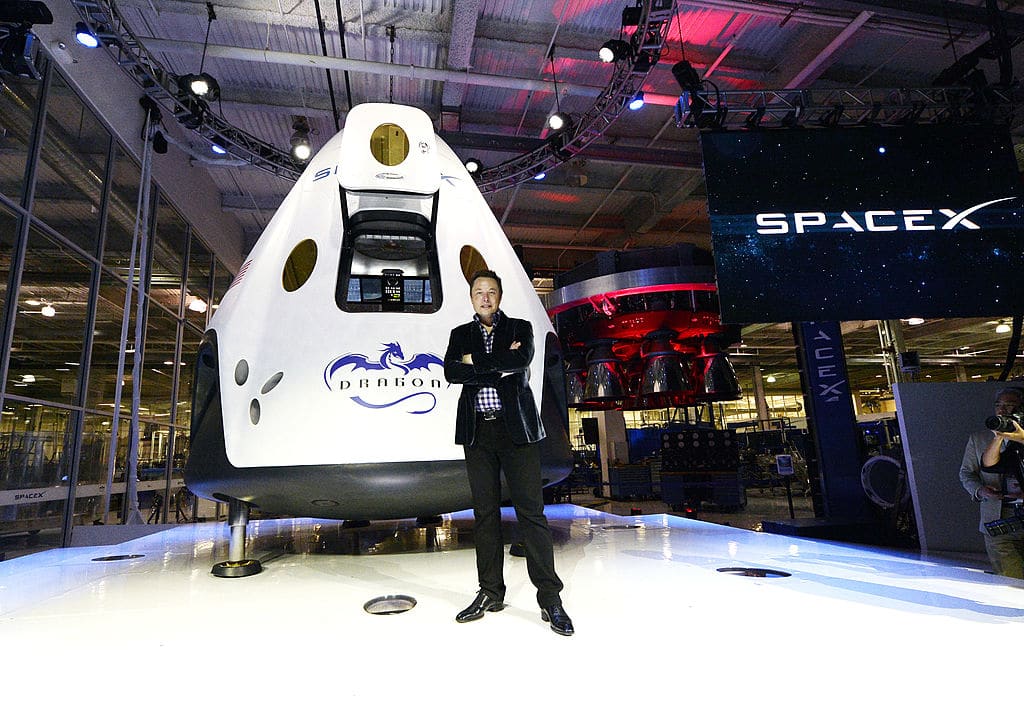