For those who enjoy college football Fox Sports broadcast a game last Thursday night from Minnesota as the Golden Gophers faced off with Ohio State.

Putting the game aside I had to laugh as I watched both teams, coaches, bands, cheerleaders, officials and announcers go about their business with nary a mask in sight.

This was nothing compared to the tens of thousands of fans in the stands watching, dancing and cheering like it was 1999 or 2019 when the economy was booming, ISIS was dead, and gas was affordable for all.

When all of these groups were combined with the television crews, security and vendors it’s easy to say at least fifty thousand people were definitely NOT social distancing or covering their faces yet somehow children across America cannot go to school without masks, shots and lawsuits.

I’ve said it many times and I’ll say it again the RONA is a complete and utter lie.

Your life and its survival is predicated upon your ability to keep your immune system strong.

Regarding nutrition over the last thirty years, virtually everything we have been told as a society has been horribly incorrect and now tens of millions have been coerced, shamed and pressured into making things dramatically worse.

Of course those who don’t want to see reality never will but one must ask why Israelis are no longer allowed to travel to parts of the EU?

Israel is one of the most vaccinated nation’s in the world but for some reason they cannot stop the RONA and its “variants” from spreading.

Although the “media” isn’t reporting any of this the “hot spots” around America are overwhelmingly filled with vaccinated souls, many double jabbed, just like the Israelis.

An entire nursing home was shut down due to a Covid outbreak and according to reports everyone including the staff was vaxxed.

Most of them are still alive, currently, and are lucky they didn’t fall under the purview of Killer Andrew Cuomo yet daily reports of “healthy” men and women around the world continue to come in as heart attacks, strokes and clots are soaring while the “flu” has miraculously disappeared.

Doctors who tell the truth have been banned or removed from social media while Anthony Fauci is broadcast all over the country with his new statement of “third doses offer dramatic Covid protection”.

One can only imagine how powerful the fourth, fifth and sixth doses will be as the Mu or Moooo emerges.

This new strain should be referred to as Baaaa as the sheep clamor and defecate on each other in search of another vax fix.

Life is an individual experience.

Waiting for others to awaken is a lost cause and frankly I’d prefer all Liberals, Progressives and RINOS to line up, get jabbed as many times as possible and especially continue to wear a mask.

This way as they collapse in the streets their stupidity can instantly be recognized as their permanent quarantine sets in.

Liberals, too afraid to live.

Too afraid to die.

Texas abortion ban backlash is distraction from other issues: Cassidy

Sun Sep 5 , 2021
President Joe Biden and Democrats are using the outcry over the new Texas abortion law to distract from other issues including Afghanistan, Sen. Bill Cassidy, R-La., said Sunday. “[The Supreme Court’s decision] had nothing to do with the constitutionality of Roe v. Wade, it was only on if the plaintiffs […] 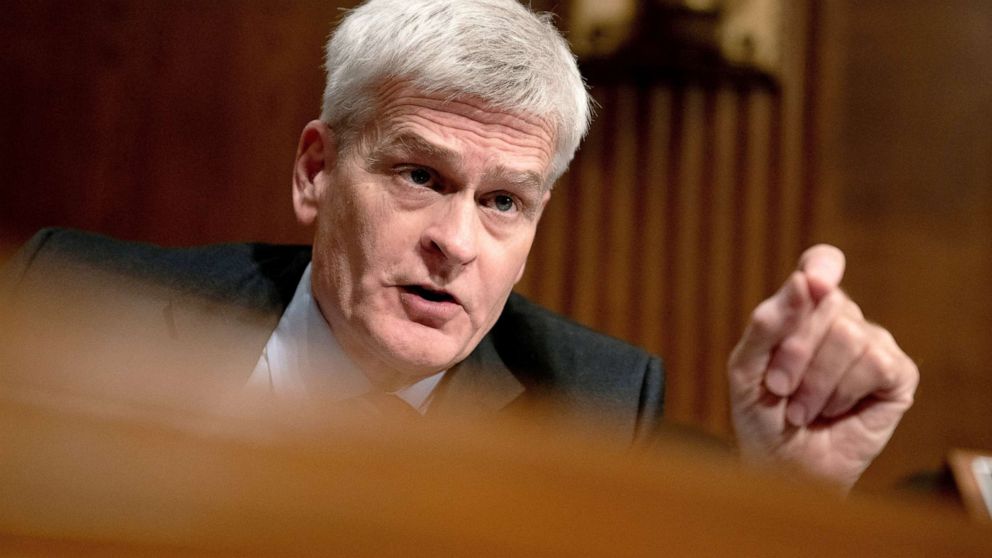