November is probably my favorite holiday month. I say probably because I am a big fan of one day each in May and July.

First we have the recognition and celebration of the United States Citizen known as Veteran.

There is no historical figure more important to Freedom than the American Soldier.

God bless and thank you as in my opinion every day in America is Veteran’s Day.

Second, we have the most aptly named holiday on the planet as humans in the “New World” gathered together to share their abundance and declare their gratefulness for blessings received.

Blessings from God that continue to this day.

As these days come and go it is a wonder to watch, read and listen to the insanity being strewn throughout the greatest country in the history of man.

In New York City Black Lives Matter is threatening a riot if certain demands are not met. Humans are murdered every day in NYC and it is only getting worse as it is very clear law enforcement no longer exists.

In Portland, Oregon a man decided to threaten another with a sword. The individual who was threatened reportedly walked calmly to the trunk of his vehicle and pulled out a rifle whereby sword man apparently understood the concept of bringing a knife, regardless of size, to a gun fight and decided discretion was the better part of valor.

That and a diaper change.

We don’t have the man power to track down sword wielding humans.

Sword man was probably going for a walk when assault weapons guy threatened him.

All guns must be banned.

I won’t bother to point out that the rifle quite possibly saved both of their lives.

In California Gavin Newsom had a reaction to one of the Covid-19 booster shots, allegedly, and disappeared for almost two weeks only to reappear and blame it all on his children.

Liberal leadership at its best.

Now mask them and jab poison into their little bodies.

Of course it could have been worse.

They could have been sliced and diced in the womb and then sold to the highest bidder over a nice chardonnay.

Fleas and ticks have more benefit to a society than Liberals and we attempt to eradicate them every day.

Side effects like stroke, heart attacks and blood clots.

How about a nice swallow of Tardive dyskinesia to go along with your valium and statins as you finish off your party pack of M&M’s, slam down your third piece of “all natural flavors” apple pie and flop on the couch with meat sweats, which isn’t the meat at all, to stare bloated and blankly at the television as the NFL sneers every year with their presentation of the Detroit Lions!

Hydrogenated oil,  carnauba wax, bigotry and felons all wrapped in a bow of ever struggling belts and growing waistlines.

My oh my how we have lost our way as too many live to eat rather than eat to live.

Occasionally I wonder what Adam Smith would think of today’s world.

I cannot imagine the Scottish theorist and genius, whom to my knowledge has given the best description of what free Individuals could achieve, would even recognize humans today.

The Invisible Hand has been replaced by the Imbecilic Man, but never to fear.

As virus surges in Eastern Europe, leaders slow to act

Sun Nov 14 , 2021
BELGRADE, Serbia — At the main hospital in Romania’s capital, the morgue ran out of space for the dead in recent days, and doctors in Bulgaria have suspended routine surgeries so they can tend to a surge in COVID-19 patients. In the Serbian capital, the graveyard now operates an extra […] 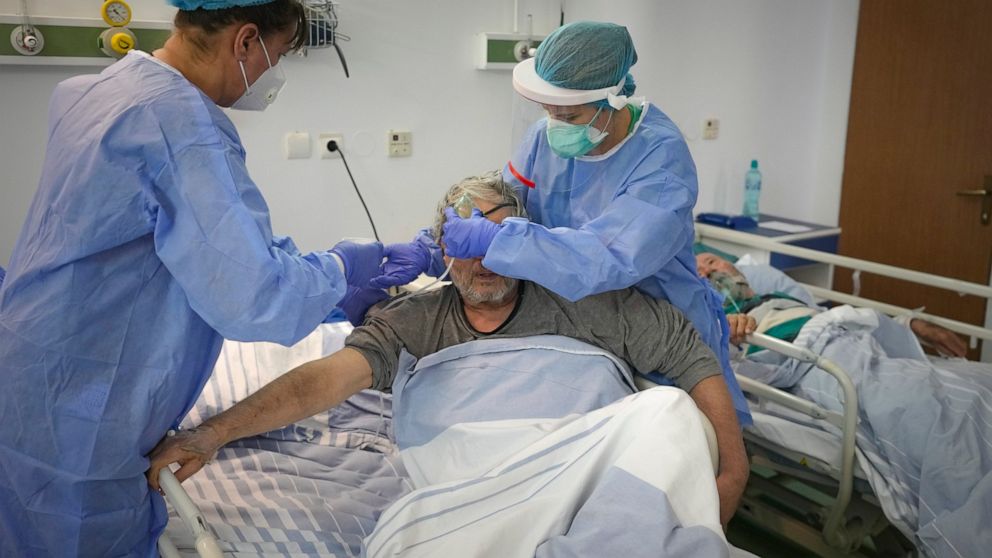