Has ‘Fake News’ gotten out of control? In a way, yes, totally off the deep end.

On Wednesday the Washington Post warned the public that actual fake copies of the paper are being distributed around Washington.

Ian Kullgren from Politico posted a picture of the fake copy:

.@washingtonpost you might want to deal with the lady handing out fake copies of the Post outside Union Station. I tried to explain why this is problematic but she wasn’t having it. pic.twitter.com/pjohcCFSx7

Other fake headlines such as, “Celebrations break out worldwide as Trump era ends,” and “Pres. Pence begins ‘clipped duck’ term,” were out there for people to see.

The Post also stated that digital versions of the fake paper are out there circulating the public. The fake site contains a lot of stories about Trump’s imaginary departure from office. It also gives the reaction to it, which is fake as well.

What news can you really trust out there? I believe it has gotten out of control.

The phony paper is noticeably comparable to the bona fide version in terms of the way it looks. It’s difficult to tell the difference except if you know the real headlines from fake ones.

There are fake print editions of The Washington Post being distributed around downtown DC, and we are aware of a website attempting to mimic The Post’s. They are not Post products, and we are looking into this.

In reference to a woman who handed him the fake paper outside Union Station, Kullgren wrote, “She was literally claiming it was a special edition of the Post.”

A person with the name L.A. Kauffman also tweeted images from an unverified account.

While we love the headline, we didn’t produce today’s satirical Washington Post.

So sorry to hear the news about Jeff Bozo being taken down by a competitor whose reporting, I understand, is far more accurate than the reporting in his lobbyist newspaper, the Amazon Washington Post. Hopefully the paper will soon be placed in better & more responsible hands!

Will we ever be able to tell the difference between the fake Post and the real Post? I’m not sure. Most of the news comes from mainstream media which is full of ‘fake News’. This is why I write. I want to get some real news out there.

"Super blood wolf moon" to light up the sky

Wed Jan 16 , 2019
A rare lunar eclipse will unfold Sunday night — and it’ll be hard to miss if you stay up. As long as the weather cooperates, the “super blood wolf moon” will be visible across the U.S., Europe and parts of Africa and Russia. According to Space.com, this will be the […] 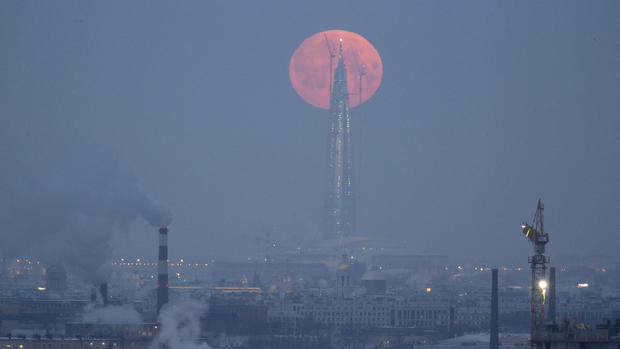