By the Fourth of July, drivers usually see the highest gas prices of summer in the rear-view mirror.

That may not be the case this year, even though the national average is down about 14 cents from the near $3 a gallon drivers paid in late May. Consumers are paying the highest Fourth of July gasoline prices in four years.

The uncertainty surrounding U.S. efforts to sanction Iranian oil, as well as unexpected outages in other oil-producing countries, has driven West Texas Intermediate crude futures to fresh 3½-year highs. Earlier Tuesday, it traded briefly above $75 per barrel, and futures for Brent, the international bench mark, rose above $78 per barrel.

“There are things going wrong in crude, and there are things that could go wrong in refining,” said Tom Kloza, global head of energy analysis at Oil Price Information Service. Kloza said the refining system is vulnerable to power outages and the threat of summer hurricanes in the Gulf of Mexico.

Kloza and other analysts expect gasoline prices to creep up, with higher oil prices. Tuesday’s $2.86 per gallon for unleaded nationally was a penny higher than Monday’s price and two cents higher than a week ago. In May, gasoline peaked at $2.99 per gallon, according to AAA.

“I think we’re going to be spending the really peak driving months of July and August between $2.90 and $3.10 because of crude oil prices, but there’s absolutely no margin for error in U.S. refining,” Kloza said. He said when the summer driving season is over, there is less pressure and prices could slip back unless oil prices are much higher. U.S. refineries are running at full throttle, taking in last week 18 million barrels of oil to process. U.S. drivers consumed 9.7 million barrels of gasoline per day, close to the year’s high of 9.85 million barrels reached in April. The U.S. also exports gasoline, and for the week ended June 27, 613,000 barrels a day were sent out of the country, mostly to Mexico and other parts of Latin America.

“Mexican refineries are operating at 41 percent, and Venezuela refinery utilization is somewhere under 20 percent, so there’s no margin for error,” Kloza said.

Oil prices slipped temporarily from May’s highs in the low $70s per barrel, to $65 per barrel for WTI during June, and gasoline prices fell with it. But crude prices are now at the highest point since November 2014.

Morgan Stanley analysts Tuesday changed their forecast and now expect $85 per barrel Brent in the second half of the year.

“We see lower output from Iran, Libya and Angola ahead, but increase our forecasts for Saudi Arabia. On balance, this leaves the oil market tighter than before, with less spare capacity,” the analysts wrote.

The U.S. is demanding that customers of Iranian oil end all of their purchases by Nov. 4, and Saudi Arabia has said it would help keep the market in balance by tapping its spare capacity and putting oil on the market in conjunction with its partners. Some analysts say that is the formula for a potential crude spike, if there are any other unanticipated supply disruptions.

“If oil prices rise to $85 over the next couple of months, the consumer is going to see gasoline prices rise even during the upcoming winter,” said Andrew Lipow, president of Lipow Oil Associates. He said gasoline prices are more influenced by Brent than WTI. “If WTI went to $85 tomorrow, you would expect gasoline prices would rise 25 cents a gallon.”

Lipow said gasoline may have seen its high-water mark this year but he still expects it to rise by about a dime in the near future. He said seven states, including Oklahoma, South Carolina and Indiana, will pay a few cents more because of higher gasoline taxes, starting July 1.

Tue Jul 3 , 2018
As it pushed to hit its electric vehicle production targets for the quarter, Tesla decided to skip “brake-and-roll” testing for its Model 3 sedans in its Fremont factory. The company managed to meet a self-imposed deadline to produce 5,000 Model 3 cars in a week after several quarters of missing […] 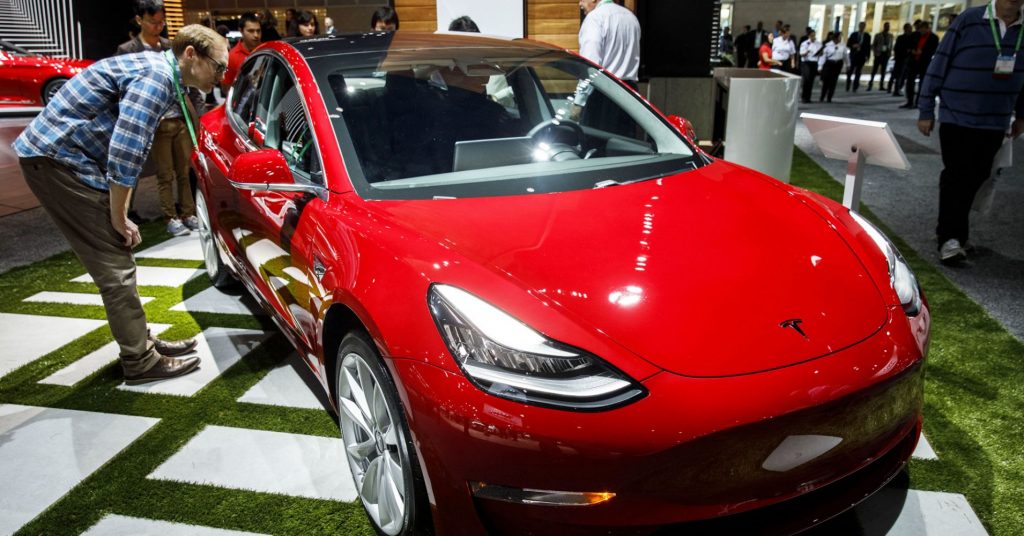