On Tuesday, Air Force 2 made an abrupt turn and flew back to Washington D.C. with Vice President Mike Pence cancelling his attendance at an event in New Hampshire.

Pence had been scheduled to speak on the opioid crisis and illegal drugs at an event in Salem, New Hampshire. It was planned that he participate in a roundtable discussion with former patients and alumni at the Granite Recovery Center headquarters and deliver remarks and then return to Washington in the evening.

Just before Pence was scheduled to arrive, the event was cancelled and his plane was diverted back to Washington for an undisclosed emergency.

Randy Gentry, a representative of Pence’s office, told the crowd in Salem that the event was being cancelled.

Gentry said, “We do have a situation where the vice president was called back to Washington.”

Press Secretary for the vice president, Alyssa Farah, tweeted this:

Something came up that required the @VP to remain in Washington, DC. It’s no cause for alarm. He looks forward to rescheduling the trip to New Hampshire very soon.

A conflicting report from a White House official said later that Pence had not left D.C., and is back at the White House.

President Trump is in Washington Tuesday but does not have any events planned.

Tue Jul 2 , 2019
A for sale sign stands before property for sale in Monterey Park, California. Frederic J. Brown | AFP | Getty Images A Federal Reserve economist says the current housing backdrop is similar to recent economic slumps, with several metrics “consistent with the possibility of a late 2019 or early 2020 […] 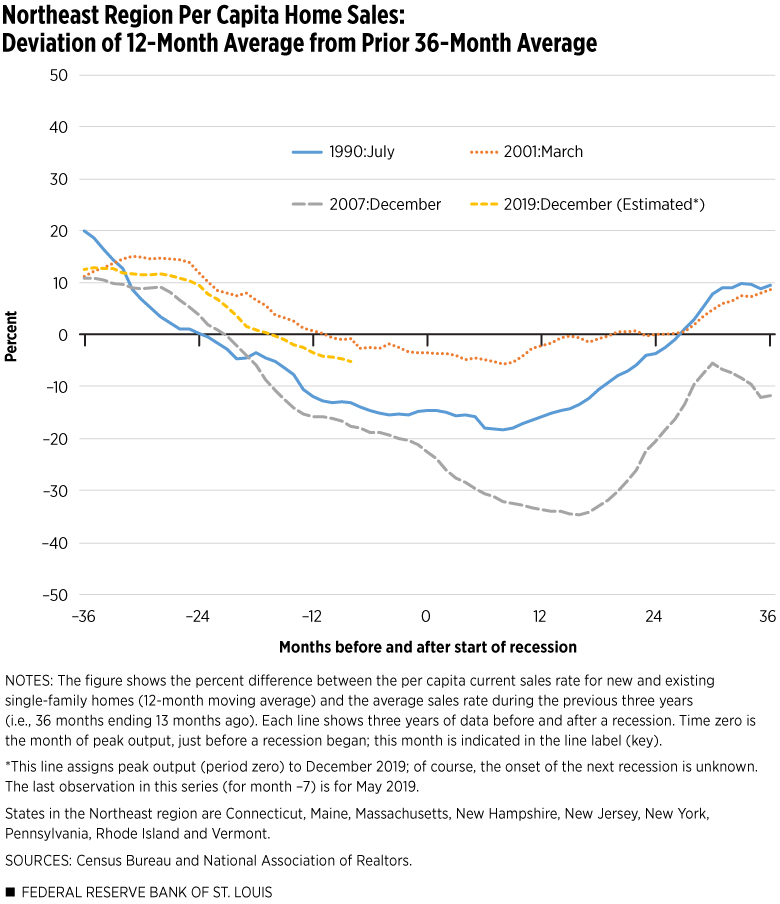