Biden did an interview on CNN, which aired on Friday, where he made some strong claims about President Trump.

The former vice president slammed Trump’s foreign policy and also predicted that NATO would cease to exist if Trump were re-elected as president of the United States.

Biden was then asked by CNN anchor Chris Cuomo answered, “He says he’s gotten NATO to give in more money for defense because of his tactics.”

Biden came back with, “Oh, give me a break. Let me put it this way; If he wins re-election, I promise you there will be no NATO in four years or five years.”

That was a pretty bold statement. It appears that Biden has a crystal ball from which he can predict the future.

“If he wins reelection, I promise you there will be no NATO in 4 years or 5 years.” https://t.co/tDM9CsVNv8 pic.twitter.com/BPUnmtNKXI

Biden then delved into Russian interference in European countries.

Biden went on to say, “While Putin’s trying to undo our elections, he’s actually undoing elections in, in Europe. Look at what’s happening in Hungary… look at what’s happening! You think that would happen on my watch, on Barack’s watch? You can’t answer that, but I promise you it wouldn’t have. And it didn’t.”

Did Biden forget that he was Barack Obama’s vice president from 2009 until the end of 2016?

Trump won the presidential election on November 8, 2016 and became the President-elect. Trump and his running mate, Mike Pence, were formally elected by the Electoral College on December 19, 2016.

I’m not a mathematical genius, but to me that puts Biden, along with Obama, in the White House during the 2016 elections.

Does Biden not remember that he was in office in 2016? Is he senile or does he have Alzheimer’s? It happened under his watch.

The intelligence community determined Russia did try to interfere in the 2016 election which took place during the Obama administration when he was vice president.

So, we know where Biden was when Vladimir Putin was interfering in the U.S. election. Maybe he just doesn’t remember? Well, maybe he just wants to forget that he and Obama couldn’t or wouldn’t address the matter? 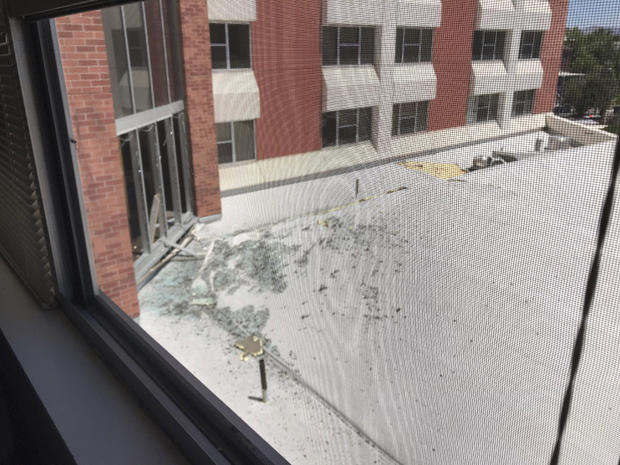