A prisoner exchange has led to an American graduate student, who was being held in an Iranian prison for over three years, was released in an exchange for an Iranian scientist.

It was announced by both Iran’s foreign minister and the White House that Princeton University graduate student Xiyue Wang was exchanged for scientist Massoud Soleimani, who was being held in an Atlanta jail over accusations that he violated U.S. sanctions.

U.S. special representative for Iran, Brian Hook, accompanied Soleimani to Switzerland to make the exchange and will return with Wang.

The prisoner swap took place in Zurich. Hook and Wang are now en route to Landstuhl in Germany where Wang will be examined by doctors. Hook is expected to return to the U.S. from Germany but not with Wang as he will undergo medical evaluation for several days.

The U.S. had repeatedly called for his release.

The White House released a statement on Saturday in which President Trump said, “After more than three years of being held prisoner in Iran, Xiyue Wang is returning to the United States. The highest priority of the United States is the safety and well-being of its citizens.”

Trump went on to say, “Freeing Americans held captive is of vital importance to my Administration, and we will continue to work hard to bring home all our citizens wrongfully held captive overseas.”

On Saturday Secretary of State Mike Pompeo said that Wang was on his way back to the United States where he will be reunited with his wife and son.

In a statement Pompeo said, “The United States will not rest until we bring every American detained in Iran and around the world back home to their loved ones.”

Wang had been sentenced to ten years in prison for allegedly “infiltrating” the country and sending confidential material abroad.

Wang’s alleged crime is adamantly denied by his family and Princeton University.

Wang is a Chinese-born naturalized American citizen and a fourth-year doctoral student of history at Princeton University. According to the university, he was arrested while conducting research on the Qajar dynasty that once ruled Iran for his doctorate in late 19th and early 20th century Eurasian history.

Gua Qu, who is Wang’s wife was thrilled to hear of his release and tweeted this:

Statement of Hua Qu, wife of Xiyue Wang:
Our family is complete once again. Our son Shaofan and I have waited three long years for this day and it’s hard to express in words how excited we are to be reunited with Xiyue. We are thankful to everyone who helped make this happen.

This is great news! We have President Trump and his administration to thank for making this happen.

The Swiss Embassy in Tehran looks out for American interests in the country as the U.S. Embassy there has been closed since the 1979 student takeover and 444-day hostage crisis.

Iranian Foreign Minister Mohammad Javad Zarif posted on Twitter early Saturday ahead of the swap, and again after it was confirmed.

Wang’s release was negotiated with the assistance of the Swiss Embassy in Tehran, who looks out for America’s interests in the country as the U.S. Embassy there has been closed since the 1979 student takeover and 444-day hostage crisis.

It was reported by Iran’s state-run IRNA news agency that Soleimani was with Iranian officials in Switzerland.

Soleimani works in stem cell research, hematology and regenerative medicine. He was arrested by U.S. authorities on charges that he had violated trade sanctions by trying to have biological material brought to Iran.

Like Wang, Soleimani and his lawyers strongly deny his guilt.

Soleimani maintains that he seized on a former student’s plans to travel from the U.S. to Iran in September 2016 as a chance to get recombinant proteins used in his research for a fraction of the price he’d pay at home.

Things are looking good for the holidays for the Wang family.

Lawmakers near agreement on parental leave for federal workers

Sat Dec 7 , 2019
Capitol Hill leaders are nearing agreement in negotiations on an annual defense policy bill that would extend 12 weeks of paid parental leave to federal workers, both military and civilian, in exchange for establishing President Trump’s space force initiative. The agreement would trade a major expansion of benefits to federal […] 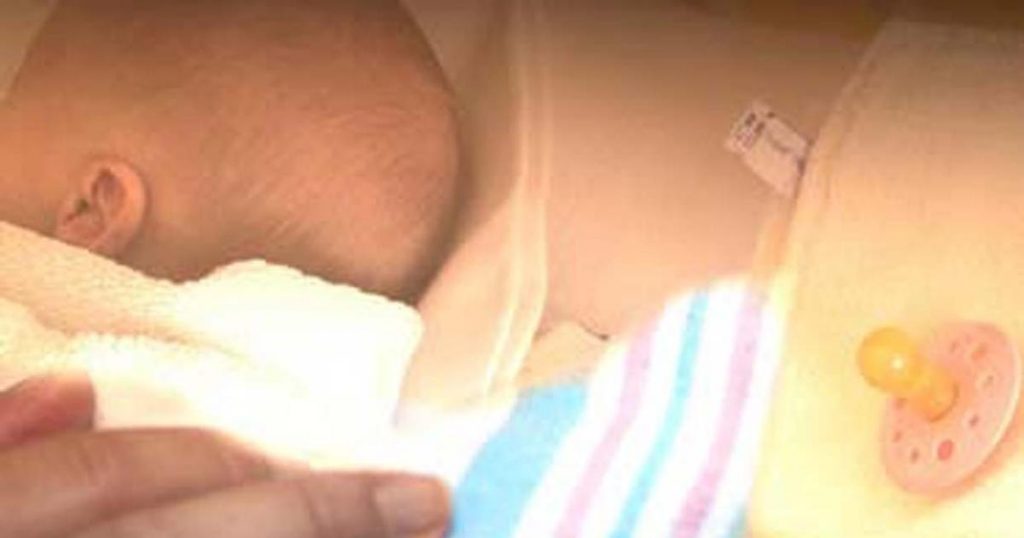