The long and drawn out Russian meddling probe ultimately brought up and gave center stage to explosive texts between then-lovers Page and her partner then-FBI Special Agent Peter Strzok.

The transcripts from last year’s interview with Page brought to light revealing new details about the bureau’s controversial internal discussions regarding an “insurance policy” against then-candidate Donald J. Trump.

Page got her name recognized when it was revealed by the Justice Department inspector general that she and Strzok exchanged numerous anti-Trump text messages. Page and Strzok were deeply involved in the FBI’s initial counterintelligence investigation into Russian meddling. They investigated potential collusion with Trump campaign associates during the 2016 election. Later, they both served on Special Counsel Robert Mueller’s team.

In the text messages that were shared by Page and Strzok the so-called “insurance policy” was mentioned on numerous occasions.

During her interview with the Judiciary Committee in July 2018, Page was questioned about the texts. Page answered questions for about 10 hours total on July 13 and July 16.

Page ultimately confirmed that the “insurance policy” referred to the Russia investigation. She explained that officials were proceeding with caution, concerned about the implications of the case while not wanting to go at “total breakneck speed” and risk burning sources as they presumed Trump wouldn’t be elected anyway.

Page also confirmed that investigators only had a “paucity” of evidence at the start.

The full text of the questions can be seen here:

After the questioning began, then-Rep. Trey Gowdy, R-S.C., asked about the text sent from Strzok to Page in August 2016.

The text reads, “I want to believe the path you threw out in Andy’s [McCabe’s] office—that there’s no way he gets elected—but I’m afraid we can’t take the risk. It’s like an insurance policy in the unlikely event you die before you’re 40.”

FBI agents had named the investigation into the Trump campaign, “Crossfire Hurricane.”

Page said, “So, upon the opening of the crossfire hurricane investigation, we had a number of discussions up through and including the Director regularly in which we were trying to find an answer to the question, right, which is, is there someone associated with the [Trump] campaign who is working with the Russians in order to obtain damaging information about Hillary Clinton. And given that it is August, we were very aware of the speed and sensitivity that we needed to operate under.”

Page also said that, “if the answer is this is a guy just being puffery at a meeting with other people, great, then we don’t need to worry about this, and we can all move on with our lives; if this is, in fact, the Russians have coopted an individual with, you know, maybe wittingly or unwittingly, that’s incredibly grave, and we need to know that as quickly as possible.”

If you read the transcripts, you will see that it was never expected that Trump would be the President of the United States. In fact, the D.C. swamp agreed and Page said that all they needed was an allegation, and claimed “it is entirely common, particularly in a counterintelligence investigation, that you would only have—you would have a small amount of evidence” in launching a probe.

The pair worked on the FBI’s investigation of Hillary Clinton’s private email server and then Page served a short detail on Mueller’s team and then returned to her post at the FBI in 2017. She then ultimately left the bureau in May 2018.

Strzok was removed from Mueller’s team after the texts were discovered and was reassigned to the FBI’s Human Resources Division. He was fired in August 2018.

Recently, former FBI Deputy Director McCabe, said he did not recall ever discussing the “insurance policy” with Strzok or Page.

I believe that “Andy’s” bubble burst with revelations that Page remembered the situation clearly.

Tue Mar 12 , 2019
For the second time in less than a week, President Donald Trump‘s former campaign chairman, Paul Manafort, is set to be sentenced in a criminal case lodged by special counsel Robert Mueller. Manafort, 69, faces a maximum possible sentence of 10 years in prison from Judge Amy Berman Jackson at […] 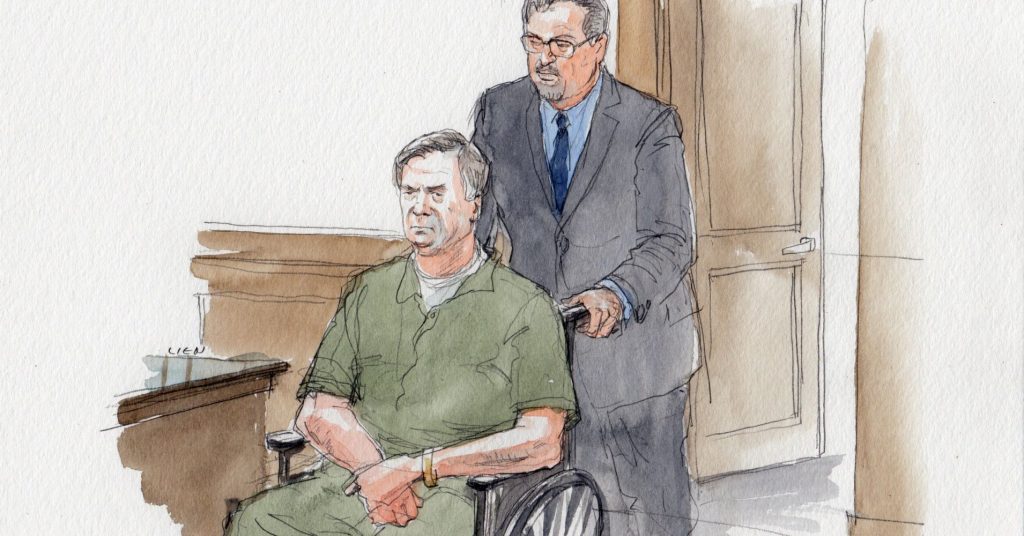