FILE PHOTO: Texas running back Ricky Williams shows off the 1998 Heisman trophy after being named the top collegiate football player December 12. Williams is the all-time leading rusher in Division 1-A history with 6,279 yards. RC

The Heisman Trophy presented to Texas running back Ricky Williams in 1998 sold at an auction for $504,000, a record for college football’s most recognizable award.

Williams sold his trophy to a private collector for an unspecified amount in 2014. That collector, Brian Hobbs, opted to sell it at the annual Heritage Auctions’ Fall Sports Memorabilia Collectibles event Friday.

Late Colorado running back Rashaan Salaam’s Heisman Trophy sold for nearly $400,000 in an online auction in January 2018, with proceeds benefiting research into brain injuries, according to published reports.

–Wisconsin running back Jonathan Taylor became the fourth player in FBS history to rush for 5,000 yards before his senior season, joining Heisman Trophy winners Herschel Walker of Georgia and Ron Dayne of Wisconsin, as well as Oregon’s LaMichael James, with a 16-yard run over left guard on the first play from scrimmage.

Taylor, who won the 2018 Doak Walker Award as the nation’s top running back, entered Saturday’s game needing just 4 yards to reach 5,000. He also entered the day needing 145 yards to move past Montee Ball (5,140 yards) and into second place in Wisconsin history behind Dayne (7,125).

–Miami wide receiver Jeff Thomas received a one-game suspension and sat out the game against visiting Georgia Tech, the team announced. According to the school, Thomas was suspended for an unspecified violation of team rules.

Thomas’ 24 receptions trail only tight end Brevin Jordan on the team, while his 270 yards receiving are third most on the Hurricanes. He has two touchdown catches, tied for the most on the club.

Thomas led Miami with 35 receptions and 563 receiving yards in November 2018 before being dismissed from the team for unspecified reasons prior to the regular-season finale. He reportedly contemplated transferring to Illinois before electing to return to the Hurricanes.

Sun Oct 20 , 2019
Non-profit organization PERIOD launched the inaugural Period Day Saturday to call for menstrual equity. The organization held rallies in every U.S. state to discuss period poverty and demand that menstrual products become more accessible.   Menstrual product company Always found in a study that one in five girls in the […] 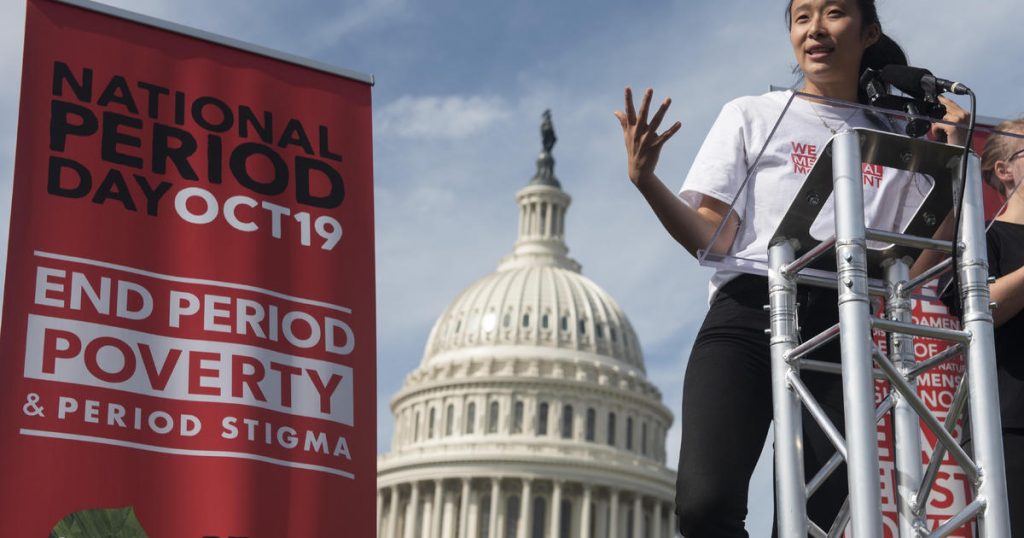