If you were watching the House Judiciary Committee hearing which was intended to question Attorney General William Barr yesterday, you’ve learned a few things.

Democratic Representatives enjoy reclaiming their time. As a matter of fact, they ask questions without wanting to hear the answers.

Democrats stopped Barr from answering several questions by reclaiming their time. It appeared that they never intended on giving Barr any time to explain himself.

Representative Jim Jordan R-OH., the top Republican, showed a video of so called peaceful protestors, rioting, setting fires, attacking law enforcement and looting but Chairman Jerrold Nadler D-N.Y., cut it off before it was shown in its entirety.

The ten minute video was cut off about two minutes before its conclusion.

Nadler said that the video was out of order. He went on to say that Republicans had not provided adequate notice that they were going to play it and criticized its length.

Well this video is available, so far, because you never really know how long it will take before a video will be available until it is zapped from view.

When Democrats, along with Internet moguls and the mainstream media don’t want something shown, it’s taken down.

Here watch this video before someone removes it.

Wed Jul 29 , 2020
Just two days after the death of George Floyd at the hands of police in May, a masked man holding an umbrella was seen smashing windows and helping to incite violence during protests in Minneapolis. Now, the city’s police department believes it has identified the man as a white supremacist, […] 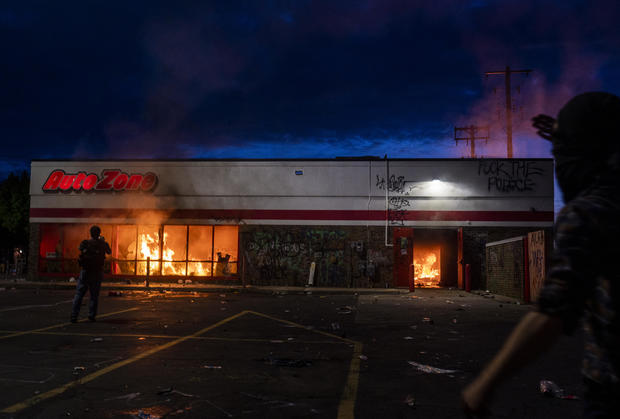