During my youth one of my favorite newspapers to read was the USA Today.

I enjoyed their breakdown of disparate sections of the world as well as the color coding that differed from any other print media.

One of their more recent columns was titled,”White extremism is winning in my Vermont town. I’m selling my animal sanctuary and moving.”

Bigoted propaganda like this used to irritate me but in today’s world it actually makes me laugh as its whiny pathetic author goes about creating “his truth” also known as fiction.

His second paragraph, listed below, is a microcosm of the safe space inherited money liberal mindset that should require all Progressives to wear Pampers as we are all tired of cleaning up their feces.

“It’s everywhere. It’s even in Vermont, where I live, which some people mistakenly consider a progressive haven. It’s bullied countless people of color in Vermont– who had to flee their communities because it became increasingly hostile and unsafe for them – and now it’s pushing me out, too. I’m selling my farm this summer, in fact, because the assault-weaponed bullies are winning on my road, and I refuse to stoop to their level and weaponize myself to fight back.”

I’m sure Black Lives Matter, Antifa and looting had nothing to do with Americans in Vermont pushing back.

It was just random privileged white dudes running around terrorizing the “colors” because that happens everyday across America.

The stupidity of this “author” is beyond rational understanding. Suffice it to say I’m sure this lib has been vaccinated at least five times which hopefully caused sterility as the last thing this country needs is more beta males breeding.

You can run but you can’t hide sweetheart.

“It’s even in Vermont, where I live!”

One can literally see the urine running down his leg.

Putting aside the skin color bigotry let’s take a look at what is actually in Vermont.

Bernie Sanders, the Progressive (Communist) who believes women fantasize about being raped by three men simultaneously while having intercourse is in Vermont along with all the disgusting perverts who continue to vote for him AND anti-semitism known as Ben&Jerry who have made millions selling Type-Two Diabetes, heart attacks and strokes while begging for “universal healthcare” and hating Jews.

Of course our asinine author also lives in Vermont and as with all libs struggles with language, facts and truth.

There is no such thing as an assault weapon, nor can one make it past tense by adding “ed” but due to the libs lack of education let us again explain.

A “weapon” or a “gun” is an inanimate object.

An assault is what Progressive Andrew Cuomo or Bill Clinton or Joe Biden or Jeffrey Epstein committed dozens of times, not to mention battery and rape.

Assault and weapon isn’t like peanut butter and chocolate.

They don’t go together nor did Jeffrey Epstein kill himself although if Andrew or Bill or Joe were found “suicided” I for one would not be disappointed.

Referring back to the story our USA Today author finally explains his problem.

It isn’t the faux “mean to black people” culture appropriation or the ridiculousness of referring to the NAACP as a legitimate organization.

The anti-American putz’s problem is living out in the mountains and having to deal with noise from people who like to shoot their handguns and rifles.

Yes, the teeny weenie believes everyone should conform to his every desire and if people don’t they are “white extremists” or let us be honest we all know the word Nazi gets thrown around by these jokers who are trying to force masks, color coded bracelets and injections into anyone and everyone they choose.

Finally, at the end of his verbal vomitorium his fear of the bad white man was so great we are lead to believe he is already on his way “north” probably to Canada to join the Tories and all the Vietnam draft dodgers but alas we are let down as apparently the “death threats” and gas lighting are not enough.

The last statement by this piece of cr#p is this:

“I’m on a short leash with this state and give it a few more years to restrain its armed white extremists or I’m gone.”

Liberals are like a drunk at a party or Andrew Cuomo.

They whine, bitch and moan but they never leave.

Collecting the words of Jim Morrison

Sun Aug 8 , 2021
Collecting the words of Jim Morrison – CBS News Watch CBSN Live When the lead singer of The Doors, Jim Morrison, died in 1971 at age 27, he left behind boxes filled with poetry, journals, and handwritten lyrics of what would become some of the era’s most memorable songs. His […] 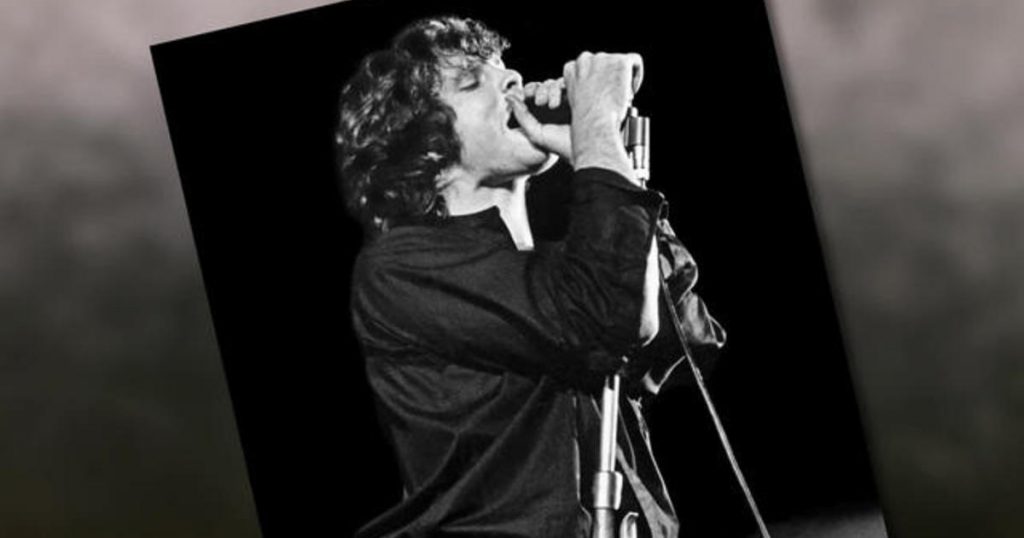