The U.S. Southern border is a place where the action never stops. Smugglers are rather inventive when thinking up new ways to divert attention by U.S. Border Patrol Agents.

Monday was no exception to the basic rules of getting illegal immigrants into the United States. Two Salvadoran girls were used as decoys and distracted from the actual intentions they represented.

On Tuesday, U.S. Customs and Border Protection in San Diego said that an unidentified smuggler dropped the two young girls into concertina wire at an “aging” section of the border barrier.

Video evidence showed the girls being dropped from the wall before the smuggler fled the scene.

Border patrol responded and rushed to the scene. They gave the girls medical attention before taking them to a nearby station.

But the video surveillance showed that the girls were just a decoy to allow at least ten people cross into U.S. territory illegally.

CBP San Diego tweeted out this:

This is not the only video that CBP San Diego has in their collection. Illegal’s continue to cross our border at an alarming rate.

Wed Mar 13 , 2019
A police officer stands guard outside the tower after people were evacuated from the Mexican headquarters of Spain’s BBVA due to what the bank said were two anonymous emails threatening violent acts against its corporate offices, in Mexico City, Mexico March 13, 2019. REUTERS/Henry Romero March 13, 2019 By Dave […] 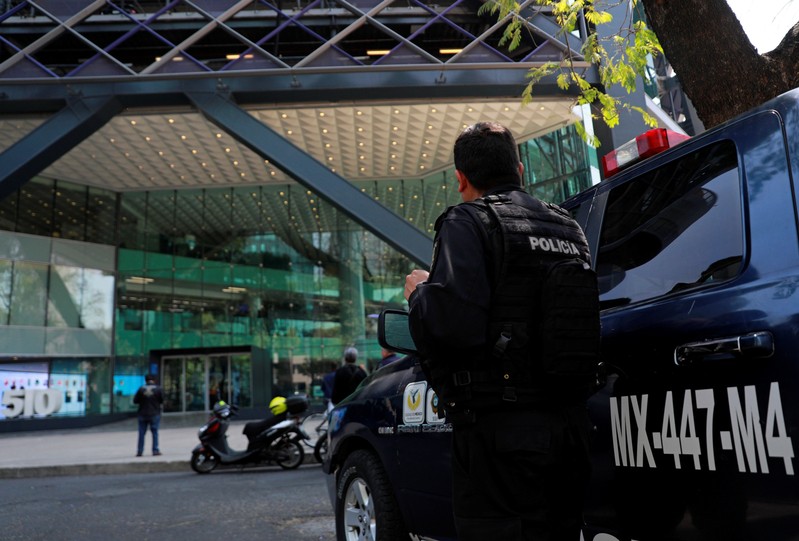