Friday night brought with it great displeasure for President Trump’s actions from two Democrats. Even though the reality that many Democrats are displeased with Trump at any given point, former CIA Director John Brennan and former DNI James Clapper showed special disdain for Trump leading to the weekend.

Brennan and Clapper came down on Trump for directing Attorney General William Barr to declassify documents related to the surveillance of his campaign during the 2016 election.

Brennan said to MSNBC host Chris Hayes, “I see it as a very, very serious and outrageous move on the part of Mr. Trump, once again, trampling on the statutory authorities of the Director of National Intelligence and the heads of the independent intelligence agencies. And it’s unclear to me what Mr. Barr is actually going to do. Is he investigating a crime? Well, what’s the predication of that crime? Or he is just going to be looking for information… that Mr. Trump can just give to his defenders on the right and cherry-pick information that could be taken out of context?”

Brennan, along with his concerns for exposing “sources and methods” as well as the intelligence of “partners abroad” said, “This is very serious and I know that my former colleagues in the intelligence agencies are looking upon this with great concern and worry.”

Along with his allegations of Trump’s decision being not to their liking, Brennan said he hopes that DNI Dan Coats and CIA Director Gina Haspel will “stand up” to President Trump’s “unprecedented act.”

A tweet by Trump may have brought on the extra anger. Trump had tweeted a political cartoon depicting the former CIA Director, former DNI Clapper, and former FBI Director James Comey. Brennan replied to the president’s tweet.

Young people everywhere: Please do not emulate Mr. Trump’s very immature behavior. Find others of honesty, integrity, & decency to be your role models. And always try to do what you know is the right thing, even when doing what is right is both unpopular & difficult. https://t.co/DptZcfk1Z1

Brennan was not alone in his negative verbiage. Clapper was spewing the same verbal garbage. Clapper told Anderson Cooper on CNN that the “bigger issue” is “what exactly is the scope” of the declassification, whether it involves all of Russia’s interference in the election or just the counter-intelligence probe.

Clapper expressed similar concerns as Brennan regarding sources and methods being exposed and putting “people’s lives at risk.”

Clapper is now a CNN analyst. He’s just what CNN needed; more ‘fake reporting’. He still insists that the infamous Steele dossier was not used as sourcing for the intelligence community assessment in January 2017.

I can only give my humble opinion here. Both Clapper and Brennan have never been fans of Trump. Their claims don’t sound kosher to me.

The elephant in the room is that James Comey is in the cartoon, as well. Comey is tweeting about the 2020 election and, of course, “spying” and “treason” were thrown into the mix.
Comey has this to say:

Investigate whatever you wish about 2016 but don’t forget the people of the FBI must investigate and stop Russian efforts in the 2020 election. What impact will loose talk about “spying” and disgraceful talk about “treason” have on FBI agents and analysts?

Consider the sources. Honestly, do you trust Brennan, Clapper or Comey? I’ll add; who would? I guess the Democrats love to hear the trash that they drum out.

Most Congressional Democrats have flipped sides on Barr. They used to like him before Trump appointed him. Now, all kinds of investing is happening on both sides of the aisle. The cost will be high but then the Mueller report has cost the American people over $25M so far.

To bring the actual criminals to justice, I’m certain that many would want to pick up this (bar bill) Barr Bill.

My popcorn is bought and ready for me to dig in. The show is about to begin and I’ll be watching closely.

Sat May 25 , 2019
A row of Fiat Chrysler Automobiles (FCA) 2017 Crysler Pacifica minivan vehicles are displayed for sale at a car dealership in Moline, Illinois, on Saturday, July 1, 2017. Daniel Acker | Bloomberg | Getty Images Fiat Chrysler and France’s Renault are in advanced talks to forge extensive ties in the […] 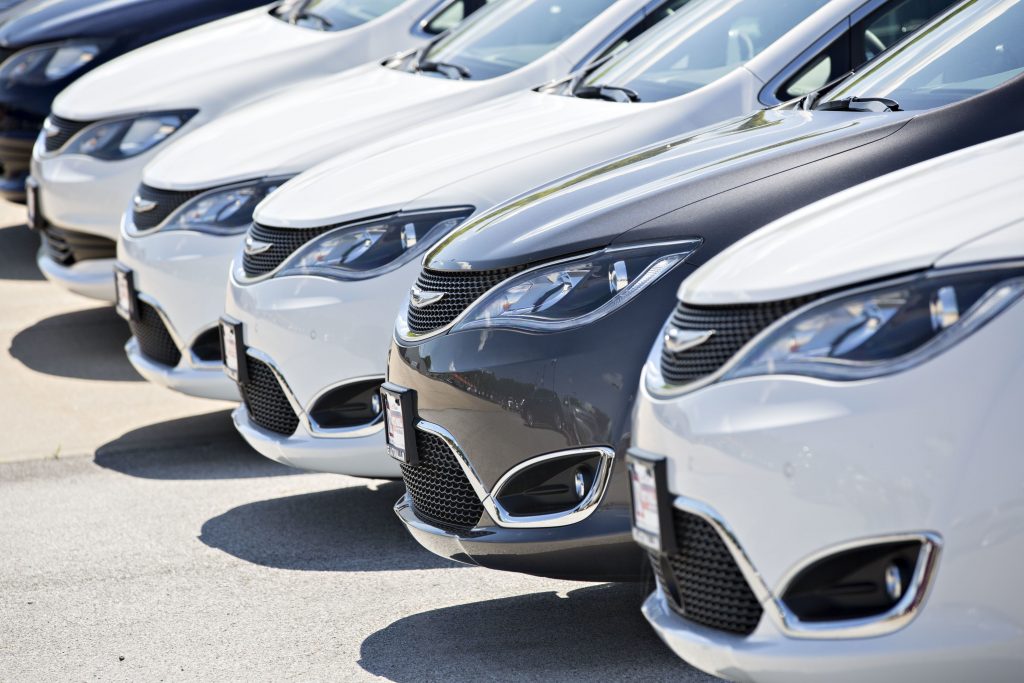