Last week I had the pleasure of writing about American Heroes.

This week the exact opposite thrust itself into our lives.

Unlike the humility of last week, this seven day period of headlines brought us a whiny sixteen year old, an idiotic actor, and a lack of laundry lady.

Someone needs to tell these imbeciles that BILLIONS of humans don’t believe, or care, and as we are no longer doing Common Core math, billions are more than millions.

In fact millions are nothing but a rounding error for the current population on planet Earth.

Speaking of rounding errors it appears the Liberals are no longer satisfied with ruining the minds of American and Criminal Foreign National children and are now importing Swedish pigtail pigeons who rant about the stealing of their childhood due to the irrational theory known as man-made climate change.

Poor David Hogg has been outsourced by a foreigner and I’ll bet she didn’t even bother to get a work visa.

Little Davy was once too often to the trough, and as the saying goes, pigs get fed, hogs get slaughtered.

Speaking of once too often to the trough Ashton Kutcher reportedly proclaimed “If you like President Trump or not America is the priority soliciting foreign interference in our election in [sic] unAmerican.”

This is quite hilarious coming from a guy whose most recent “memorable” moments are taking a picture of Demi Moore as she vomited into a toilet and having multiple threesomes with his wife.

Oh Kelso! How Bernie of you!

Of course just when we think it cannot get any worse the networks decide to flash Breaking News across the world.

Someone needs to inform these clowns that the news is broken.

Elizabeth Warren is now the Democratic leader in the Polls for the position of President of the United States!

Let us pause for a small chuckle while also clearing a little vomit from our throats.

Cheekbones Cherokee, the whitest of the white, is the front runner for the Party of Diversity while the second place contestant is the quintessential white guy followed by yep you guessed it get off my lawn white guy!

The Klan is alive and well.

The truly breaking news is the one thing the “journalists” have yet to journal on.

One black t-shirt, one black pair of pants.

She likes to rainbow coalition it all by changing the color of the same styled sweater once in a while.

I know the Libs like to call into question the sanity of President Trump but at least the man changes his look.

On a serious note those of us who have experience dealing with individuals who wear the same clothes daily are very aware of the psychiatric issues.

Wears the same clothes everyday, pretends and even defends her fictional genetics, and struggles to drink fluids from a bottle.

Even this amount of psychosis may not sway her No Klu Klux supporters, but the word on the street, that isn’t getting any headlines, is the list of Democratic heavy hitting donors quietly passing the word that the funds will dry up, and even be sent to one Donald J. Trump, if Crazy Legs Warren is the nominee.

That breeze, from the ever widening door, is coming from the great Margaret Sanger whale, the Chairman Mao moo moo, the woman who can’t manage steps but can handle the bottle.

Hillary the Horrible is hovering in a holding pattern, waiting to come to a theater near you.

Sun Sep 29 , 2019
The 2019 Acura NSX Mack Hogan | CNBC Acura reinvented the supercar 29 years ago with the original NSX. The high-powered, mid-engined supercar went toe-to-toe with Ferrari and Porsche while offering Acura levels of reliability and ease of use. While Ferrari owners had to pull the engine out of their […] 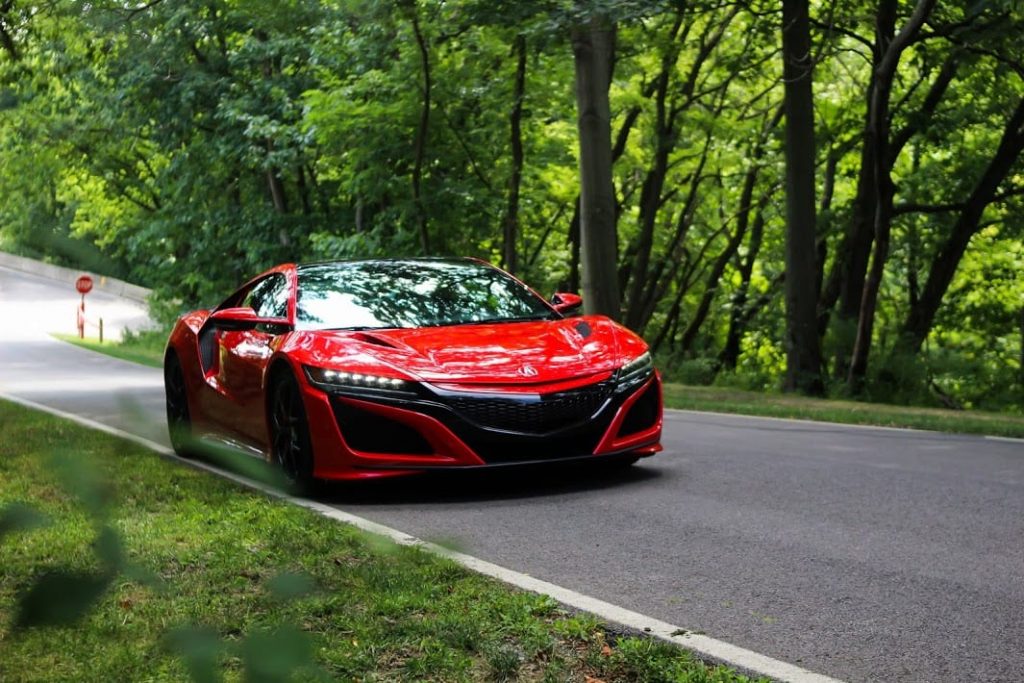