On Monday the inspector general for the Justice Department finally released the internal review concerning the origins of the Russia investigation.

The report concluded that there was no intentional misconduct or political bias surrounding efforts to seek a highly controversial Foreign Intelligence Surveillance Act (FISA) warrant found by investigators. The warrant was, in fact, to monitor former Trump campaign adviser Cater Page.

Page was observed during the months at the start of the Russia investigation dealing with election interference.

At least 17 significant errors were found by the IG probe and a new audit into the FISA process and procedures will be launched.

The report, which is nearly 500 pages, said, “We did not find documentary or testimonial evidence that political bias or improper motivation influenced the FBI’s decision to seek FISA authority on Carter Page.”

The unverified dossier that was compiled by former British spy Christopher Steele was undoubtedly anti-Trump but former FBI bosses James Comey and Andrew McCabe were shown as not acting with political bias.

Even the overall surveillance efforts targeting Page to secure the original FISA warrant for him in October 2016, were shown to have no bias, as reported by IG Michael Horowitz and his investigators.

Representative Devin Nunes, R-Calif., and the Republicans have contested the FISA warrant and the subsequent renewal applications. They claim that the FBI misrepresented key evidence and omitted exculpatory information used to support the warrant application came from the dossier compiled by Steele, who the Horowitz team has questioned why the FBI considered him to be a credible source.

The question of why news reports were used to make Steele look more credible was also brought to the FBI.

The Inspector General claims that his team has reviewed over one million records and has conducted over 100 interviews, including several witnesses who agreed to be interviewed just recently.

Page, who has been investigated as a foreign agent, has been vocal about his belief that he was unjustly targeted and not interviewed for the Horowitz probe and never charged with a crime.

Horowitz is scheduled to testify before the Senate Judiciary Committee on Wednesday morning to answer questions about his probe.

This investigation is over as far as Horowitz is concerned but Barr has assigned the U.S. attorney for Connecticut, John Durham, to conduct an inquiry into alleged misconduct and alleged improper government surveillance, which are criminal in nature, on the Trump campaign during the 2016 presidential election.

At this time, former Deputy Director of the FBI, Andrew McCabe, has been criticized by Horowitz in a separate inquiry for statements that were made by McCabe during a Hillary Clinton related investigation of which he has maintained no wrong doing and has not been indicted but he is facing possible federal charges.

Mon Dec 9 , 2019
SoftBank is backing out of its investment in struggling dog-walking start-up Wag. The Japanese conglomerate is selling its stake in Wag back to the company, according to people familiar with the matter and an internal memo viewed by CNBC. The news was first reported by The Wall Street Journal. “We […] 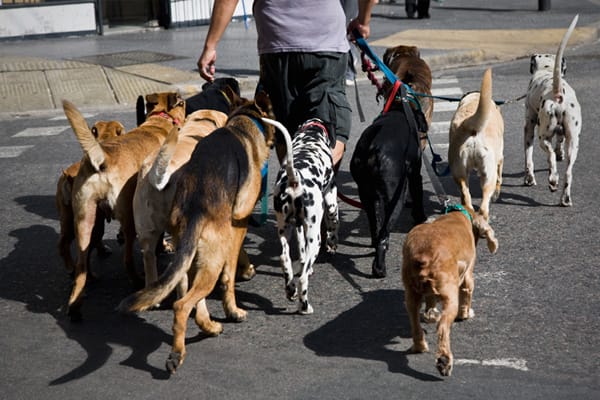