It was the early nineties and some of my teammates and I were in a van riding to a baseball game in Southern California.  I don’t remember how the conversation began but one of my teammates started in about no longer being black but rather an African-American. This was the new verbiage being introduced reportedly by Jesse Jackson. I liked my teammate. He was kind of a quiet person (my kind of guy) who also happened to not play very much.  I always felt for the guys who didn’t play much.  It wasn’t like they didn’t want to be out there but this was college athletics not Little League.  The best play because most coaches need to win to keep their jobs.

I listened until he finished and then told him he was wrong.  As stated earlier I liked my teammate.  This wasn’t one of those yelling at each other conversations but I had facts (or so I thought) and I stated them clearly.

I had taken an anthropology class and in the class we had been taught that there were three types of humans.

Caucasoids, Mongoloids, and Negroids, not black, white, brown, or African-American.

I’d been given just enough information to sound as though I knew what I was talking about.

We are Homo sapiens.

This doesn’t change regardless of the color of our skin, the size of our skulls, one’s like or dislike of certain foods, or our ability or inability to dance.

Races created because of sociological or “social construct theory” is pure propaganda otherwise Bruce/Caitlyn Jenner and Rachel Dolezal would both have created different “races”.

The conversation ended with my “facts”.  I truly believed everything I was saying (I’d been “educated”) and when you are using verbiage that others aren’t familiar with (cue Bernie Sanders followers) it’s pretty easy to sound as though you are right.  Furthermore I knew (on this I was correct) that African-American was not a new type of human, or a nationality, as there was no nation called the United States of Africa-America.

As college aged adults my teammate and I were both introduced to skin color bigotry.

Mine came from those who called themselves Professor.

His came from someone who called himself Reverend.

Is it any wonder most of have zero respect for many of our elders?

As stated earlier my teammate and I were both given false verbiage based on the color of a human’s skin.  Sadly this has only gotten worse.

How about Latino?  When asked what a Latino is, you will hear it all, including it is a “culture”.

What do you mean by culture?

Many will answer, “It’s the language spoken, the food, the music, etc.  The “culture”.”

Okay, so then Latinos would speak Latin right?

Then why are they called Latinos?

This is usually followed by a blank stare or “they come from Latin America,” with an eye roll.

Let’s come back to that one.  How about this?  Are Brazilians Latino?

You also mentioned food.  What exactly do you mean by that?

“You know, beans, rice, salsa, guacamole, hispanic food.” (Incredibly these conversations happen every day.  In fact every single one of us has heard a version of it over the airwaves in America. Taco Bell tells us repeatedly to “Make a run for the border”)

I like and consume all of those things.  If I eat them am I a Latino?

What if I eat all of those things and speak Spanish am I now a Latino?

“Because you are white.”

There we have it.

It means brown skin (La Raza) and for those of you who are a bit skeptical, this type of conversation happens every day in homes, businesses, on busses, and most commonly on-line.  We hear it about hair straightening, rap lyrics, or the media trying to feed us that the “Chinese people are boiling mad because one of their own was dragged off of a plane”.

The individual dragged off the United plane was reportedly from Vietnam but I guess “they all look the same” to the press.

More skin color bigotry and completely false as there is no nation called the United States of Asia-America.

Everything I just stated is completely true but because too many Americans are infested with another form of skin color bigotry known as “White Guilt” (yes this is actually a title of a book) the United States is not only struggling as a country but as a People as well.

As Humans attempting to Be.

Skin color has nothing to do with success or failure regardless of your personal opinion.  If this were true humans would group themselves by their own skin color and live happily ever after.

Both of these issues are based on behavior, not the evolutionary process of proximity to the sun over tens if not hundreds of thousands of years, but it takes a willingness to embrace the truth to stop all this ridiculousness.

Something that will not happen as long as we continue to hyphenate these United States.

If after all this you still choose to put African, Asian, Irish, Mexican, or Guatemalan before American I STRONGLY suggest you search out those continents or countries and live there.

This is a FREE society, as in you are FREE to leave, at any time.

Your presence isn’t required or needed.

If after all this, skin color is your primary issue, I STRONGLY suggest you search out countries with humans whom you believe look like you.

Regardless of your color there are lots of options.

Your Constitutional Rights will disappear, protection by the most powerful military in the world will hasten to exist, a job might be hard to come by and water might be scarce but the color of your skin won’t matter anymore.  Your life won’t get better because of it, as it is behavior that will still dictate this, but OUR lives in America will benefit, as your behavior, is removed.

If after all this you still choose to put Islam or Muslim in front of American I STRONGLY suggest you search out those countries that practice Sunni or Shiite Islam and are ruled by Sharia.  Your life will get dramatically worse as living under systemic oppression always has that effect but you can remove the American completely along with many of your “rights” as men, most of your “rights” as women and all of your Constitutional Rights as an American.

Finally if you choose to put Hispanic or Latino in front of American I STRONGLY suggest you stop as neither of these places are in existence.

Jesse Jackson is a bonafide moron to assume that only humans with black skin live on the continent of Africa but at least Africa can be found on a map.

The usage of Hispanic and Latino might be worse for those who use them, as they are both fictional labels created by hateful souls, whom have brainwashed too many humans, who are simply looking to meet their need to belong.

One last thought.  There’s no such thing as Native-American.

Hyphens are suppose to connect words, to bring ideas together, and by doing so, strengthen the concept.

They aren’t meant to be used to push the agenda of one by negating the other.

We are free or we are not.

We are Americans or we are not.

How to identify a cult: Six tips from an expert

Fri Apr 28 , 2017
Last Updated Feb 24, 2018 11:10 PM EST Up to 10,000 cults still exist today in the United States, according to psychologist Steve Eichel, a recognized international cult expert and president of the International Cultic Studies Association. He outlined several ways to identify cults. “Most cults are extremely small and […] 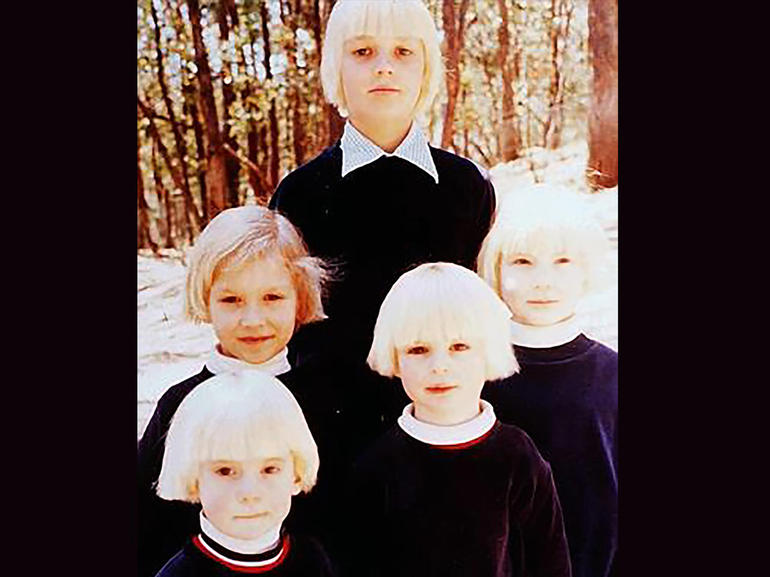