Sean Doolittle, pitcher for the World Series champions, Washington Nationals, will not be going to the White House on Monday.

The Nationals won their first time ever World Series on Wednesday, night in game 7 against the Houston Astros.

In keeping with tradition the Nationals were invited to the White House for an official meeting with President Trump.

The 2019 World Series Champion Washington @Nationals will be visiting the White House on Monday! ⚾🏆 pic.twitter.com/4Ri6pwDv7z

Doolittle told the Washington Post on Friday that he would be declining the offer and that he “just can’t go” because of Trump’s “divisive rhetoric.”

The pitcher said that it would compromise many of his beliefs to meet with Trump.

Doolittle went on to say, “There’s a lot of things, policies that I disagree with, but at the end of the day, it has more to do with the divisive rhetoric and the enabling of conspiracy theories and widening the divide in this country. My wife and I stand for inclusion and acceptance, and we’ve done work with refugees, people that come from, you know, the ‘s***hole countries’.”

Doolittle went on to say that he feels “very strongly about his issues [with Trump] on race relations” and his relationship with the LGBTQ community, and added that he doesn’t want to “turn my back” on his in-laws.

According to the Post, Eireann Dolan, Doolittle’s wife, “has two mothers who are very involved with the LGBTQ community.”

Doolittle also mentioned that he has an autistic family member and gave that as an another reason for his declining the invitation.

He said, “I have a brother-in-law who has autism, and [Trump] is a guy that mocked a disabled reporter. How would I explain that to him that I hung out with somebody who mocked the way that he talked, or the way that he moves his hands? I can’t get past that stuff.”

Doolittle says he respects the decision of those of his teammates who are choosing to go. He believes that by sitting out, he won’t be a distraction for those who actually want to be there.

It is not known at this time if any of the other players will sit out the invitation.

So, even though Doolittle will miss out on celebrating in the White House with his fellow teammates, his convictions are apparently rather strong.

Doolittle said, “People say you should go because it’s about respecting the office of the president and I think over the course of his time in office he’s done a lot of things that maybe don’t respect the office.”

He then added, “I don’t want to hang out with somebody who talks like that.”

How do you feel about a sport star declining a White House visit?

Personally, I feel that if Doolittle has a problem with the visit, then he should stay away but it is an honor to be invited to meet any president in the White House.

I hope that the members on the Nationals who do go will enjoy their time.

I’ll be watching to see if anyone joins Doolittle in his way of thinking. In the meantime, Doolittle will not be doing much at the White House, in fact, he won’t be doing anything.

Sat Nov 2 , 2019
Former Ford Motors CEO Mark Fields discusses the end of the United Auto Workers’ strike against General Motors and where the auto industry will go from here. Union workers at Ford will start voting Monday on a proposed four-year contract that includes wage increases and more than $6 billion for […] 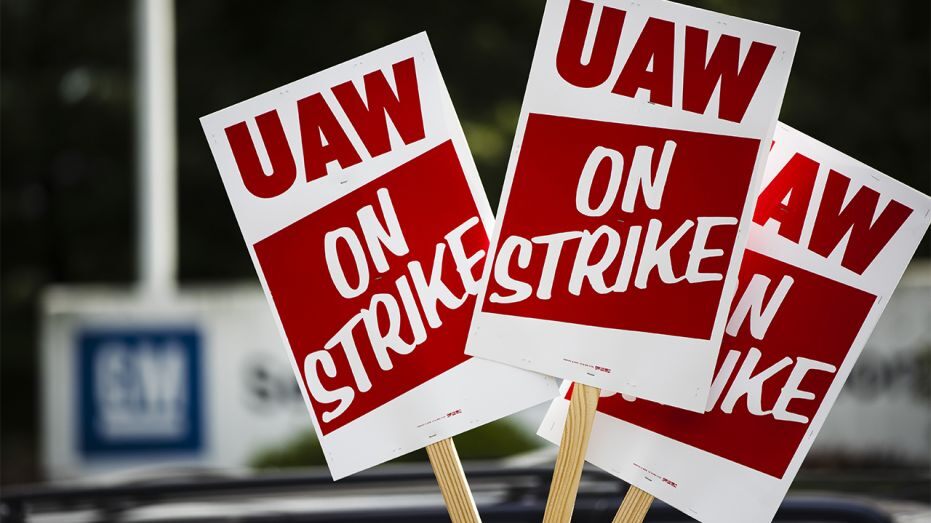