A delay looms over the consideration of a resolution condemning antisemitism over comments made by Rep. Ilhan Omar D-Minn..

Democratic leaders will put forward a vote on the House floor Wednesday to denounce antisemitism. The text of the resolution and whether Omar would be mentioned by name were left hanging but the latest text being circulated in the House does not mention Omar.

The argumentative environment could jeopardize bringing up the measure this week because there’s a risk it might not pass.

Over the weekend Omar held her ground and tweeted:

Our democracy is built on debate, Congresswoman! I should not be expected to have allegiance/pledge support to a foreign country in order to serve my country in Congress or serve on committee. The people of the 5th elected me to serve their interest. I am sure we agree on that! https://t.co/gglAS4FVJW

I have not mischaracterized our relationship with Israel, I have questioned it and that has been clear from my end.

I am told everyday that I am anti-American if I am not pro-Israel. I find that to be problematic and I am not alone. I just happen to be willing to speak up on it and open myself to attacks.

The Freshman from Minnesota has only been in Congress since January. Yet, she has been the center of controversy over numerous remarks she’s made that have been labeled anti-Semitic, as you can see from her tweets.

Anti-Defamation League Chief Executive Jonathan Greenblatt said in a recent letter to House Speaker Nancy Pelosi that Omar’s suggestion that Jews have a divided loyalty between the U.S. and Israel is “a vile anti-Semitic slur that has been used to harass, marginalize and persecute the Jewish people for centuries.”

Greenblatt did not leave out but did condemned the attacks Omar has faced for her own Islamic faith. A resolution would “send the unambiguous message that the United States Congress is no place for hate.”

There are some lawmakers who are pushing for Omar to lose her role on a key House committee.

The resolution only addresses part of the issue. Rep. Omar continues to make anti-Semitic remarks. These are her beliefs. If Nancy Pelosi is serious about denouncing anti-Semitism & supporting one of our strongest allies, she should remove Omar from the Foreign Affairs Committee. pic.twitter.com/iowehTTwVR

One of the things that is hurtful about the extent to which reprimand is sought of Ilhan is that no one seeks this level of reprimand when members make statements about Latinx + other communities (during the shutdown, a GOP member yelled “Go back to Puerto Rico!” on the floor). https://t.co/MwrRN4v4DG

GOP leaders finally removed Rep. Steve King (R-Iowa) from all committees for having promoted white nationalism and supremacy, Democrats should ¬insist on Omar’s expulsion from the Foreign Affairs Committee.

The House Democratic leadership would like to treat the resolution as a “suspension” measure which means that the House can bring the plan to the floor quickly with limited debate. It would need a two-thirds vote to pass.

We all have our own opinions on this matter but I do see that even I got into a little twitter debate on the subject.

Take Note, This Is The Same Woman Who Refused To Call Maduro A Dictator..

This woman should not be in Congress.

One Twitter user was not happy with my opinion. She and I tweeted back and forth:

This ought to be interesting… why?

She’s not anti-semitic because she refuses to pledge allegiance to Israel!

Yes, damn me! Does that make me anti semitic? Nope!

I didn’t answer the last response to me; should I?

Tue Mar 5 , 2019
Beauregard, Alabama — New details are emerging about the 23 people who were killed when a tornado hit Alabama. Four of the victims were children, and the youngest was just 6. A.J. Hernandez was ripped from his father’s arms, two days after singing in his school musical. David Dean texted […] 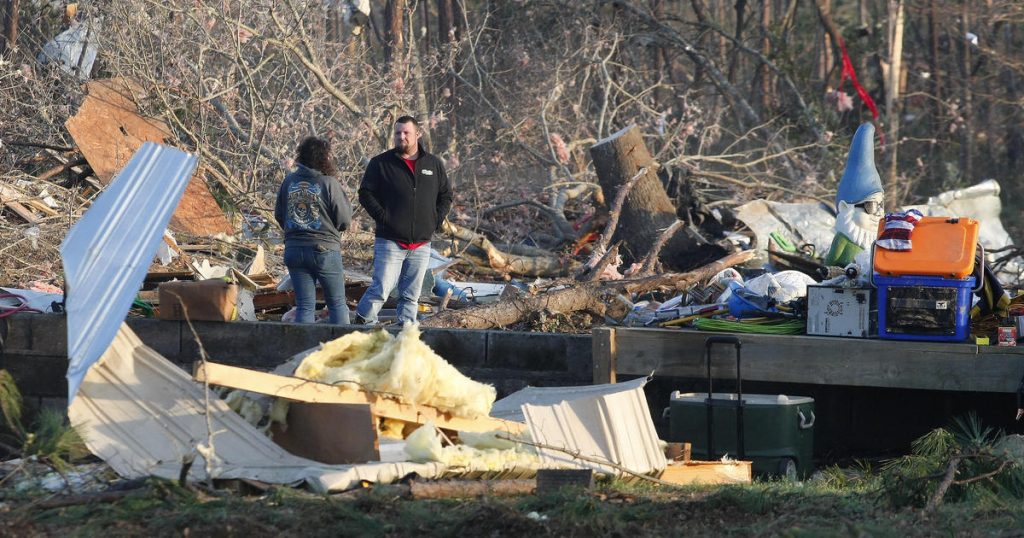