Trump was surrounded by conservative student activists at the signing ceremony. He said, “We’re here to take historic action to defend American students and American values. They’ve been under siege.”

The executive order directs 12 grant-making agencies to use their authority in coordination with the White House Office of Management and Budget (OMB) to ensure institutions that receive federal research or education grants promote free speech and free inquiry.

The order would put into effect the loss of federal research funding if they do not protect those rights. It will apply to more than $35 billion in grants.

Trump also said, “Under the guise of speech codes, safe spaces and trigger warnings, these universities have tried to restrict free thought, impose total conformity and shut down the voices of great young Americans like those here today.”

While private schools would have more flexibility in limiting speech, they would need to commit to their own institutional rules.

On the other hand, public universities that seek funding would really just have to comply with something which already applies to them, the First Amendment.

At the Conservative Political Action Conference last month, Trump gave an indication that this was in the works.

Trump said, “Even as universities have received billions and billions of dollars from taxpayers, many have become increasingly hostile to free speech and the First Amendment.”

A conservative activist who was attacked while working a recruitment table on campus at the University of California-Berkeley, Hayden Williams, was brought up on the stage by the president.

Trump said of Williams, “He took a punch for all of us. And we could never allow that to happen. And here is, in closing with Hayden, here’s the good news. He’s going to be a wealthy young man.”

Apparently, a lawsuit by Hayden is being contemplated.

Trump said, “If they want our dollars, and we give it to them by the billions, they’ve got to allow people like Hayden and many other great young people and old people to speak. Free speech. If they don’t, it will be costly. That will be signed soon.”

Thu Mar 21 , 2019
Check out the companies making headlines after the bell: Shares of Nike dropped more than 3 percent in extending trading Thursday following the release of the retailers better-than-expected third-quarter earnings results. Nike posted earnings per share of 68 cents, beating estimates of 65 cents, according to Refinitiv. Revenue came in-line […] 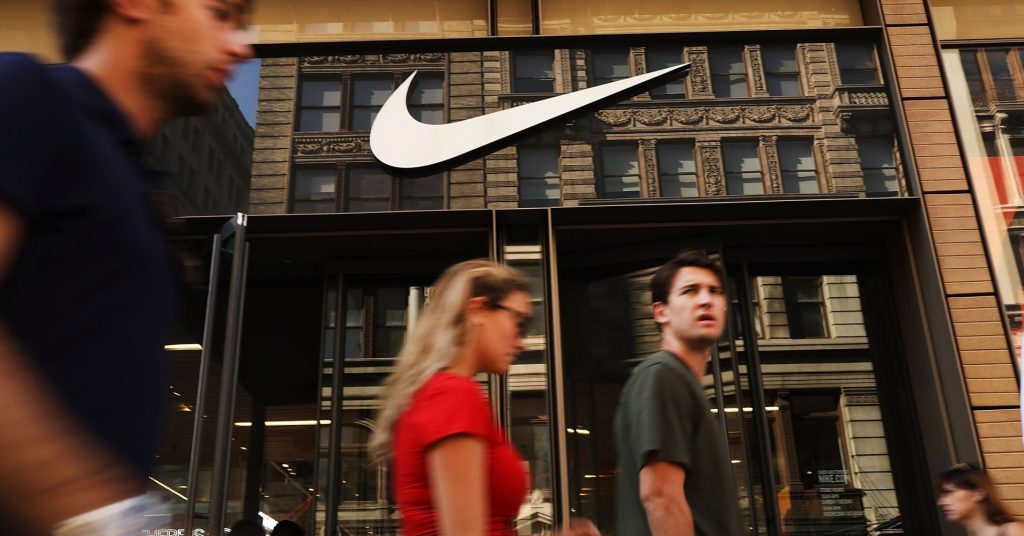