People hold a banner at the Amazon facility as members of a congressional delegation arrive to show their support for workers who will vote on whether to unionize, in Bessemer, Alabama, U.S. March 5, 2021.

The International Brotherhood of Teamsters, through a local chapter, late Monday filed for a vote on union representation with the Alberta Labor Relations Board at an Amazon warehouse in Nisku, Alberta, known as YEG1. The labor agency must first approve the election, at which point all workers at YEG1 employed as of Sept. 13 will be able to vote whether to join Teamsters Local Union 362. A spokesperson from Teamsters Canada said the warehouse employs between 600 and 800 workers.

“Amazon won’t change without a union,” said François Laporte, national president of Teamsters Canada, in a statement. “Be it on job security, pace of work, discrimination, favoritism, or wages, the company has proven itself to be profoundly anti-worker.”

Representatives from Amazon didn’t immediately respond to a request for comment. Amazon has previously said the company respects workers’ right to join or not join a union.

The union drive represents the latest attempt to organize Amazon workers, a highly sought after goal among labor unions in the U.S. and abroad for many years.

In April, workers at Amazon’s Bessemer, Alabama, warehouse voted overwhelmingly against unionization, with fewer than 30% of the votes tallied in favor of joining the Retail, Wholesale and Department Store Union. The union challenged the results of the election, claiming Amazon illegally interfered in the process, and the National Labor Relations Board is expected to issue a final decision in the coming weeks.

Even after the loss in Alabama, labor unions have continued efforts to organize Amazon workers. The Teamsters in June approved a resolution to fund and supply resources to Amazon workers hoping to unionize.

Teamsters Local Union 362 says YEG1 workers have raised concerns around discrimination and wages. Although Amazon recently bumped up hourly pay to between $17 and $21.65, workers say the pay raise coincided with the removal of a monthly performance bonus, “meaning that many Amazon workers are doubtful that the new raise will actually translate to more money on their paychecks,” Teamsters Local Union 362 said.

Tue Sep 14 , 2021
Tuesday Morning Quarterback: NFL returns to packed stadiums – CBS News Watch CBSN Live The NFL made its long-awaited return, with tailgating fans packing stadiums across the country for the first time since the start of the coronavirus pandemic. James Brown, host of “The NFL Today” and “Inside the NFL” […] 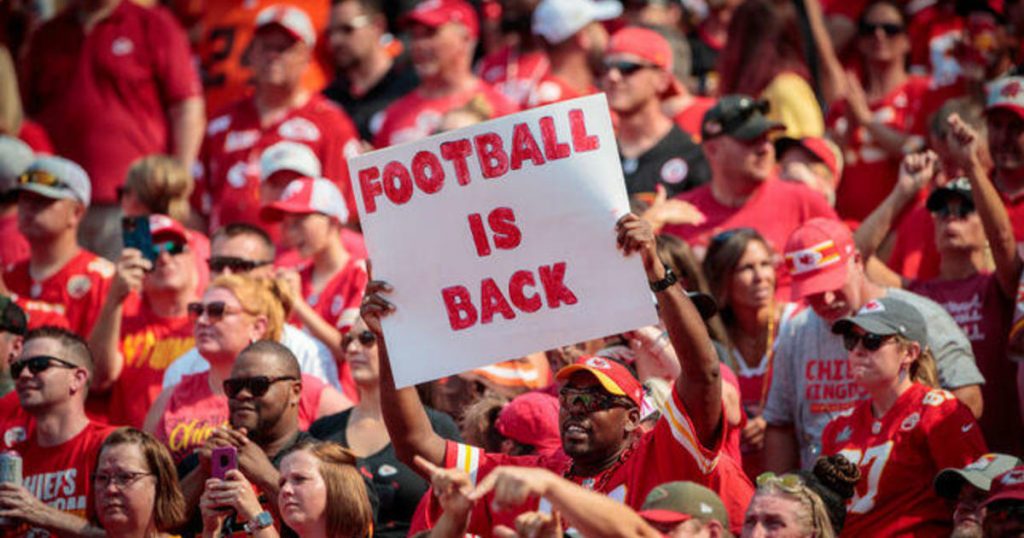