While gold slowly moved higher, and the cryptocurrency world careened all over the place, the media decided to focus on the potty mouth of a woman playing a game of which nobody cares, a talk show host nobody watches, and a story in the USA Today about, “Some US women taking their reproductive matters into their own hands. They’re ordering abortion pills by mail.”

So, so close, yet so far away.

Maybe try a condom, or a patch, or something called outercourse, (back in the day I think that was called second base, maybe third) or a wide variety of options available in Yahoo Search under BIRTH CONTROL, or I don’t know maybe try, off the top of my head, taking reproductive matters into your own hands and ordering pills to KEEP YOU FROM GETTING PREGNANT.

The media didn’t bother with the reported 15000 Mexican troops supposedly hanging out on our Southern Border with orders to NOT stop illegals from crossing into the United States.

This sentence poses questions and contradictions.

If they aren’t stopping the illegals then why are they there, followed by the surreal statement that Mexico actually has an Army?

When did this happen and what exactly have they been doing since 1848?

They work for the Cartels?

They are now at our Southern Border to ensure the drugs GET through.

We don’t have NAFTA anymore?

Trust me when I say nothing has changed. The drug smugglers and human traffickers are continuing to flood our country with both, courtesy of the Liberal Pelosi/Cortez Democrats and the RINO Chamber of Commerce Republicans.

President Trump is doing his best but each morning he must feel like Bill Murray looking for Andie MacDowell.

Looks like we are getting one blowhard after a mother.

Where are you Waldo?

How long can it possibly take to indict someone who committed multiple felonies, admitted to the acts, apologized for the acts, and then took the 5th in front of Congress?

Maybe you’ve heard of her.

That’s Obama, Billy boy in case you haven’t been able to keep up with his many aliases including Team Leader of the Choom Gang.

You gave us a Shiite (cough, allegedly) with multiple identities, who carpetbagged his way from Indonesia to Hawaii to California to Illinois to Washington while snorting Coke and having his college transcripts sealed.

So strong were his financial bonafides that his Chief Economic Adviser was the man who crippled General Electric, otherwise at one time known as the largest company in the world

Good ol Jeff Immelt as in I’m Melting all the hard work of Jack Welch.

As if that wasn’t bad enough he allowed the firm of Greenspan and Bernanke to continue forward under the name of Janet Yellen and crush interest rates for almost a decade creating the largest bubble in history that will eventually pop all over America and the world.

Frankly if it hadn’t been for Donald J. Trump the U.S.A would right now be at ZERO in-regards-to interest rates and Heil Hillary would be looking to hug Jimmy Hamas Carter, Robert KKK Byrd, and screaming for a “cloth” and another reset button while Putin continued to traipse into “NATO/European Union” territory.

The coup de grace (That’s French Liberals. Where did you go to school? Harvard?) for Barack (or whatever his name is) was the fact that he took counsel from a man who said the United States could simply mint trillion dollar coins and pay our debt back to ourselves.

Yes Paul Krugman, you are a bonafide moron.

Of course both of these hucksters are recipients of the greatest fraud of awards this side of the Oscars known as the Nobel Prize.

Who down with OFP!

I know, I know. Try not to laugh too hard and yes this column is “based on a true story”.

The Nobel “people” later said it was given in hopes of providing him inspiration.

In other words they tied Affirmative Action and a Participation Trophy together while the very “white” Nobel Klan embraced bigotry, err, diversity.

Paulie Shore Krugman received his PT because of his “explaining the patterns of international trade and the geographic distribution of economic activity, by examining the effects of economics of scale and of consumer preferences for diverse goods and services.”

Let me explain this simply.

Give that man a prize, a Nobel Prize if you will.

I’ve said it before and I’ll say it again these “Nobel” nitwits need to change their names to No Clue and be done with it.

If that wasn’t enough the Progressives in California have decided in July to raise taxes on gasoline (again) and background check anyone buying ammunition.

It’s very clear they haven’t thought this through.

The raising of the price of gasoline in the SUMMER will guarantee MANY problems.

Making ammunition harder to procure will guarantee at least ONE thing.

I’ve always proffered that rope was the best way to go but the Progressives in the Golden State appear to be trying to again make famous an appropriate Revolutionary War quote.

Do not fire until you see the whites of their eyes.

Of course in the Liberals case the only thing one would see at that close a range is their behinds as they tuck tail and run like the mutts that they are, bleating like sheep, in search of many villages, who are missing their idiot.

Asylum-seeker from Haiti finds an army of supporters in Cleveland

Sun Jun 30 , 2019
It’s a proud Independence Day tradition, naturalization ceremonies for new U.S. citizens across the land, including one at Monticello, the home of Thomas Jefferson. Yet even as others take the oath of citizenship this Thursday,  a refugee from the Caribbean is continuing his fight for the right to stay. This […] 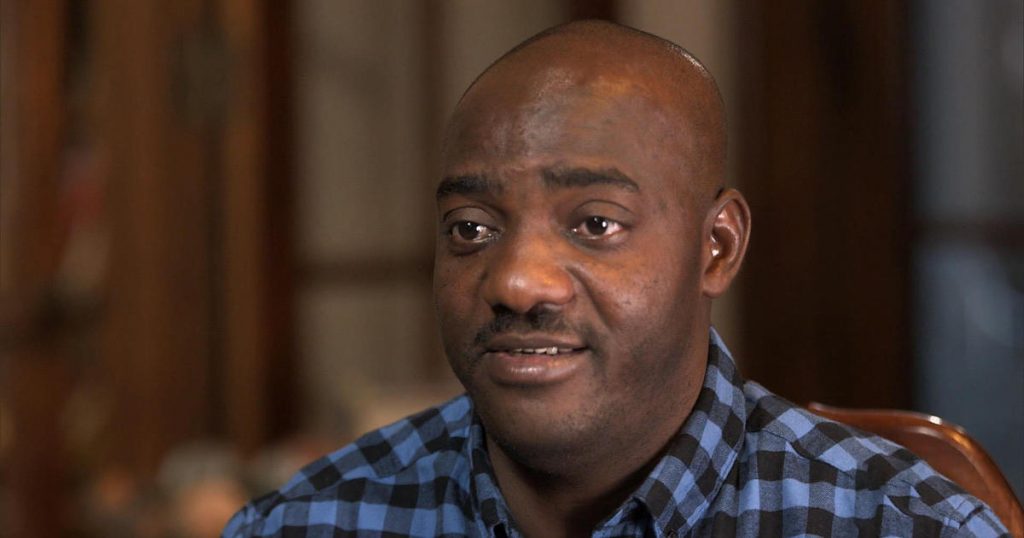