Who do you think the Democratic frontrunner is at this stage of the race for the leadership of the party?

It appears that President Trump’s re-election campaign believes that the leader of the pack of Democratic contenders for the head of the party is now Vermont Senator Bernie Sanders.

Weeks before the caucuses kick off the nominating season the polls in Iowa are showing the self proclaimed Democratic Socialist, Sanders, as the frontrunner.

Over this past weekend the Des Moines Register published results of its poll that showed Sanders leading in Iowa.

The Trump campaign has made it clear that it does not matter which candidate Trump eventually runs against in the general election.

Trump’s tweets pretty much sum up his opinion on his potential opponents. He even mentions billionaire Mike Bloomberg and Senator Cory Booker, D-NJ., who just pulled out of the race.

Here are a few tweets that are interesting:

Wow! Crazy Bernie Sanders is surging in the polls, looking very good against his opponents in the Do Nothing Party. So what does this all mean? Stay tuned!

Mini Mike Bloomberg is spending a lot of money on False Advertising. I was the person who saved Pre-Existing Conditions in your Healthcare, you have it now, while at the same time winning the fight to rid you of the expensive, unfair and very unpopular Individual Mandate…..

Bernie Sander’s volunteers are trashing Elizabeth “Pocahontus” Warren. Everybody knows her campaign is dead and want her potential voters. Mini Mike B is also trying, but getting tiny crowds which are all leaving fast. Elizabeth is very angry at Bernie. Do I see a feud brewing?

Really Big Breaking News (Kidding): Booker, who was in zero polling territory, just dropped out of the Democrat Presidential Primary Race. Now I can rest easy tonight. I was sooo concerned that I would someday have to go head to head with him!

Mon Jan 13 , 2020
People outside a TGI Fridays in Dublin city center. On Friday, March 15, 2019, in Dublin, Ireland. Artur Widak | NurPhoto | Getty Images T.G.I. Fridays, which is known for being the original singles bar, is planning to revamp its bar business as the company prepares to be publicly traded […] 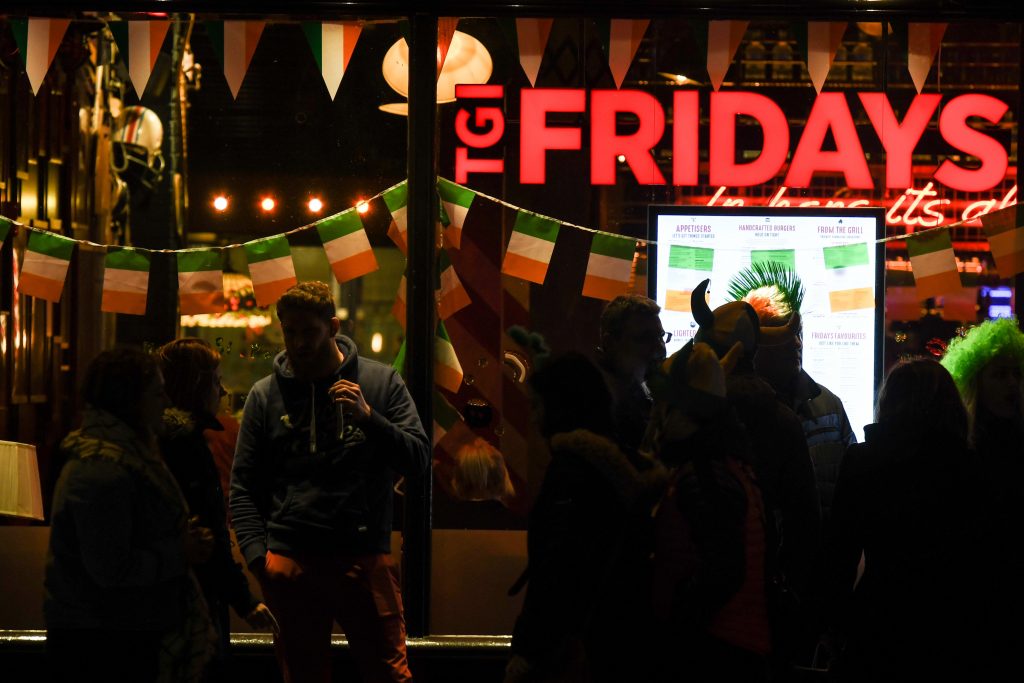