Stated below is the title of an “article” found on Boohoo (Yahoo) News.

(The) “President is ‘finished’ as majority of Americans demand impeachment, amid furious phone calls about Republican senators.”

Looks like it is again time to rosin up that bow.

While the smear and slander of Donald Trump et al. continues, the propaganda spewing from the side of Oppression, becomes more rabid while simultaneously losing effect.

Once too often to the well leaves a man parched and the Liberals are providing the image of the last gasp of a dying animal.

Thrashing about attempting to maim any and all left in its cancerous reach.

It’s time to put this creature down.

It’s been a while since I last reached out.

As I am not one to spend time wistfully or wastefully I didn’t feel the need, but due to the D.C. echo chamber that currently surrounds you, I thought it pertinent that you hear from an American.

An American who lives in California no less.

In a State whose leadership forces citizens to flee a crumbling dam on decrepit roads.

In a State whose leadership currently oversees $4.00 to $5.00 a gallon for gasoline.

In a State that allows public urination, defecation, intoxication, and fornication while calling for your Impeachment.

In a State that is now turning off the electricity because the weather in California is too much for them to handle.

Yes sir, you read that right.

The weather in California . . . in early October.

Who knows what lurks behind the doors of January, February, and March.

With the groundwork of these imbeciles laid, I want to make sure one thing is clear.

Those of us, who can and will, have your six.

You need not look to your right or left, but if you are so inclined, you will witness the American Citizen standing shoulder to shoulder in protection of these United States, our way of life, and you.

It appears the political chicanery of Impeachment in the House will possibly prevail.

With the traitorous carpet bagging clan (Yes, we are watching you Mitt Romney) that sits in the Senate, if this does indeed arrive on their doorstep, all things are possible.

There are times when analogies are better suited in the explanation of a situation.

This is one of those times.

As a carry permit owner yourself I know you understand the concept of Locked and Loaded.

The American People are locked in place with millions of magazines.

If your impeachment takes place, our last glimmer of hope that Justice shall prevail, will be gone.

From this point on, these concepts of the past, will begin to fill our present, and prepare our future.

Politics is an extension of War and as the cry roars across this great Nation the dogs will be let loose.

We cannot and will not let you be removed.

The American Lion has you covered six ways to Sunday Mr. President, and as we move into position and cover more than your back, we will need you to comprehend one thing.

For you nothing will change.

You will simply need to continue forward, as you have done, for the last three years.

You are not alone.

We will see you at the front and when you do we respectfully request that you take one step back.

We will take it from here.

Sun Oct 13 , 2019
Grounded Boeing 737 MAX aircraft are seen parked in an aerial photo at Boeing Field in Seattle, Washington, July 1, 2019. Lindsey Wasson | Reuters The worldwide grounding of the Boeing 737 Max, now in its eighth month, is driving up costs for airlines as they cancel thousands more flights […] 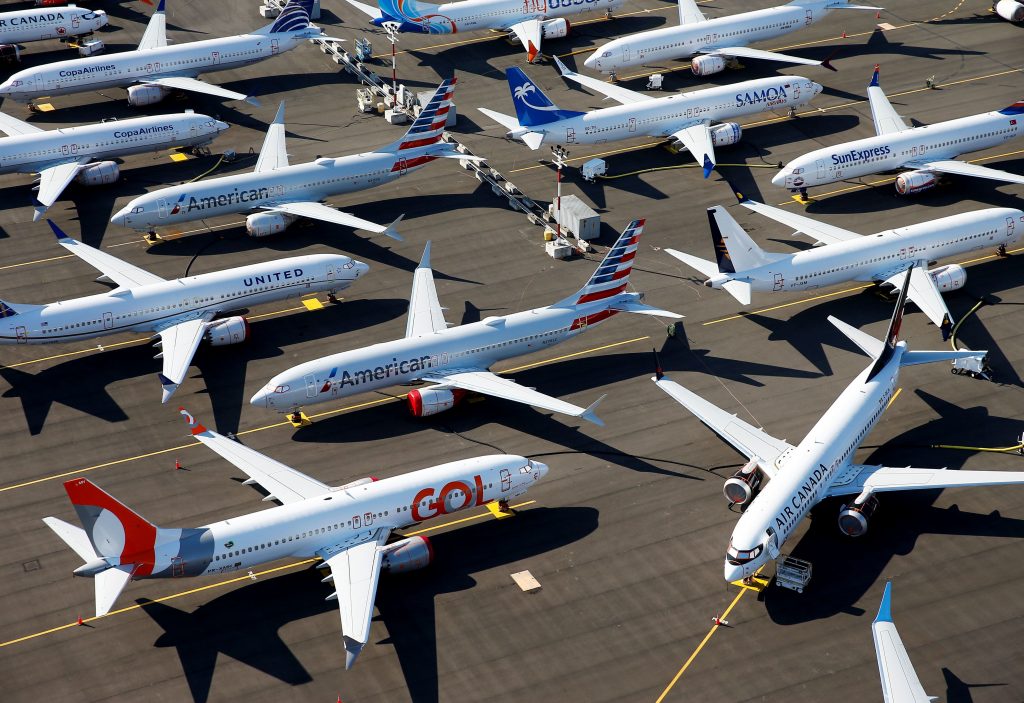