It took a while but the seas have finally parted, the clouds have strayed, and the truth was found on Social Media.

Was it “reusable cups being offered by Starbucks” to quell Climate Change?

Was it “Chicago Police Chief steps down” to spend more time with family?

Was it politicians “worried about the Rights” of a “whistleblower?”

Pardon me while I upchuck.

No, it was none of those hilarious non-sequiturs.

The truth the birds were singing about that traveled through Chief Wahoo News, FacePlant, TwitterDumb, and Communist Google was this.

Six words that cut directly to the chase, or seventy-two if you are using Common Core calculations.

I say this with incredulity, but I finally agree with the Cheekbones Cherokee in that anyone voting for the bottle gagging Native-American is a bonafide moron.

That was probably too many syllables for you to handle in a paragraph, let alone one sentence.

Of course it isn’t my fault you borrowed tens of thousands of dollars to listen to imbeciles compare and contrast Ebonics and the Bubonic Plague, how each letter of the alphabet can have its own gender, or why gay men have six pack abs while lesbians lead the charge at Krispy Kreme on buy a dozen get a dozen free days, so let me monosyllabically ease your pain and offer a helping hand.

The Harvard stain on America also known as Open Border Foreign Warren is possibly psychotic, definitely neurotic, and causes those of us who care about America to become caustic with the possibility of her sitting in the Oval Office.

Get that woman a booster seat, an extreme lobotomized makeover, and a CAN of Coors Light so she doesn’t drown herself.

The “frontrunner” for the fictional Party known as Democrats (The U.S.A is NOT a Democracy) wants government run everything, because she believes she knows better than anyone, what you need.

Why is she better?

According to her it’s because she is a Woman.

How “sexist” of her.

The mannerisms of Fauxcahontas are so bizarre she is starting to make Rape Fantasy Sanders look calm.

Then again that may be the heart attack speaking for PillowTalk Bernie.

So many houses to live in Corn Kernel . . . so little time.

Warren is even making the ghastly look “plausible” to the Progressives, as all the wealthy donors are starting to whisper to Pelosi, and asking “How is Hillary feeling these days?”

Of course Aunt Nancy answered “What difference does it make?”

Margaret Sanger would be so proud.

Of course if ol Maggie had her way Slick Willie Clinton, Barry Soetoro, and according to her genetic claims Chieftain Warren, would have all been aborted.

Hmmm . . . maybe Maggie was on to something here.

Then again I’m not sure how that would play.

Could you imagine Ms. Sanger looking to the Big Fella Upstairs and saying, “Hi God, it’s me Margaret. How would you feel if I sterilized and murdered a whole bunch of people who are poor or don’t look like me?”

Why would you do that Margaret?

Because they are genetically inferior.

How do you know this Margaret?

Of course ol Maggie would smirk, waggle her finger, redefine the meaning of oral sex and is, draw a red line, drop 150 Billion on Iran, release Uranium to Putin, blame it all on a New York businessman and say, you’ll have to trust me and approve it before you’ll find out what’s in it, but just between you and me God;

I looked at their cheekbones.

With deepest sympathy: The complications of coping with grief

Sun Nov 10 , 2019
Leslie Gray Streeter said the wedding pictures tell the tale of her picture-perfect marriage to husband Scott, whom she says “was hilarious and funny. I met him when I was 14. We were in high school together in Baltimore.” They went their separate ways, but as if by fate, 20 […] 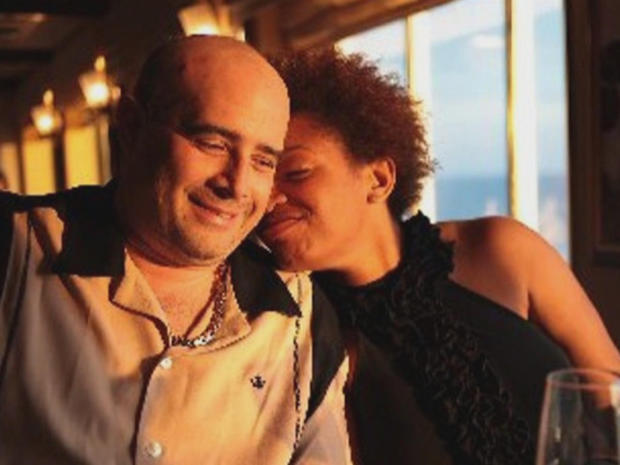