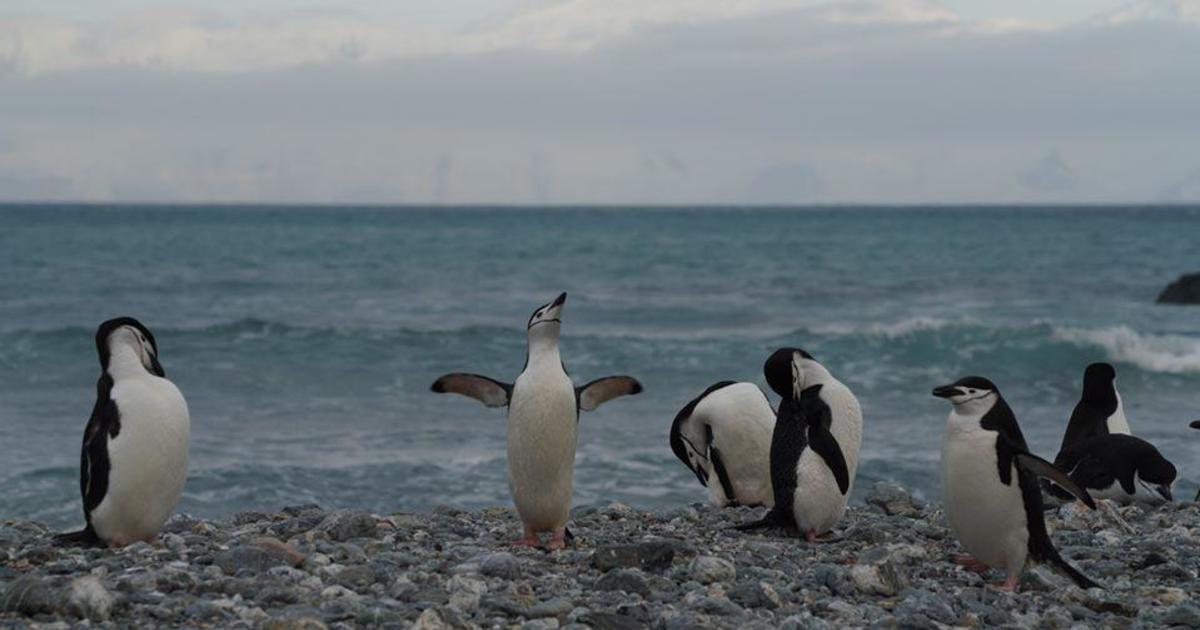 “CBS This Morning” sent correspondent Roxana Saberi to find out how climate change is threatening penguins for our series, “Eye on Earth.” Our team visited a place rarely seen by human eyes, but impacted dramatically by human behavior.

Elephant Island, Antarctica – A new U.S. government report found the last decade was the hottest ever recorded on Earth, and 2019 was the second hottest year ever measured. The data has raised new concerns, and one of the places most seriously affected is Antarctica, at the bottom of the planet.

CBS News correspondent Roxana Saberi traveled with a group of scientists working to determine how the warming weather is affecting one particular species; the chinstrap penguin.

Few humans have ever set foot on the remote, rocky shores of Elephant Island. It took Saberi and her team three days of sailing and clambering across rubber rafts with environmental activists from Greenpeace to get there.

Then the penguin counting commenced. So, why count penguins?

“They come back to the same place to nest every year, which means we can really keep tabs on their populations,” explains Alex Borowicz, a researcher at Stony Brook University. “By observing penguins and trying to figure out what makes their populations work, we can get an idea of the health of this whole area.”

Borowicz observes nesting areas, where one parent babysits while another travels down a “penguin highway” to fish for krill, then waddles back up to feed a chick with the shrimp-like food.

The scientists from Stony Brook and Northeastern Universities count each member of the chaotic colony on foot, using mechanical clickers, and scan them from above with high-tech drones. They want to know if the population of chinstrap penguins is dwindling on Elephant Island, as it is elsewhere in the region.

The researchers are traveling on Greenpeace ships from island to island across the Antarctic Peninsula, comparing different penguin populations to see how the animals are adapting to climate change. While it looks frigid, it is one of the fastest warming areas on Earth.

One nearby island, actually called Penguin Island, has seen its chinstrap population plunge by 75 percent over the past four decades. The numbers have dropped across the region as average temperatures have soared by more than five degrees over 50 years. That increase is about five-times the global average.

So do krill, the chinstraps’ favorite food. The tiny creatures also depend on sea ice to survive.

“Sea ice is really what brings all of the ocean life here together,” Borowicz says. If there is less sea ice, there’s less krill, which means less food for the chinstrap penguins.

After days counting chinstraps on Elephant Island, the scientists invited Saberi and her crew onto their ship to watch them crunch numbers from one nesting site.

“They’ve lost already 50% since the early (20)teens,” says the researcher compiling the data on a computer screen. “That’s amazing.”

That fits the pattern they’re seeing on the island so far: a decline of around 150,000 chinstraps since the last major survey 50 years ago. Another sign, the researchers say, that this penguin population is collapsing across the region.

“It’s very dramatic to have a wildlife population decline by 50% – an unexploited wildlife population. They’re not hunted,” says activist and researcher Steve Forrest. “I think climate change is driving almost all of the processes down here now in a way they’ve never experienced before.”

Penguins are a lot like people – they need food and a good environment to thrive. The researchers say that if the world continues to warm, other species – even human beings – will be affected.

Thu Jan 16 , 2020
Video taken by a passenger appears to show flames outside the window. January 16, 2020, 8:40 AM 3 min read A United Airlines flight from Newark to Los Angeles was forced to return to the airport minutes after takeoff due to a mechanical problem that apparently resulted in flames shooting […]