On Thursday the Supreme Court ruled that a World War One memorial in the shape of a cross can stand.

It was determined by a 7 to 2 vote that the Bladensburg Peace Cross, as it is known, is not religious in nature and does not violate the Constitution.

Justice Samuel Alito wrote in the court’s opinion, “For nearly a century, the Bladensburg Cross has expressed the community’s grief at the loss of the young men who perished, its thanks for their sacrifice, and its dedication to the ideals for which they fought.”

He went on to say in the opinion while quoting Justice Breyer’s concurrence in the 2005 decision in Van Orden v. Perry, “It has become a prominent community landmark, and its removal or radical alteration at this date would be seen by many not as a neutral act but as the manifestation of ‘a hostility toward religion that has no place in our Establishment Clause traditions’.”

The supporters of the cross, which include the Trump administration, said it was created solely to honor those heroes and is secular in nature.

In opposition to the cross standing are three area residents and the District of Columbia-based American Humanist Association. These include atheists and agnostics.

Those opposing believe that the cross should have been moved to private property or modified into a nonreligious monument such as a slab or obelisk.

Since the cross and land it sits on is controlled and cared for by a Maryland parks commission, the side in opposition says that it is an impermissible overlap of church and state.

The Fourth Circuit Court of Appeals had ruled that the cross was unconstitutional. The Supreme Court has reversed that ruling.

The Supreme Court has struggled to lay out clear rules governing when religious symbols are permissible on public land.

Thu Jun 20 , 2019
FILE PHOTO: A man walks past the Bank of England in the City of London, Britain, February 7, 2019. REUTERS/Hannah McKay//File Photo June 20, 2019 LONDON (Reuters) – The Bank of England said on Thursday it will lay the groundwork for a new platform to help small companies get loans […] 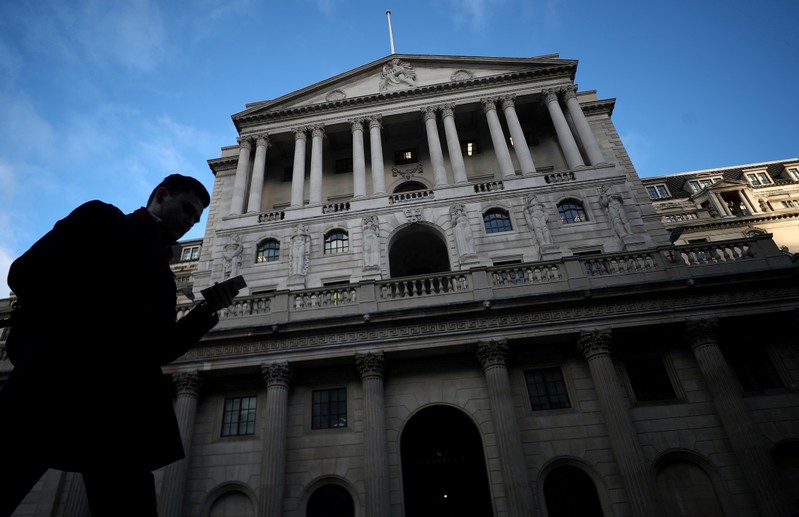