Have you put up a Trump sign or flag and had it taken down or stolen? Well, a man in Vermont did and he had it replaced by the presidential administration.

The 2020 Trump flag will be raised with a big celebration.

Gus Klein is a military veteran and lives in Burlington, Vermont with his family. He made the news last November and the story went viral.

Klein’s Trump 2020 flag was taken down from his front porch and burned. Klein and his wife, Anne-Marie, discovered the disturbing sight the next morning.

Klein said the phone came in and someone on the other end said to him, “Mr. Klein, you shut down the whole campaign team for the whole day. We have been looking for you,'”

Klein waited and a special gift came to his door. There were a number of flags, t-shirts, campaign buttons and even a hat signed by President Trump and Vice President Mike Pence.

Klein is planning to keep all the gifts in his family as a heirloom. He also is planning a flag raising today, January 12. Both Klein and his wife are holding an event at their home that is open to the public. A bagpipe will play as they raise the flag.

The couple will be joined by Vermont Congress runner-ups Republicans Anya Tynio and Lawrence Zupan. A bagpipe will play as they raise the flag.

The family is honored to have such a personalized package from the president but life has not been easy for the couple in the last few months. They have received numerous death threats since their story went viral.

Mean phone calls come to Klein and he said, “I hear on the other end some expletives, profanity, I guess, with the letter F. F you Trump fan, I’m going to kill you.”

Ann-Marie, Klein’s wife, called the incident “violent” and “scary” at the time.

I guess I’d be upset knowing that someone was on my property burning a flag I’d put up.

Klein said that there was “fear” that they couldn’t sleep peacefully on their own property anymore.

Klein spoke to whoever vandalized his property stating, “Don’t slither around in the hours of darkness. Come out and be a man or a woman and do the right thing.”

Vermont Police apprehended two teenage girls, aged 14 and 15, for the crime. It is being characterized as unlawful mischief by an alternative justice program.

After all is said and done, the Klein family remain Trump supporters and they are hoping that the community will not let this happen again. They just would like to agree to disagree with others.

Ann-Marie Klein said, “I still have faith in people and Vermonters letting us fly our flag freely without any issues or problems.”

Gus Klein added that he won’t be backing down. He said, “It probably fired me up a little more.”

It would fire me up too. Why must people be so mean and not let others support who they believe in? That may be a rhetorical question. The hate in this county has people doing some pretty nasty things to fellow Americans.

I say live and let live.

Sat Jan 12 , 2019
Julian Castro, former mayor of San Antonio and housing chief during the Obama administration, formally announced on Saturday that he is seeking the Democratic nomination for the 2020 presidential election. “Today we’re falling backwards instead of moving forward. And the opportunities that made America, America are reaching fewer and fewer […] 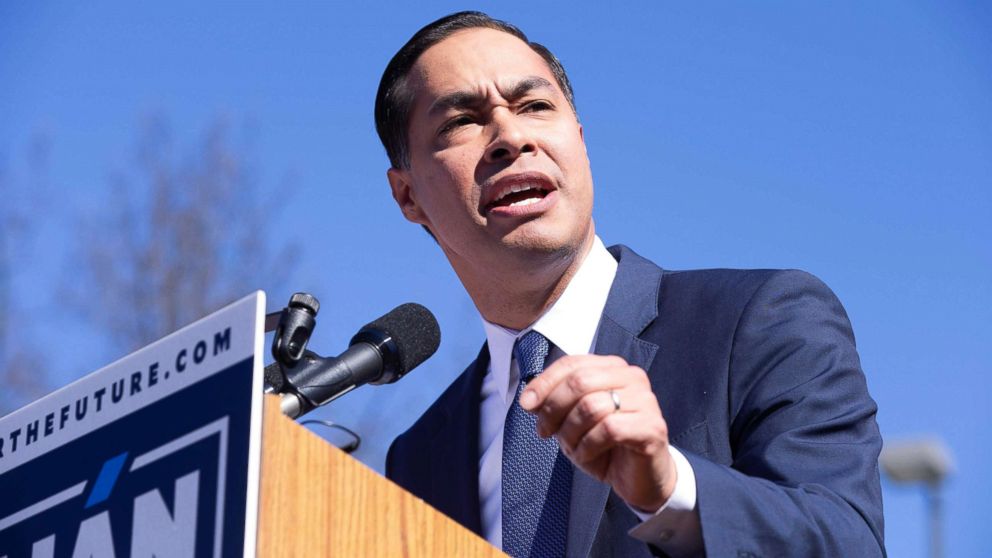